In case you missed it, the Walmart yodel boy turned into one of the year's most viral memes during the first week of April. While reporting on this little guy's yodeling skills, one of POPSUGAR's editors noted it was only a matter of time before Mason Ramsey made it onto The Ellen DeGeneres Show, and she was right! The 10-year-old yodeler made his debut on Ellen on April 10, and he took the opportunity to show off his charisma and reiterate his love for Hank Williams Sr. and cowboy hats.

Mason told Ellen that he had sung in Walmart many times before his performance in Harrisburg, IL, gained traction on Twitter — "50,000 times," in his words. "That's the only store we've got," he added. After talking about his dreams of performing at the Grand Ole Opry and going to college, Mason took to the stage for a live performance of "Lovesick Blues," and he nailed it. The best part? Ellen revealed a couple tear-jerking surprises at the end (doesn't she always?!) that left Mason smiling from ear to ear. Hint: it looks the self-proclaimed "country boy" is going to the Grand Ole Opry sooner than he'd imagined.

Schitt's Creek
Etsy Is Selling Schitt's Creek Prayer Candles, and We Want All of These Bebes
by Emily Weaver 11 hours ago

Home Decor
This Only Child Candle "Smells Like an Imaginary Friend," and LOL, the Truth to This
by Chelsea Dolan 15 hours ago 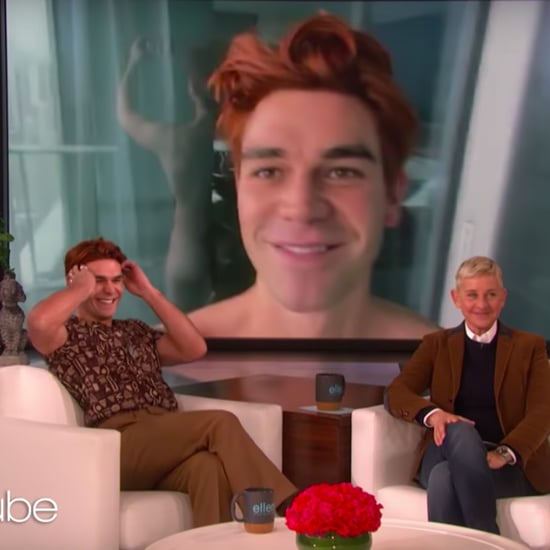 Babies
These New Parents Fell Asleep During Their Baby's Newborn Photos, and Wow, Relatable!
by Alessia Santoro 6 days ago