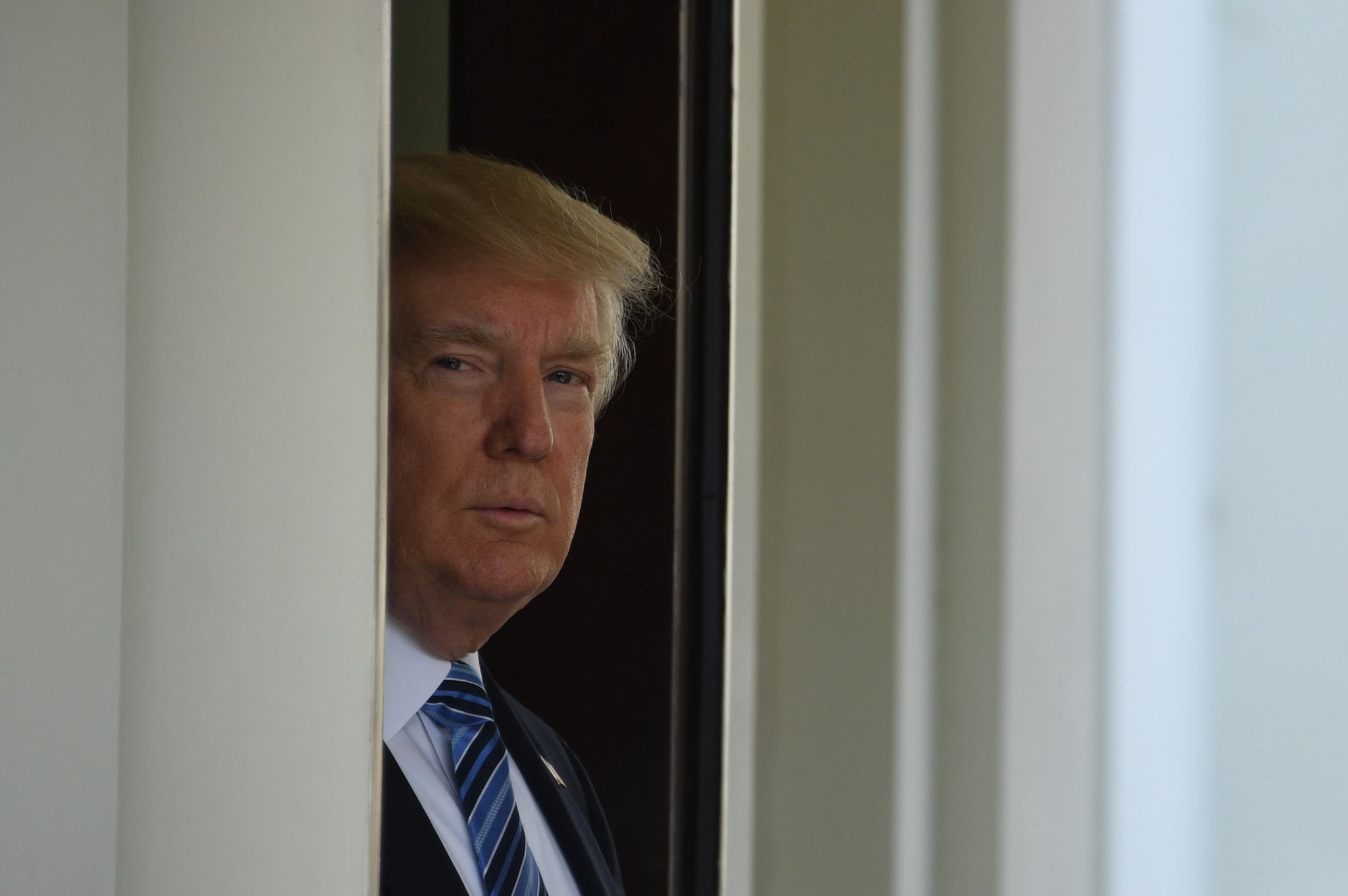 Back in May 2017, Democratic Rep. Jamie Raskin of Maryland introduced the Oversight Commission on Presidential Capacity Act, seeking to tap into a little-known clause in the 25th Amendment to set up an nonpartisan committee tasked with evaluating the fitness of the president for office. The bill had about two dozen cosigners, but seemed to be dead in the water — that is, until Trump decided to take to social media for several straight days, sending a barrage of hateful messages at the media and leaving many in Washington wondering about the president's current mental state. As the American people geared up to celebrate the Fourth of July, something completely unrelated to the birth of the country was trending on Twitter: #25thAmendment.

This tweet is evidence of mental deterioration. The President needs a psych evaluation. I mean that seriously and literally. #25thAmendment https://t.co/1w97stPB1e

In the most basic sense, the 25th Amendment deals with what happens after the president is no longer able fit to serve office due to "death, removal, resignation or incapacitation." Added in 1967 as a direct response to the lack of Constitutional guidance on who took over the presidency and vice presidency after the assassination of President John F. Kennedy (as well as the chaos and instability that ensued as a result), it had originally been proposed after it was discovered that President Dwight D. Eisenhower had been suffering from multiple illnesses that could have left him incapacitated. The amendment therefore ensured that there were firm guidelines for both the removal of a sitting president, as well as a clear line of succession each time a new president took office — and has only been used a total of six times since its inception, mostly to ensure an interim president while the elected president is under anesthesia during surgery.

Raskin's proposed bill utilizes a relatively obscure article in the amendment which allows the vice president and the majority of the president's cabinet or "such other body as Congress" to oust the president if he or she is "unable to discharge the powers and duties of his office." The congressman is proposing to introduce an independent panel — theoretically composed of former members of the US government — as the "other body," which would eliminate the need to get two-thirds of a divided Congress on board with the plan. It would, however, require Vice President Mike Pence's support.

Please RT if you agree the cabinet must invoke the 25th Amendment, TODAY, and immediately remove @realDonaldTrump from the presidency.

But the discussion of the 25th Amendment is no longer limited to Congress, or to the new bill. All across the country, people are calling for increased scrutiny on President Trump's mental health after he tweeted a video of himself violently wrestling with an opponent labelled CNN and launched a series of misogynistic barbs at MSNBC host Mika Brzezinski. Ultimately, the appeal of the 25th Amendment is that it serves as a measure that's slightly more plausible than a full-on (and basically impossible) impeachment process, and serves as a beacon of hope for those who are frustrated by the lack of recourse for the president's actions. And given the president's "modern-day presidential" habits, this is not a scenario that is going to disappear overnight — in fact, it's something that may gain even more momentum as Trump continues to take to Twitter to vent his own frustrations.

Invoking the amendment would be an incredibly difficult undertaking, though, and would require a whole lot of people agreeing on a course of action. Despite the unity we've seen around condemning the president's recent outbursts, when it comes to the actual politics of an action like this, it would likely come down to traditional party lines and stall out. But as we've seen over and over again, nothing is impossible in 2017 — so we'll certainly be keeping a close eye on the situation as it develops in the coming weeks and months.

Gun Violence
Daunte Wright's Mother Eulogizes Him in Somber Vigil Speech: "He Did Not Deserve This"
by Victoria Messina 11 hours ago

Jason Sudeikis
Jason Sudeikis Makes a Political Statement at the SAG Awards in a $1,100 Gucci Jumper
by Sarah Wasilak 1 week ago