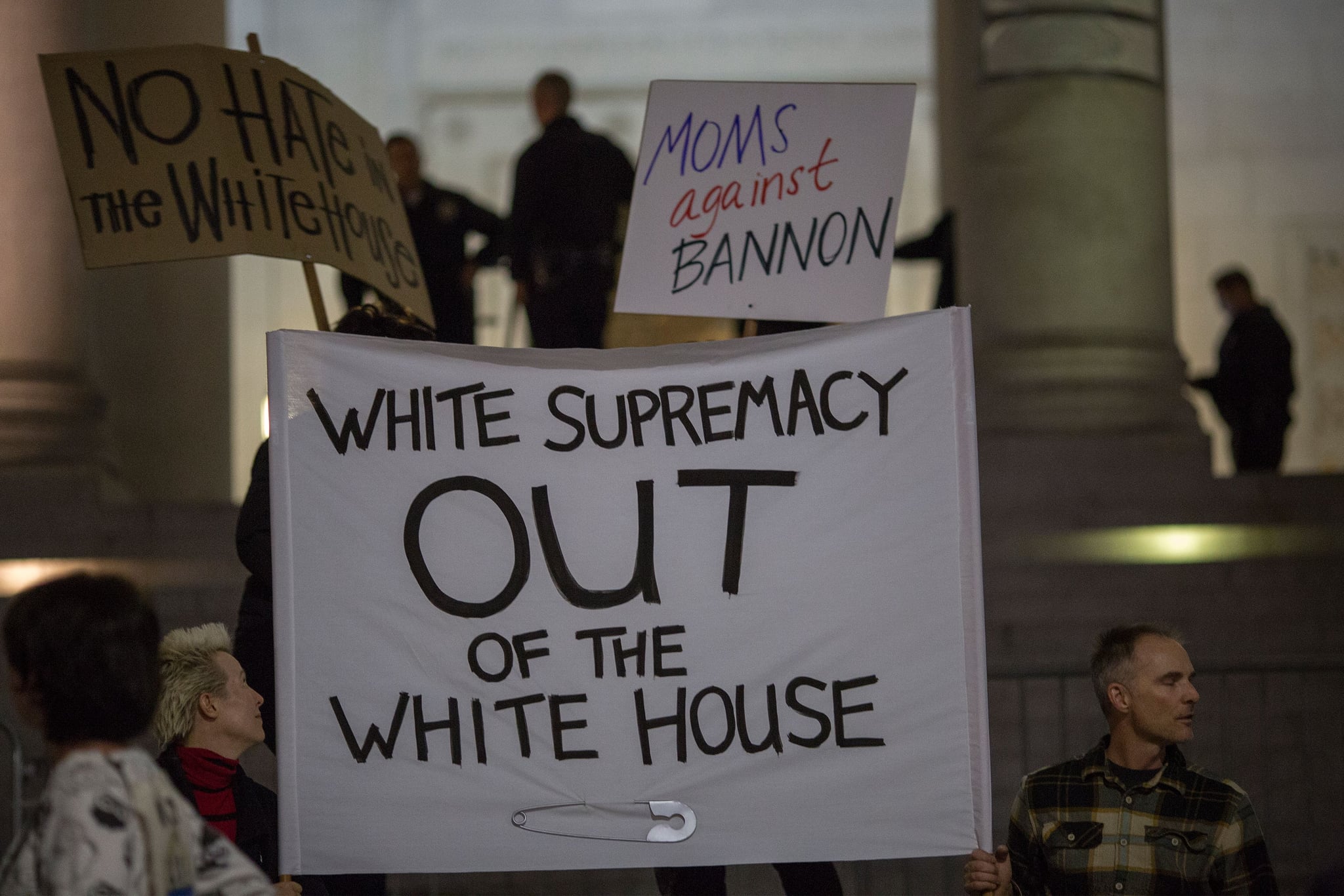 The term alt-right has been creeping into mainstream vernacular since the militantly conservative media outlet Breitbart News began promoting it. But alt-right is merely a cloak for an ideology rooted in white supremacy, white nationalism, and bigotry.

According to Richard Spencer — the founder of the National Policy Institute organization that advocates white nationalism and who claims to have coined the term — alt-right means an ideology focused on white preservation.

The Southern Poverty Law Center defines the alt-right as "groups and individuals whose core belief is that 'white identity' is under attack by multicultural forces using 'political correctness' and 'social justice' to undermine white people and 'their' civilization."

Wondering what the difference is between the alt-right and the KKK? ThinkProgress described it in a recent editorial. "The answer is very little, except for a bit of savvy branding and a fondness for ironic Twitter memes."

Perhaps more concerning is that former Breitbart CEO Steve Bannon openly characterized the website he ran as "a platform for the alt-right" to Mother Jones. He is now Donald Trump's chief strategist and senior counselor. In March, Breitbart published an article illustrating white nationalists as "an eclectic mix of renegades," but Bannon has denied any racism correlated with the term.

If you need further evidence of what the alt-right looks like, read this description of Spencer's actions while giving a speech at a white nationalist conference in Washington DC on Sunday. According to The New York Times, Spencer "railed against Jews and, with a smile, quoted Nazi propaganda in the original German." Spencer concluded his speech with a Nazi salute.

Using the term alt-right in the press and in conversations to characterize white nationalists is irresponsible and risks making the movement sound less harmful than it is — it also normalizes their beliefs. The alt-right is not a benign crusade against traditional conservatism, but a dangerously growing faction of white nationalists. Perhaps the worst part? It will be influential in the White House.

Video footage of Richard Spencer's speech courtesy of The Atlantic.

Joe Biden
In a Stunning Tribute, Nearly 200,000 Flags Have Been Planted on the National Mall in DC
by Amanda Prahl 18 hours ago