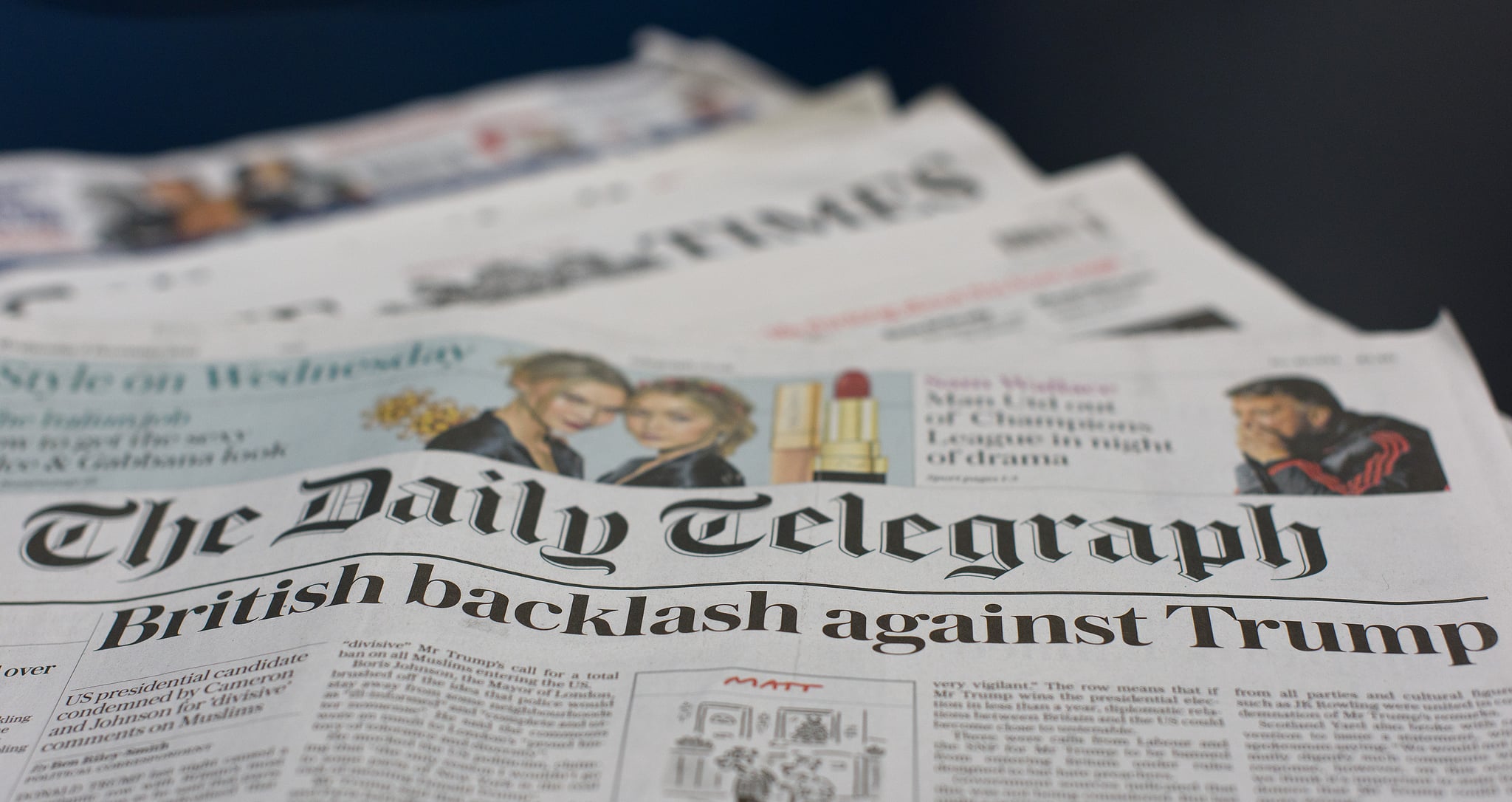 Religion and politics: two topics Americans know not to bring up in polite company. At least I was certainly taught that. Not so in Europe. Since moving to London two months ago from the San Francisco Bay Area, I have been surprised, often gleefully, at my European colleagues' desire to discuss politics and current world news. Frankly, it's a fascinating change from home, where friends, family, and colleagues may repost articles or tweets but never bring up their politics in a face-to-face discussion. The Brits I've met, on the other hand, can't contain themselves after hearing my American accent. Fond of banter and debate over a lunch or coffee break, they quickly jump into a discussion about the American election. The question is always the same, sometimes posed in a friendly, incredulous manner, other times, more accusatorily: "What is going on in your country?"

The discussion, reporting, and general fascination with the American election here in the UK rivals that of the US. Every day during my commute to work, headlines and highlights of the presidential debates or newest election scandal make the front pages of the free newspapers handed out at every major underground station. Recaps of the debates and interviews of political analysts can be found on the morning and nightly news. Even in the office, I've heard Americans and Europeans alike summarizing their stances on US politics. There is much more of an interest here about the American election than I've ever noticed about a foreign election from the US.

They fear that a Trump victory will normalize the anti-immigration, anti-women's rights, and anti-establishment rhetoric.

In some instances, the British news outlets (the free evening paper, the nightly global news, and of course, the morning perusal of top news stories scrolled through over coffee) refer to America and its politics like a silly kid brother. Most however, reference the political atmosphere with disdain, an embarrassing circus that surprises almost daily with new and offensive low points. The news fascination with who "won" each debate transcends an ocean, but British news often also includes a summary of "What the US Media Says," summarizing the key points from US news outlets such as FOX News, the Washington Post, and the New York Times in an effort to present both sides. In this way, the media attempts to present an objective summary of the facts (what was said in each debate, key points from each candidate's policies, etc.) Still, the British conclusion is never far from a condemnation of Donald Trump's antics, and a US political system and voting population that has allowed him to get this far.

The most surprising sentiment comes from actual discussions with British nationals and other Europeans. Some voice their concern over what a Trump victory could mean for American relations with Britain and with other European countries. Most assume with apprehension that even a Trump defeat will not end the more negative ideals he has come to represent — ideals that embolden like-minded thinkers domestically and abroad. They fear that a Trump victory will normalize the anti-immigration, anti-women's rights, and anti-establishment rhetoric that has dominated headlines in this past year. The fear that inevitably, the decisions made by the United States will have strong and loud global implications is one that surprised me. So often Europeans are characterized as looking down on Americans, I hadn't realized they gave so much weight to American politics.

While I've met those on both sides of the Brexit fence, I've yet to meet a single European Trump supporter.

Some Europeans I've encountered see similarities between the immigration and jobs concerns in the US and the motivation behind the successful UK referendum to leave the European Union. During the historic Brexit decision, Leavers, or those voting for the "leave" campaign, were often categorized by Remainers (the opposition) as anti-immigration and nationalistic, to put it lightly — or racist and out of touch, to put it bluntly. The Brits, particularly Londoners of whom the majority voted "remain" were taken by surprise at the outcome of the referendum vote. They hope that Nov. 8 doesn't leave Americans and the rest of the world similarly shocked by the outcome. Because while I've met those on both sides of the Brexit fence, I've yet to meet a single European Trump supporter.

Personal Essay
Is It Bad to Shop Fashion Brands That Go Against Your Values?
by Natasha Marsh 22 hours ago