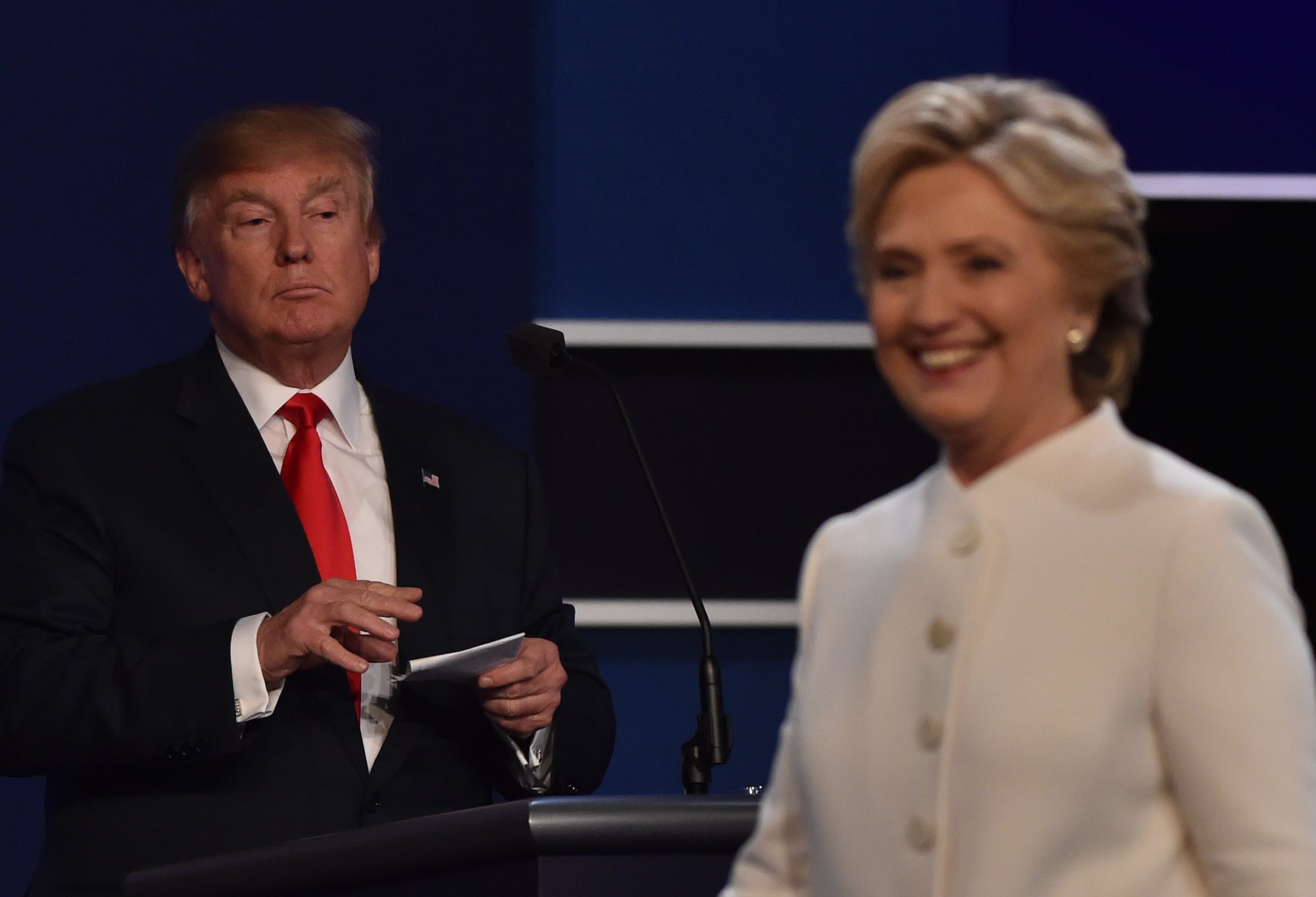 As voting-age Americans watched the debate Wednesday night, so did teenagers like 15-year-old Rivers Sheehan. Here is her account of following the last and final showdown between Hillary Clinton and Donald Trump.

I sit in my boarding school's common room in Santa Barbara, CA, with my classmates watching as Chris Wallace introduces the debate rules. There are no teachers here; the audience is made up of students ranging from grades nine to 12. We all crack jokes as Hillary Clinton and Donald Trump make their way onto the debate stage. Someone notices that both candidates might benefit from "Kylie-esque lip fillers." I hear someone else comment on Clinton's makeup and hairstyle, but I think Trump was probably wearing more makeup than she was. Others pull out their phones to begin applying Snapchat filters to the candidates' faces, as has become tradition over the past two debates.

While many of my friends and I laugh about the absurdity of this election, we share the same fears that every adult does. Are either of these candidates fit to run this nation? How will we survive the next four years? How did we even end up with these two options? People are so eager to hear from the candidates that we quiet each other as we watch.

As a teenage girl, I hope that my rights will be respected by our future president.

The first question asks the candidates where they would like the Supreme Court to take the country and how they perceive the Constitution. This strikes me because although I cannot vote, I would like a candidate who believes that the Supreme Court must represent the people. As a teenage girl, I hope that my rights will be respected by our future president, a president that will essentially be forced upon me without any input from my peers or myself.

Next, discussion of the Second Amendment leads to a debate over gun control. This topic is terrifying to me because I'm not sure how anyone could ever try to justify 33,000 deaths a year. This statistic is so horrifying that some kind of response is surely necessary. Whatever one's beliefs are about guns, it is impossible to ignore the fact that this nation needs a change. My classmates watching with me come from all over the world. Some come from Chicago, a city that Trump says is in chaos as a result of gun control (and not the other way around), others from Florida, where a tragic shooting occurred only months ago. We all agree that something must be done, and I hope our country's next president will be able to approach this problem with clarity and reason.

Over the next few topics, the debate often strays from issues like abortion, immigration, and the economy to name-calling and petty arguments. We all laugh when Trump calls Clinton a puppet, and every time Trump uses the phrase "bigly" (Or is it "big league"? Who knows?)

Laughing is pretty much all we can do when we get frustrated that Trump makes a ridiculous statement. After the debate is over, many of my classmates will complain that no one took the debate seriously because Trump blatantly lied throughout it.

It's hard to crack jokes about the very serious reality of the election.

I'm exhausted at the end by the constant bickering. As Trump and Clinton make their way off the stage, my friends and I discuss how the debate went and all of the times Trump had made shocking statements. We pull out our phones, and a few people show me the funny Instagram posts and tweets about the debate (like this Instagram joke about how hard it must be for Clinton not to laugh at Trump). Most of us think they're hilarious, but it's hard to crack jokes about the very serious reality of the election.

Of course I find humor in much of this election, just as people like John Oliver and Trevor Noah do, but I know this race carries serious consequences. One of these people will be our president come January. As this sinks in, I hope that when the year 2020 comes, I will have the opportunity to vote for a candidate that I truly believe will make a good president. I realize that the next four years will influence what America looks like when it comes time for my friends and me to vote in our first presidential election.

On Nov. 8, I hope to watch America's first female president-elect give her victory speech. As a teenage girl, seeing another woman take up our nation's highest office would convince me that I can achieve my loftiest goals. She is demonstrating to girls everywhere that — no matter if you agree or disagree with her policies — we shouldn't let anyone tell us what we can and can't accomplish.

Shopping Guide
8 Best Reads From the Biden and Harris Families, From Memoirs to Children's Books
by Anvita Reddy 13 hours ago