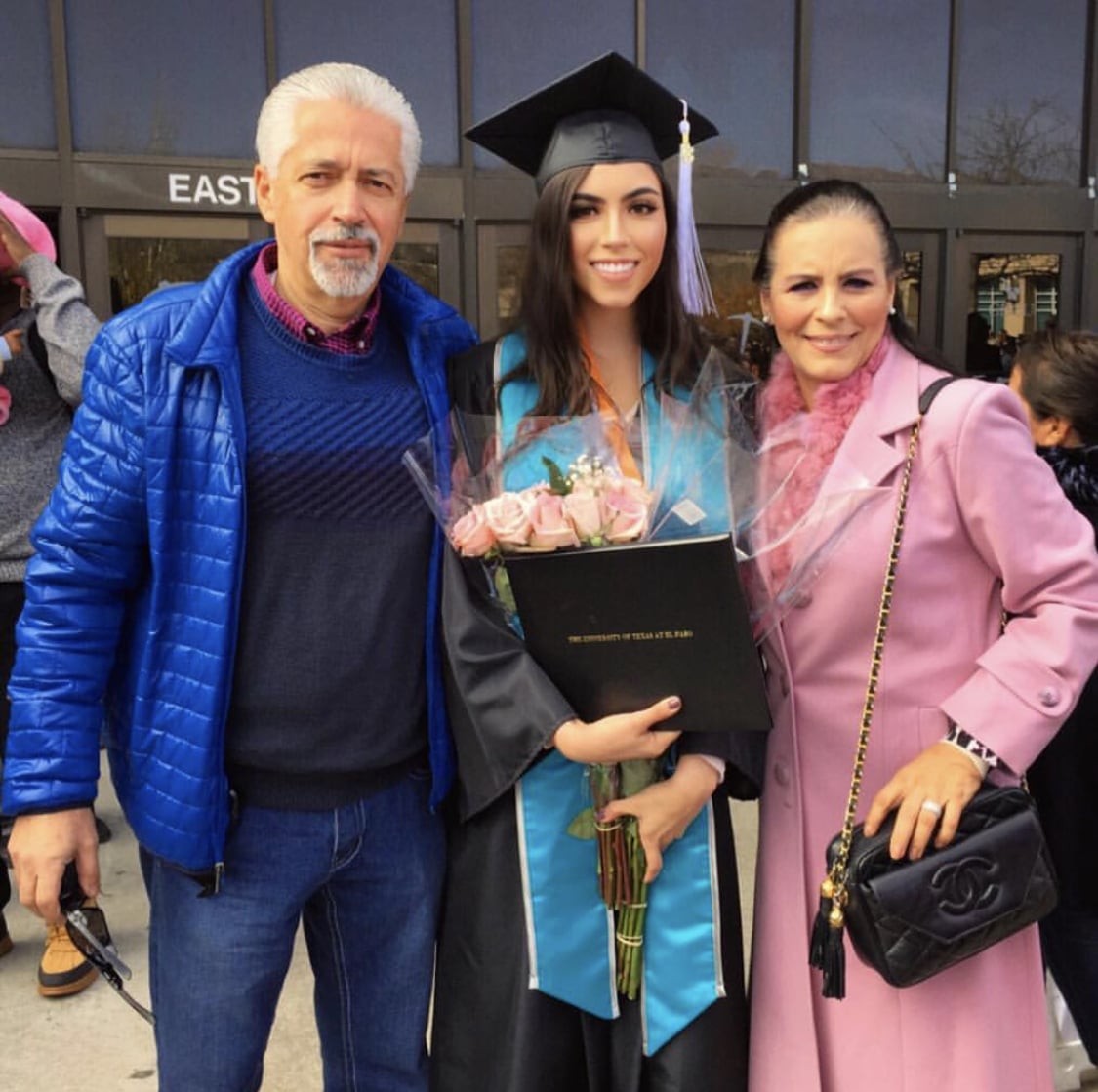 Irais Urais is city editor for University of Texas at El Paso's Borderzine, a bilingual digital magazine about the borderland. This year, Borderzine is a first-time participant in NewsMatch, a national campaign to raise funds for nonprofit newsrooms. Visit the NewsMatch site here to find out how to support their work.

I still remember the day 10 years ago when my father Octavio came home from work as a landscape designer and informed me, my mom, and my siblings that we were moving to the other side of the border. I was 13 years old and finishing sixth grade at a public school in the border city of Ciudad Juarez — considered at that time to be one of the most dangerous cities in the world because of crime and drug cartel violence.

The violence hit close to home; my uncle had recently been murdered, and several family members were threatened. I remember my dad saying, "We have no choice nor time; it's not safe for us here." I was angry and confused. I didn't want to leave my home, my school, or my friends behind. I was stunned and didn't understand why we had to move so suddenly and unexpectedly to El Paso, Texas. My family and I have always been legal residents of both countries. We were born in the US and we are Mexican residents.

El Paso and Ciudad Juarez coexist as sister cities, forming one of the largest binational metropolitan areas on the Mexico-US border, sharing a population of 2.7 million people. Thousands of people cross the border either by foot or car every day to go to work, school, and visit relatives. Although it can take one to two hours to cross the border checkpoint by car into El Paso, you can walk across the border bridge in about five minutes. That is how close we are.

"What felt like losing my home 10 years ago I now see as gaining a second home."

Before that day, I had visited El Paso with my parents, sister, and brother many times to eat at restaurants, shop for clothes, and visit relatives from my mom's side of the family. We were used to crossing the Paso del Norte International Bridge, driving to El Paso frequently, yet the thought of living there had never crossed my mind.

The day of the move — exactly a week after my dad delivered the news — was chaotic and exhausting. Because we didn't have a lot of time to pack or even process the idea that we were about to make a major move to another country, we packed so simply it seemed automatic. My sister Giselle and I helped my mom Alma pack our clothes, our favorite dolls, stuffed toys, and personal belongings into boxes. My dad rented a big truck and he and my brother packed it up with our possessions. It took us a day and several trips back and forth across the border to move everything to our new home on the west side of El Paso, near the Rio Grande River. 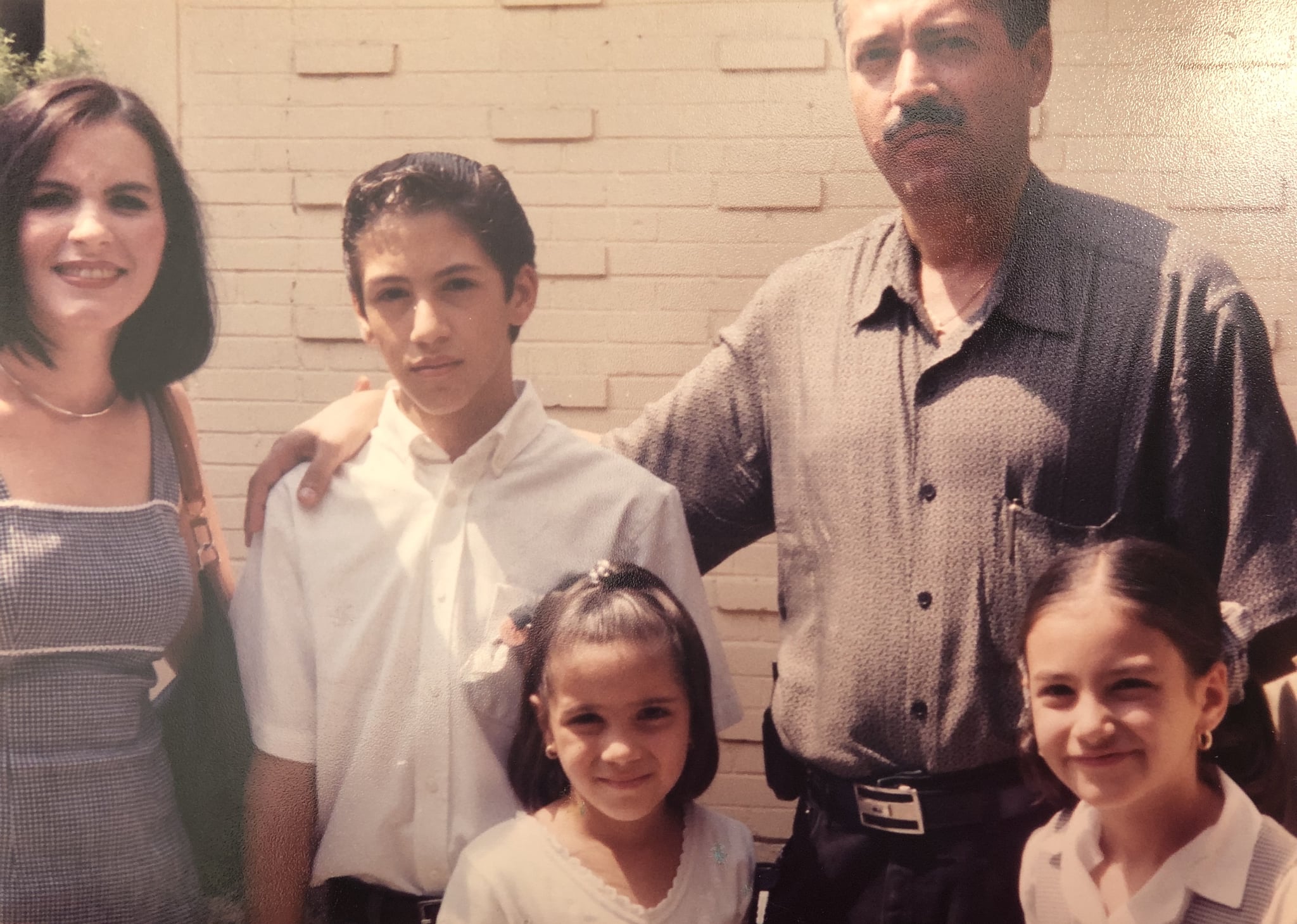 I was impressed with the big houses in my new neighborhood because they weren't separated by high fences and tall walls for security like they are in Juarez. In El Paso, the houses were larger and not made of concrete. The streets had sidewalks. Even though the houses in El Paso weren't separated by walls and fences, neighbors hardly ever spent time outside, nor do they seem to interact or socialize. In Juarez, we knew the first and last names of everyone on our block. The streets of my new neighborhood were safer, but seemed devoid of people and traffic. It took me several months to settle in and feel comfortable in my new bedroom. I used to share one with my sister ,and now we all had our own.

On the first day of school at Loretto Academy, an all-girls school in central El Paso, I was nervous and intimidated. I didn't speak much English at the time, but did understand what the teachers and other students said because I had studied English, starting in fifth grade, back in Juarez.

"I consider myself a fronteriza, a borderlander, someone who embodies two languages and cultures and moves smoothly between them."

I was fortunate to have a cousin who attended Loretto, and she made it a little easier for me to settle in and not feel lost. Yet, in some classes, I had to fend for myself and get out of my comfort zone. I struggled to get people to pronounce my name correctly. Sometimes, the other girls would make fun of my name, calling me "erase" or "ice" when they couldn't pronounce "Irais" properly. I didn't know what to respond because I didn't feel comfortable speaking to them in my broken English. All of my classes were in English, but I also had English tutoring after school, and I would practice with my cousin all the time. I also forced myself to watch English-language television and movies. Day to day and week to week my English improved until, two months later, I began to speak fluently.

The transition from Juarez to El Paso, from Spanish to English, shook me to the core. Before the move, I viewed El Paso as our neighbor city: a calm, welcoming, friendly place where we visited on weekends to see family. It took time, energy, and much effort to see it as home, because although it is a several-mile commute across a bridge over a trickle of a river to get from Juarez to El Paso, El Paso is not Mexico. The culture shock hit me hard.

Now that I am older and about to graduate from college in El Paso, I realize the move wasn't a goodbye to Juarez, but just a see you later.

In the first few years after our move, my parents didn't let me or my siblings cross back into Juarez, because it was still considered dangerous. Yet. my dad continued to cross the border every day to his landscaping business in Juarez. Over the last few years, as the violence has diminished, I have resumed my return trips to Juarez and now cross from El Paso to Juarez, and back to El Paso, nearly every weekend.

I visit my grandparents and spend Christmas in Mexico every year. I go to our family doctor, go shopping at Misiones, one of the main malls in Juarez, eat out at Los Arcos — my family's favorite restaurant — attend concerts and events, and hang out with my Juarez friends. Sometimes, my family spends the entire weekend camping outside at my dad's ranch, and we sometimes spend the night at my former home which we still own.

What felt like losing my home 10 years ago, I now see as gaining a second home.

You may wonder how I identify after living in both border cities. In truth, I consider myself a fronteriza, a borderlander, someone who embodies two languages and cultures and moves smoothly between them. Living on the border has inspired me to become open-minded, understanding, and welcoming of people from different backgrounds. It has taught me resiliency and the importance of adaptation.

Even though I have considered moving away at times, I don't see my life unfolding anywhere but here on the border, my home. I am Mexican and American, and consider myself fortunate to inhabit both worlds.