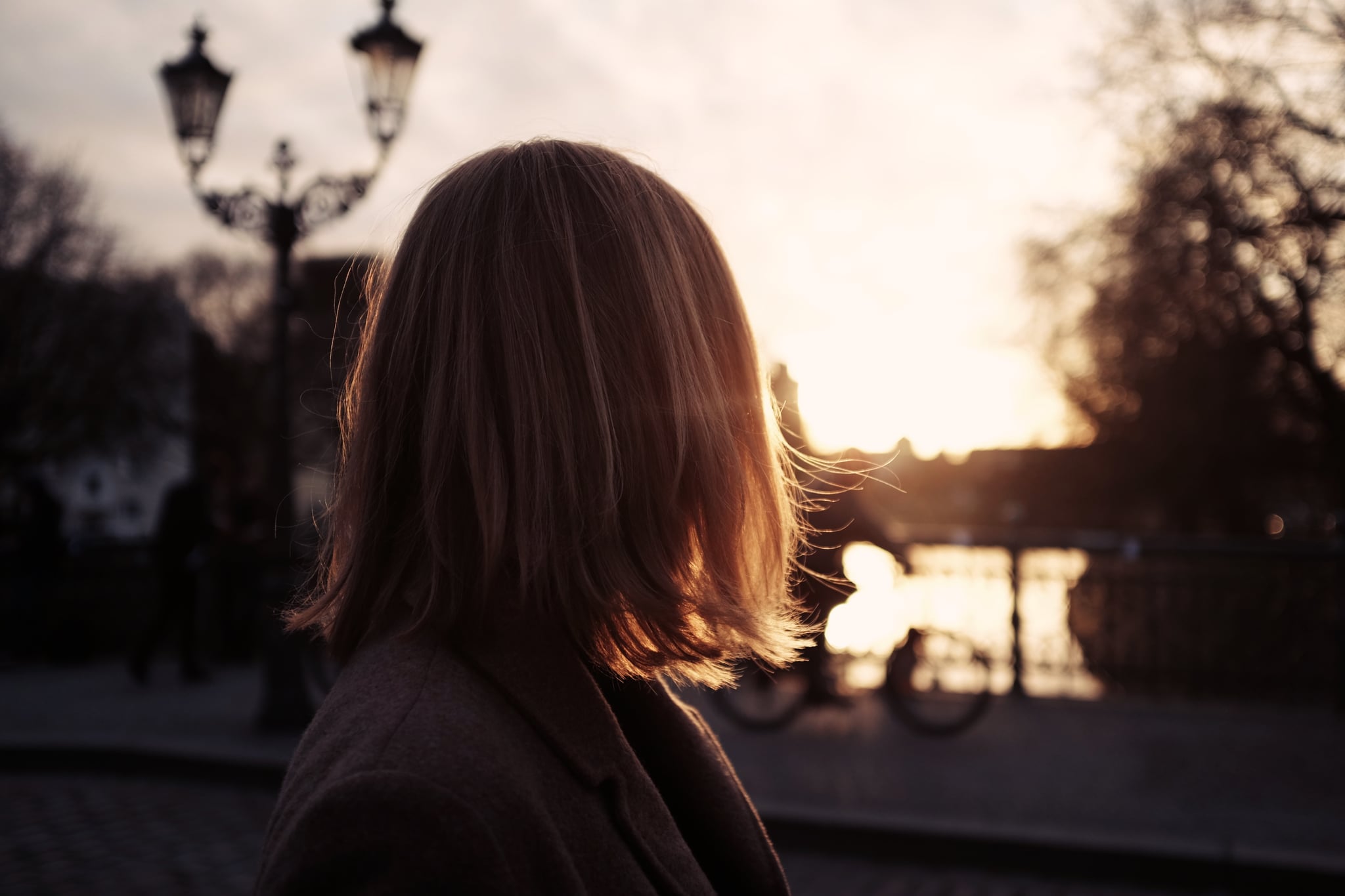 When I was 12 years old, my father, David, died unexpectedly from a massive heart attack two days before his 38th birthday. An alcoholic and heroin addict for most of his adult life, he battled the constant conflict between sobriety and substance dependency. Addiction, while ever-present, never defined who he was as a person or as a father. Seemingly intimidating with his broad shoulders and impenetrable chestnut brown eyes, he looked like something out of a Martin Scorsese movie. But when you dug deep enough and hit the core of him, to the heart of who he was, you were immediately transfixed. His enormous presence, earnest smile, and effortless magnetism almost made you forget the reality of his addiction.

When he was sober, he was my father.

He was the dad who played catch with me in the backyard until it was dark and my mother yelled at us to come inside. He was the man who, albeit admittedly tone deaf, still belted out Shania Twain when one of her songs came on the radio. He wiped away tears, kissed scraped knees, and chased away nightmares. He was my biggest champion. It was hard for me to accept that my father "the protector" and my father "the addict" were the same person. It didn't make sense. I learned during in time, though, that addiction rarely makes sense and there's little use in trying to come up with a discernible explanation. While my father didn't die of a drug overdose, the irreparable damage he had done to himself ultimately led to his death. Eighteen years have passed, and I know a part of me will always feel hollow, an inevitable emptiness that goes along with the loss of a loved one. But time has dulled the pain and in its place, I've been able to uncover lessons that have encouraged me to find some semblance of peace in the wreckage. Here is what I've learned from growing up with an addict.

I've come to discover it is common for the loved ones of addicts to feel guilty or even responsible for the actions of the addict. Even at 12 years old, I blamed myself for not being able to convince him to stop. When he started using again, he begged for my forgiveness and I told him no. When he died, I carried that guilt of rejecting his apology into adulthood. I felt guilty for being angry at him, for not forgiving him, for holding a grudge without knowing we had so little time left. While it's natural to have some regrets, holding on to those feelings of blame just makes it that much harder to heal. Guilt will gnaw at your heart until you're left with nothing but emptiness. You can't change the past, but you can accept it.

2. You Can't Control Everything

Yes, I'm luckier than most children of addicts because I had a decent relationship with my father when he was alive. But just because it wasn't consistently traumatic doesn't mean there was no damage done. I was exposed to the cataclysm of addiction and saw way more than a child my age should have. I watched as it ravaged through my family like a tornado. The worst part was I had no control of it. As I got older, I didn't realize how much feeling powerless as a child had impacted me. Because I felt helpless with my dad, I tried to control everything else in my life. I was so terrified of feeling vulnerable again that I tried to manipulate the things in my life or even push people away to avoid the possibility of losing control. Do you know what I learned by doing this? It's impossible. You cannot predict outcomes and you most certainly cannot control someone else's behavior. It's scary as hell not knowing what's going to happen, but once you loosen up on the reins of control, you'll embrace the freedom that comes with it.

Even when my father was still alive, I found myself instinctively seeking external comfort. I used food as a coping mechanism when I couldn't handle my father's addiction. At the time, I didn't realize that's what I was doing, but as I got into high school, the behavior was clear. As a teen and young adult, I discovered other detrimental ways to satiate the craving I had for the paternal affection addiction robbed from me. I attracted verbally abusive and manipulative men and women like a magnet. I was taken advantage of in both platonic friendships and romantic relationships. I felt this subconscious obligation to fix the emotionally damaged. I was doing all of this while completely avoiding my own issues. Putting a Band-Aid on an emotion by distracting yourself with things that aren't going to benefit you isn't going to serve you in the long run. Finding a therapist and learning to identify negative behaviors saved me from ruining my life.

While there is little benefit from having an addict as a parent, I did receive one of the most valuable lessons from my father's addiction. Addiction doesn't discriminate. This disease does not care about your socioeconomic background, your ethnicity, or your religious affiliations. It doesn't care how kind you are, how generous you are, or if you have a family. Drug addiction waits for an opportunity, for that one lapse in judgment, to clamp its jaws around the addict and hold on until they have all control.

As a kid I used to think to myself, "How can my father be a drug addict? He's a good guy." I assumed all drug addicts came from broken homes and lived on the streets. I thought that you had to look a certain way to be considered a "junkie." I was naive and I was ignorant. Now, I really try to examine addiction through a new lens. I try to understand that anyone can be afflicted by this monster of a disease. It doesn't necessarily make coping with a loved one's addiction easier, but it could make you more a little more tolerant and a little less apt to pass judgment.

5. You Can Still Love and Let Go

Toward the end of my father's life, when he started using again, I really began to see the hold addiction had on him. He would relapse, be wracked with guilt, beg for forgiveness (usually while trying to bribe me by taking me shopping or to a movie), and then relapse again. Time after time I forgave him, as did the rest of our family, because we loved him, but also because we were too afraid of what might happen if we gave up on him. But after being caught on this dizzying merry-go-round one too many times, something began to change in me. I started to trust him less and less. I started to doubt his promises that this was the "last time." I loved him, but I refused to forgive him. While it has taken me years to get over the feelings of regret over this, I am actually proud of what I had the courage to do even at a young age.

I stopped enabling my father's behavior. I let him know that I loved him immensely for who he was, but I would not tolerate his addiction. I wouldn't repeatedly forgive him for the same mistake. I didn't even know I was doing this back then, but I was distancing myself from him because I had to. It's hard to remember that the person before addiction and the person going through addiction are not the same. My father the addict was manipulated by his addiction and, in turn, tried to manipulate the people around him. It's the hardest thing to watch someone you care for more than anything ruin their life, but sometimes taking a step back and letting go is the best option for everyone involved.

I'm no expert in addiction by any means, but I know and understand what it's like to love an addict. I know the emotional damage, the self-doubt, the fear, and the anger that come with it. I know its destruction and the ripple effects it has on anyone touched by it. Trying to stop an addict is an impossible feat. We know you cannot control someone else's behavior. You can't logic your way through understanding their actions. You can't make excuses for them or manifest stories in your head that explain away the devastation they've created. The only thing you can do is keep their addiction from destroying who you are. It's not easy, being able to learn or accept or forgive or let go. It's not easy putting yourself first or thinking about your own needs when someone you love is suffering with addiction. But I urge you to have the courage to look inside yourself and try. If you are able to excavate even just a fragment of wisdom out of the ruins, you can find a way to survive without losing yourself in the process.

Personal Essay
As a Black Fashion Editor, I Have People Like André Leon Talley to Thank For My Dreams
by Shelcy Joseph 1 hour ago