Hillary Clinton and I are white females of a certain age, the same age. We were both born with ammunition. We were bright, articulate, outgoing, caring — but we soon learned that these qualities were not the most valued ones. What mattered was the size of the waist, the straightness of the teeth, the clearness of the skin, and the presence of the Y chromosome. 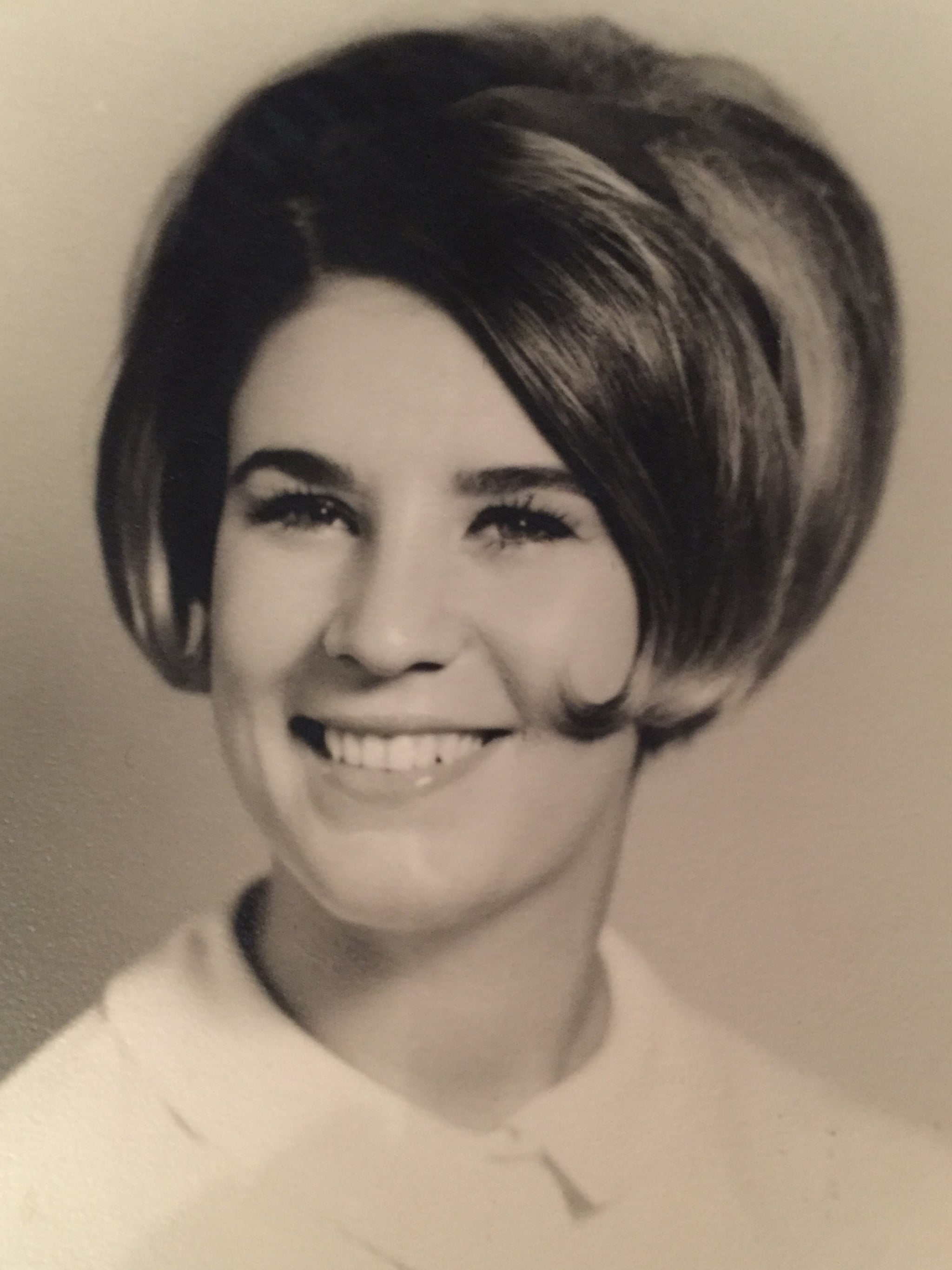 The author as a sophomore at the University of Mississippi.

Hillary Clinton's loss stung, not just because of the frightening things that Donald Trump represents but also because of what she represents: the journey, obviously unfinished, of so many women who have gone before me. Denial dominated my emotions in the aftermath of the election, but what remains is a powerful, overwhelming, all-encompassing sadness. Finally, I am realizing how much the idea of a woman as president of the United States represented to me as a feminist and as a woman of the Hillary Clinton generation.

Witnessing and participating in that journey toward women's equality is probably what makes the Trump presidency more understandable to my contemporaries than it is to younger generations. The fact that our first female presidential candidate was beaten by a confirmed misogynist makes it even more abhorrent.

Even though my Deep Southern upbringing separates our origins, I can imagine the parallels between my life and Hillary's. There were many choices along the way, for both of us. Fall victim to the bullying sobriquets of teacher's pet, brown-noser, or ass-kisser? Date the hot guys and subjugate ourselves, make worse grades to be one of the girls, go the local colleges, and do the least possible expected of us? Or make ourselves less attractive in order to avoid some these choices? Should we stay on the straight and narrow academically and be a loner? Be a friend to all or a mean girl?

I don't think I was ever a mean girl, but I did date the hot guys, and I probably never used big words around them. I suppose my path was a compromise in many ways, but now I see that being true to oneself, as my own daughter has done, is clearly the most efficient way. Once one has found one's own true self, why pretend to be anyone else? That was certainly Hillary's way.

We each avoided the number one hazard of our time: becoming pregnant while single. Back then, unmarried pregnancy was not taken lightly at all. Before Roe v. Wade in 1973, I knew of only two legal options: get married immediately and pretend the baby was premature or have a long visit to a faraway "aunt" and put the baby up for adoption. Many of my acquaintances had the shotgun wedding, and many of them never bounced back to fulfill their early promise.

I was the first born, but the golden child mantle is rearranged when the next three siblings are male. In the 1960s, in the South, the male child was the one with expectations: to support the family, to be the doctor, to be the athlete, to be the strong one. To women, the microagressions always flowed: you throw like a girl, don't worry your pretty head about that, why do you use those big words? 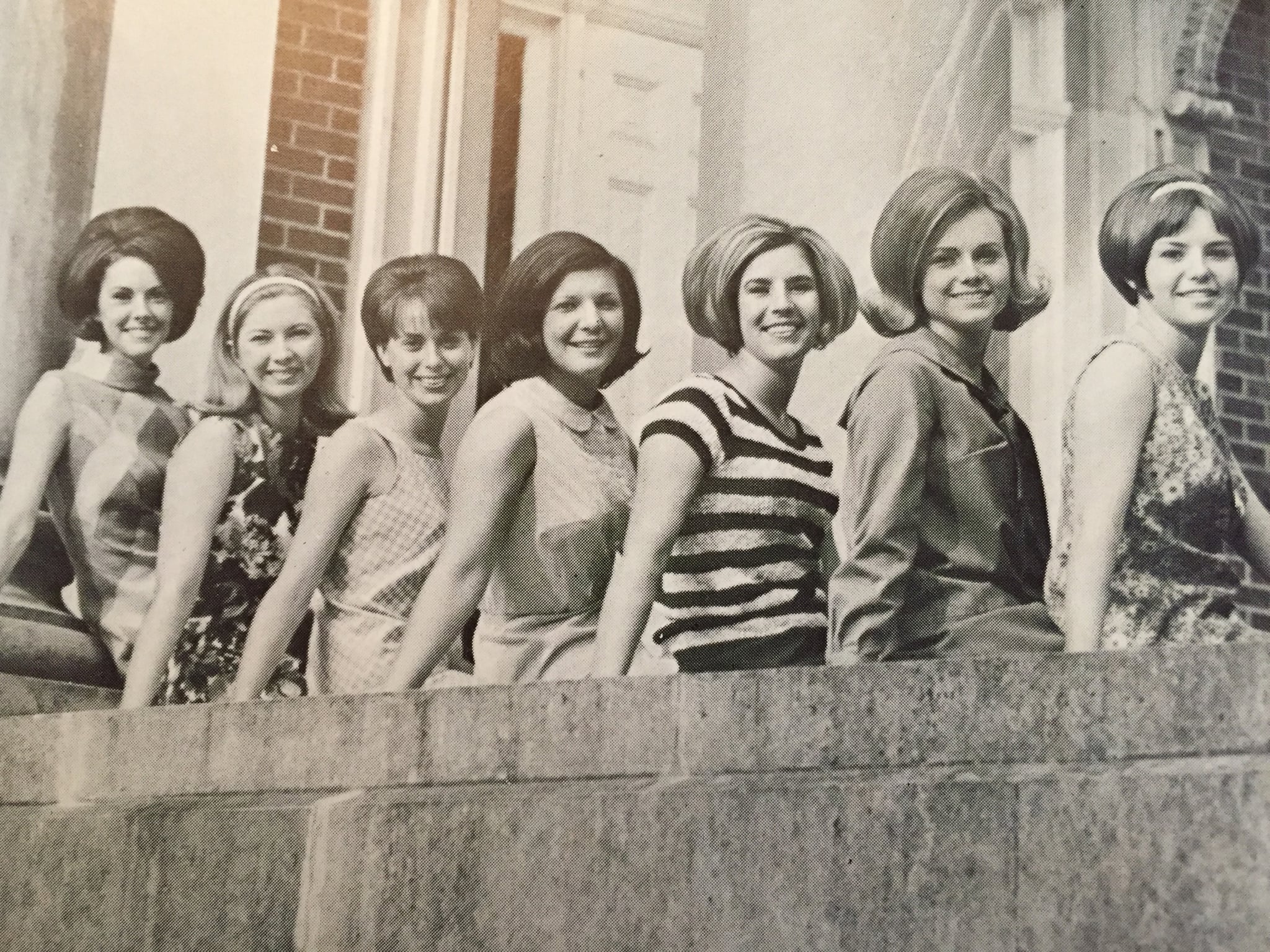 The author, in stripes, with a college honor society.

Even though I have a graduate degree and postgraduate work, many of my friends dropped out to marry after freshman or sophomore year, happy to be wives and mothers. There was even a term back then to describe the ultimate wife: the woman who quit college to support her student husband was said to have a PHT (putting hubby through) degree. I even heard my stepmother once say to my brilliantly gifted sister, "You need to marry a rich man to provide you with the expensive things you love."

Maybe Hillary Clinton heard different comments, but I am sure the misogynistic thrust was not limited to the South. Yet she prevailed and excelled where many did not. And she did it despite having some of the minuses that held me back: peasant legs, thick glasses, and overall dorkiness. She seems always to have known her worth and has been unable to accept anything but her best. Unless you are a woman of the Hillary Clinton generation, it may be impossible to understand what a feat this is.

Hillary was criticized for her toughness, but how else could she have accomplished what she has accomplished in a world where she saw so many restrictions on her ambitions? Maybe she isn't "charismatic," but maybe that's because she learned to temper her emotions knowing that obvious emotion is deemed girlie. Maybe she wears pantsuits because, like me, she was not allowed to wear pants in college. Maybe Ann Coulter was not the first person to rudely address her "chubby legs." In Mississippi, as a 27-year-old, I was called "old maid," or people speculated that I must be a lesbian. Personal assaults are frequently the weapon of the ignorant.

Yes, my fellow Americans, it could have been a divine and golden era for uppity women everywhere. Too bad that so many voters, including a majority of white women voters, were frightened of a qualified woman who knew where she was headed. I am reminded of the quote by John Greenleaf Whittier: "For all sad words of tongue and pen, the saddest are these, 'It might have been.'"

Kamala Harris
As a Mom, Having Another Mom in the White House Means So Much
by Jacqueline Hernandez Lewis 4 days ago