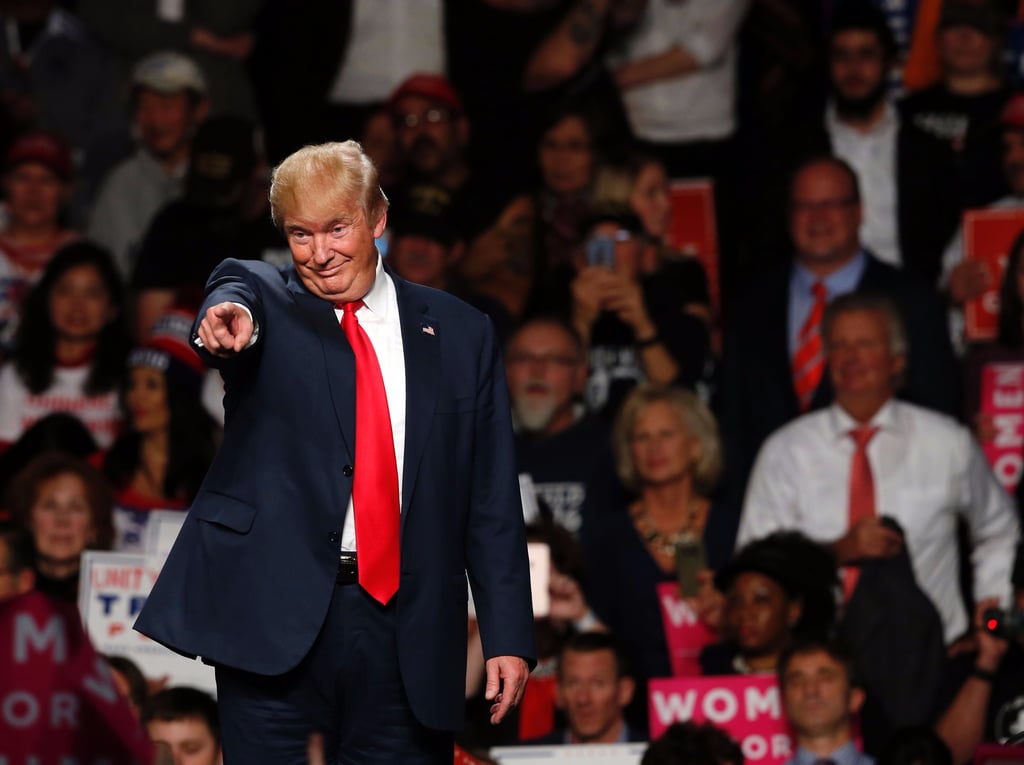 11 of the Best Comebacks For Common Pro-Trump Arguments

Many of us are approaching the remaining holiday gatherings this year with a sense of trepidation. Since the issues surrounding Donald Trump's campaign are, in many ways, personal rather than political, this election has driven a wedge not just between political parties, but also between families, friends, and loved ones.

Whether you're facing Trump's personal firing squad or a table filled with like-minded individuals this holiday season, you're (unfortunately) likely to encounter some inaccurate facts being thrown around (see: Facebook's fake news debacle).

To ensure that these conversations are educational, accurate, and based in truth, we've put together the following guide to handling and rebutting claims and arguments that tend to be popular amongst Trump-voting — and often well-meaning — family and friends.

Antiracism
George Floyd's Family Says Derek Chauvin's 22.5-Year Sentence Is Like a "Slap in the Face"
by Chanel Vargas 4 weeks ago