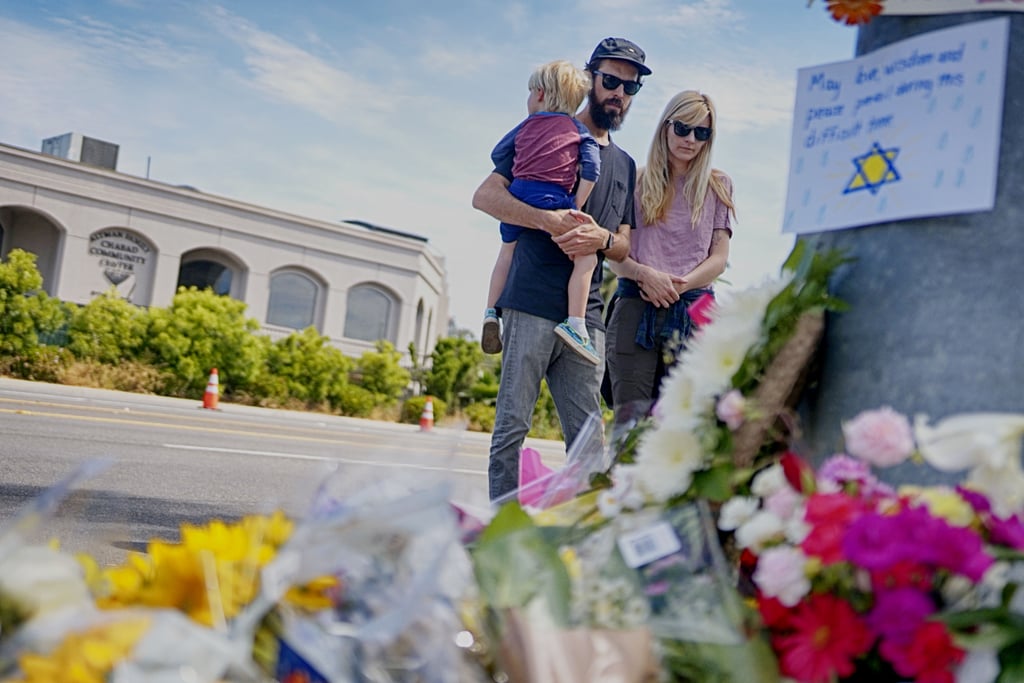 Hatred is baffling to me. But the more I seek to understand, the more I believe that hatred is ultimately grounded in fear.

In the case of the 19-year-old who opened fire on a San Diego synagogue on Saturday, April 27 — a man currently under investigation for the arson of a nearby mosque and whom I will not name because he doesn't deserve it — the fear was explicit: he is afraid of losing his power and being replaced. His hate-filled, historically anachronistic manifesto (I read it so you don't have to) documents his belief that, with the aid of various communities of color, Jews are systematically seeking to eradicate and replace white Christians in America.

If we can put aside the nonsense of this claim for a moment — Jewish people make up two percent of the American population and are institutionally averse to evangelism, and there is literally nothing to back up this idea — let's dig into it. Part of this fear is tied to the contradictory concept of accelerationism, which, "fueled by the perception that the future of the white race is bleak" due to outsiders like Jews and immigrants, animates the white supremacist belief that "they must employ any means necessary to expedite the collapse of the current system." Essentially, they must destroy the system before the system is destroyed.

This is also contradictory, of course, because we know that what white supremacists actually want is to uphold the current system — a system that keeps white men in power, black men in jail, Asian men emasculated, Jews afraid, Muslims marginalized, and women silent and underpaid.

Identity
¿Y Ahora? Where Is the Cast of "Ugly Betty" Today?
by Cristina Escobar 4 days ago

Stranger Things
Caleb McLaughlin on Racism From "Stranger Things" Fans: "It Definitely Took a Toll on Me"
by Chanel Vargas 5 days ago