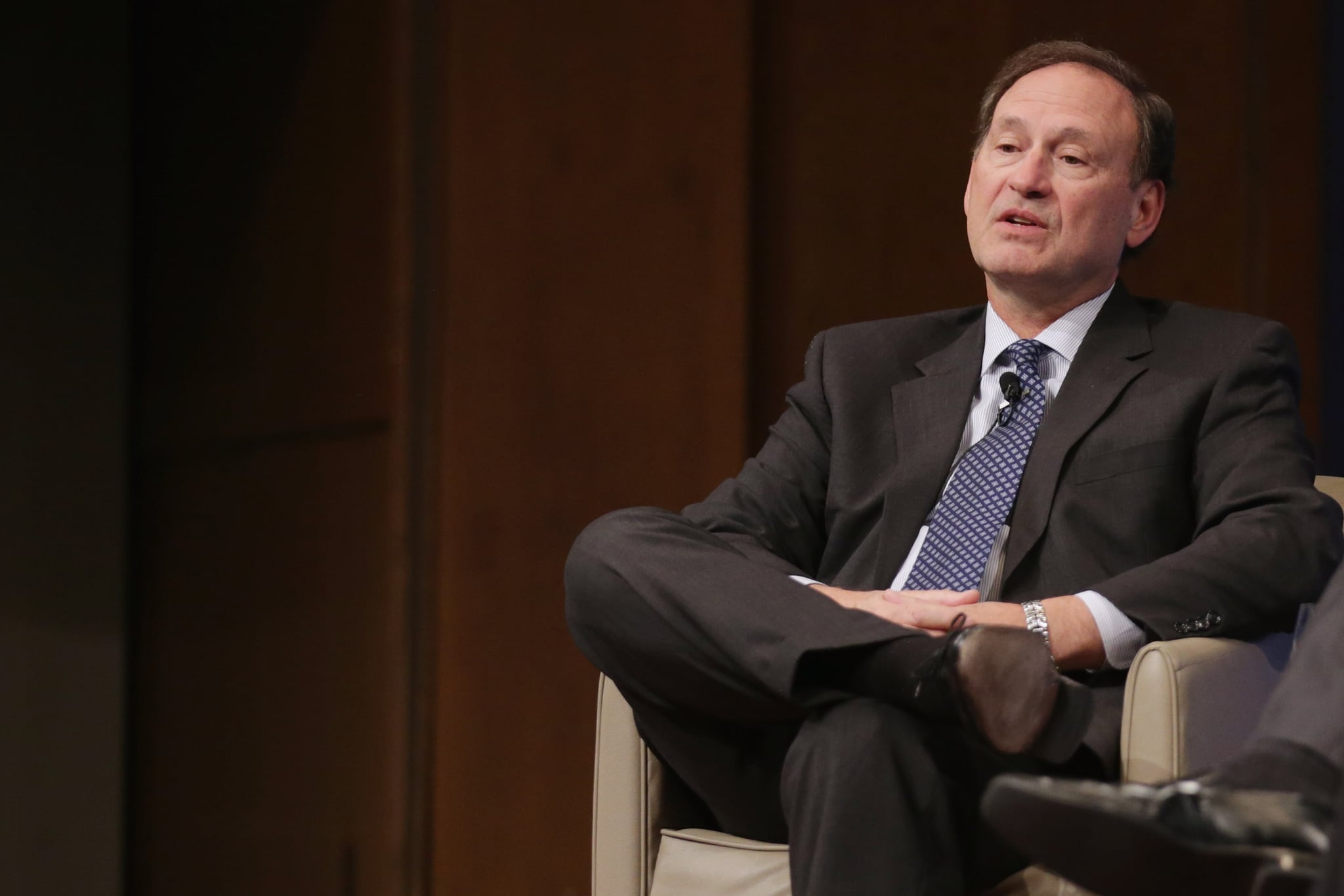 On Wednesday, the Supreme Court heard a major case surrounding Obamacare and birth control. Zubik v. Burwell has to do with the way religious nonprofits object to providing contraception to employees. While the case won't be decided upon immediately, it did reveal one thing: that the convervative men on the court — including Justice Samuel Alito, pictured above — know little about how women receive birth control under Obamacare.

First, here's some context about the case. Obamacare requires that all insurers cover contraception. One exception is for churches and other places of worship that often provide insurance to their employees but object to providing birth control for religious reasons. The other exception is for religious nonprofits (like a nursing home, school, or hospital) that also offer insurance to employees; both must fill out a two-page form telling the government that they object to the mandate because of their beliefs. Once they fill out the form, the government works with a third party to make sure the employee still gets contraceptive coverage but that it's separate from the religious nonprofit's plan.

In this particular case, challengers say that the very act of filling out the form goes against their beliefs because it still makes them complicit in providing birth control. The challengers (including nuns from the Little Sisters of the Poor) also say that female employees should simply get a second insurance plan to receive birth control.

When you look at the transcripts from the hearing, you see that the conservative male justices agree with this argument. The problem, though, is that it isn't even possible under Obamacare.

Solicitor General Donald Verrilli was defending the government process and said that birth-control-only policies don't exist under the program, and that even if they did, they would undermine the entire goal of Obamacare. Check out this exchange, as reported by Talking Points Memo:

Alito didn't believe that is what would happen, arguing that her regular doctor would just be paid for by whatever second plan the woman purchased. Verrilli countered it wouldn't all happen so seamlessly.

"She'd have to go out and buy the separate plan, find a doctor who is willing to take the separate plan," Verrilli said, but Alito's disbelief persevered. Why couldn't Congress simply subsidize second plans for affected female employees to purchase?

Verrilli reminded him that created the sort of jerry-rigged system Congress sought to avoid.

"Even those small barriers work as a sufficient disincentive that many fewer people use contraception," Verrilli said.

Later, Chief Justice John Roberts also insisted that women could just get contraceptive coverage through exchanges under Obamacare. (Exchange is another word for health insurance marketplace.) Justice Sonia Sotomayor chimed in, saying, "They're not on the exchanges . . . that's a falsehood. The exchanges require full-service health insurance policies with minimum coverages that are set forth that are very comprehensive. We're creating a new program."

Despite most of the men on the Supreme Court being completely unrealistic about how women get birth control in this country, it looks like they will ultimately lose this argument — as will the nuns and the other challengers in the case, especially in light of Justice Antonin Scalia's death.