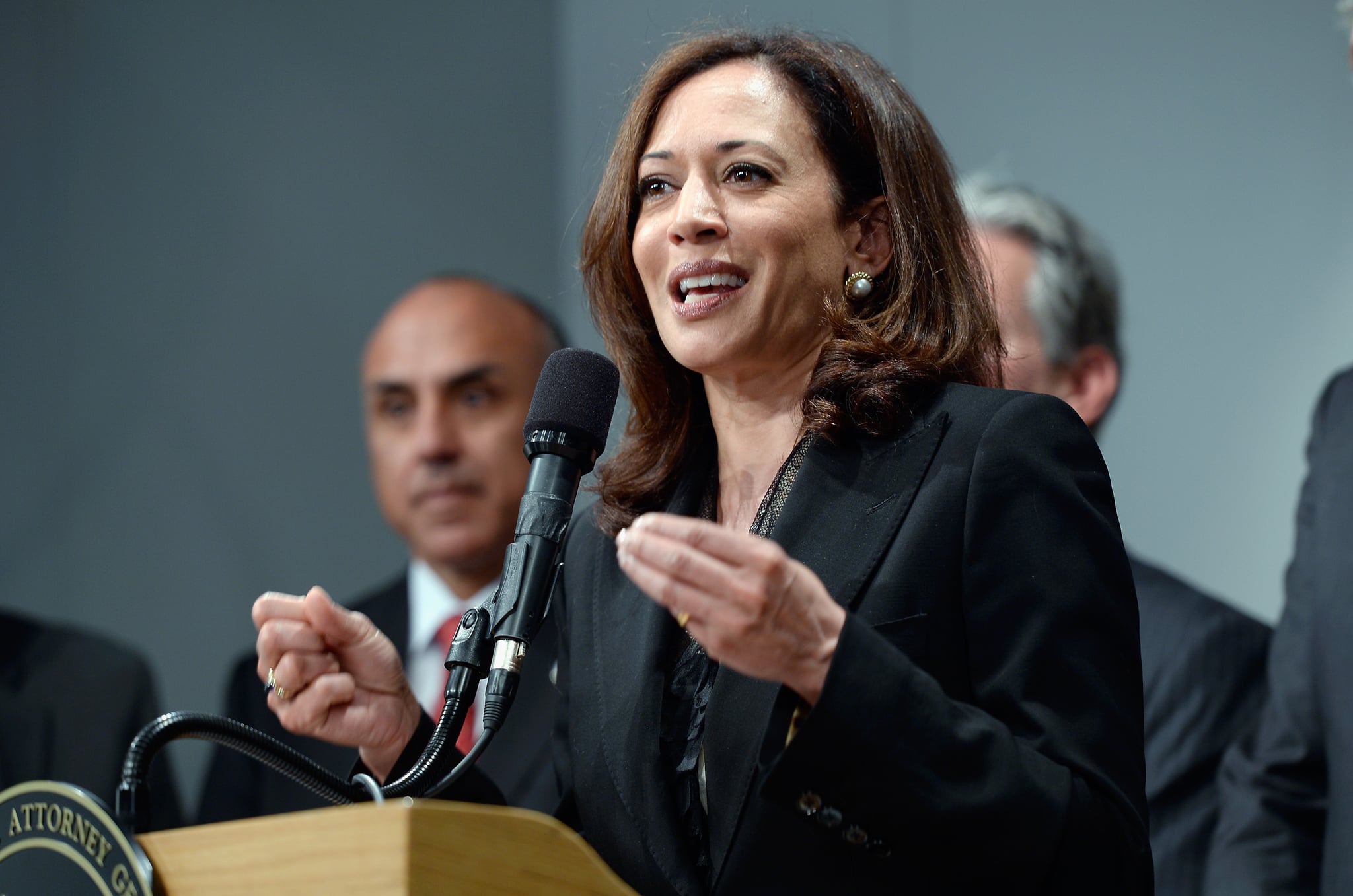 Kamala Harris just became the second black female senator in US history. On Tuesday, she was sworn in as Democratic senator representing California. Harris, who previously served as the 32nd attorney general in the state, ran on a proimmigration platform and advocated for affordable college. As the daughter of a Jamaican-American father and an Indian immigrant mother, Harris is also the first Indian American to ever rise to the position of senator and is uniquely positioned to represent multiple communities in America. Here's what you need to know about the new senator.

1. She served a historic term as California attorney general.

Harris was elected attorney general of California in 2011 after serving as district attorney of San Francisco for six years. She was not only the first black attorney general to ever serve California, but she was also the first woman and Indian American to be elected to the position.

As attorney general, Harris focused on criminal justice reform and immigration and railed against Proposition 8 in 2008 after it was passed. The ballot initiative defined marriage as "between a man and a woman." When the Supreme Court dismissed Prop 8's appeal in 2013 and therefore left in place a lower court decision that allowed gay marriage to be reinstated, Harris encouraged courts in San Francisco to do so "immediately." She, along with Governor Jerry Brown, who also refused to enforce Prop 8, was criticized for not heeding the public's decision. Ultimately, the Supreme Court ruled Prop 8 unconstitutional and passed nationwide gay marriage in June of last year.

2. She has had a close relationship with Barack Obama for over a decade.

When President Obama ran for senator in Illinois in 1996, Harris, who was still a district attorney in San Francisco, raised money to support his campaign. And when Obama ran for president in 2008, Harris served as his California cochair. At the time, Obama was considered an upstart for being a first-term senator launching his presidential campaign. He introduced Harris to a national audience by giving her a speaking role at the 2012 Democratic National Convention.

Obama has since run into problems for supporting Harris so closely. During a fundraiser in 2013, Obama called her "by far the best-looking attorney general in the country." He later had to apologize for his remarks. Harris also maintained a close professional relationship with Beau Biden, Vice President Joe Biden's son, while he served as Delaware's attorney general. She attended his memorial service last year after he died of brain cancer.

3. Obama endorsed her in the senate race, drawing criticism.

Democratic Representative Loretta Sanchez from Orange County, CA, had 20 years of experience in Congress before she ran against Harris this year to become senator, but President Obama and Vice President Biden both endorsed Harris. The endorsement was seen by some as a pledge between friends rather than a strategic move to strengthen the party in the face of Donald Trump's rise to power. Sanchez reportedly accused the "political establishment" of handpicking Harris, and she derided them for hosting a "coronation instead of an election." Sanchez made history in her own way by being the first congresswoman to dab on her opponent during a public debate.

4. Many project her to win the presidential nomination in 2020.

Even before her senate race, Harris was reportedly on short lists for positions such as US attorney general, Supreme Court justice, and Hillary Clinton's vice president. Political commentators thought with her heritage and track record, she would be a powerful candidate in any role — and it's why many think she will make a great Democratic presidential candidate in 2020. Many have also noted her similarities to Obama. If she runs for president, she too will be first-term senator, she is half black, staunchly liberal, and a hardworking lawyer.

As for her new role, Harris told The Sacramento Bee that she will fight Trump on issues regarding immigration, crime, the environment, and health care. She cited her own tenure as attorney general as proof of the work she intends to do.

Kamala Harris
Kamala Harris Is Busy Chuckling Over This Impeachment Joke, but We're Busy Staring at Her Socks
by Karenna Meredith 1 day ago