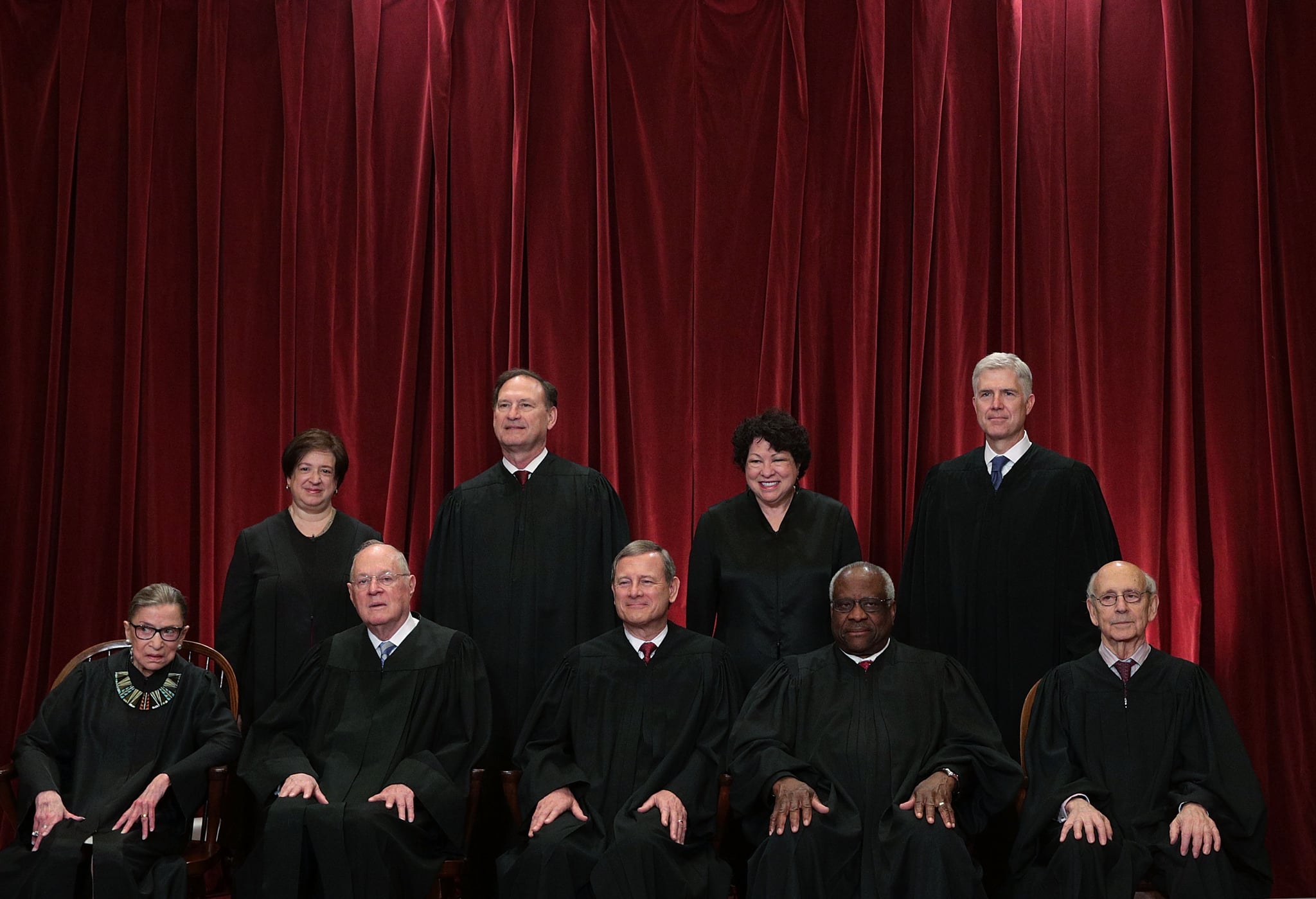 Last week, Supreme Court Justice Anthony Kennedy announced his intent to retire. Kennedy's decision sent shock waves across the country, as the loss of his swing vote spells an uneasy future for a number of key human rights issues — including the right to a safe, legal abortion in the US. And in the days following Kennedy's announcement, all eyes have been on potential nominees to replace Kennedy; particularly, the prospective women.

"Women aren't shields to deflect justified accusations of sexism and, in this case, the endangerment and punishment of women everywhere."

President Trump is considering nominees from a short list of candidates approved by the Federalist Society, a conservative legal group that maintains litmus tests for abortion, among other key issues. Notably, six of the 25 names under consideration are women.

Trump's callousness about the outcome of a ruling that — make no mistake — would be life or death for some women, is unsurprising. Since 2016, prior to being elected, Trump and Vice President Mike Pence have repeatedly expressed their intent to nominate a justice opposed to Roe v. Wade, the landmark 1973 decision that made abortion legal on the federal level. Just this weekend, the president said we "could very well" see abortion rights "end up with the states" — or, in other words, Roe v. Wade reversed.

And yet, a female Supreme Court justice will not magically change the impact of reversing Roe. Any appointed woman who would support a government's right to subject other women to oppressive restrictions and unsafe living conditions is using her power to drag women's rights backward.

One potential nominee, Amy Coney Barrett, has perhaps drawn more attention than any other candidate so far. Like any judicial nominee approved by the Federalist Society, Barrett has been clear about her opposition to abortion rights.

Recent reports have indicated a quiet push among conservatives to see Trump's nomination be a conservative woman, in what would undeniably be an effort to "soften" the possible loss of Roe v. Wade, cynically reframing it as somehow "woman approved" or not as impactful as it really would be.

EMILY's List president Stephanie Schriock offered a strong rebuke to that line of thinking this week on MSNBC when former Republican National Committee Chairman Michael Steele referenced "playing the abortion card" in the SCOTUS nominee discussion. Schriock fired back on live TV and in a later tweet, saying, "I never want to hear someone call it the "abortion card" ever again. This isn't a game. This a real fear that women across the country share — and their lives could be at risk if Roe is overturned."

In a July 2 appearance on The Daily podcast, Republican Sen. Susan Collins, who identifies as pro-choice and is expected to be a key swing vote in the process of confirming Trump's nominee, seemed to distance views on abortion from gender, and stressed how many women oppose abortion. This is a fair and accurate appraisal and the debate around whether "pro-life" ideology and feminism can coexist isn't a new one.

But with everything at stake in this political moment — including the living standards of generations of women to come — it seems worth clarifying that feminism and the condition of women has never been tied to the advancement of one individual woman or class of women. Women aren't shields to deflect from justified accusations of sexism and, in this case, the endangerment and punishment of women everywhere. Their actual words, stances, and actions matter, just as those of men do, and we can't allow gender to be a distraction in what promises to be a contentious, high-stakes battle for the rights and dignity of women and all marginalized people in this country.

Ivanka Trump has long marketed herself as an advocate for women and families. But she's supported slashing an Obama-era policy to address the gender wage gap by demanding transparency from companies, allegedly attempted to bribe former Planned Parenthood President Cecile Richards to reduce abortions offered by the organization, and has faced legal backlash for the treatment of women and children workers in factories that produce her clothing line. That's not feminism.

"Women who are complicit in advancing policies that put the lives of other women at risk and uphold this misogynist worldview deserve our criticism. Full stop."

Press Secretary Sarah Huckabee Sanders has used her podium to aggressively defend anti-women policies and rhetoric from the president. Last year, she suggested sexual assault cases should not be investigated or treated seriously unless the male perpetrator had confessed, when asked about the myriad allegations against President Trump. That's not feminism either.

Yet the Trump campaign is quick to claim that feminists who critique the actions — or inactions — of the Ivankas and Sarahs of the world are hypocrites, which they are not. The reality is that feminism must be intersectional. It is about the broader fight for what will benefit and empower women as a whole. This week, activists and journalists alike have shared objective research and reports about what this country would look like without Roe v. Wade. Think: a spike in already shockingly high maternal death rates and unsafe abortions, steep increases in costs to travel to a state where abortion is legal, and women and doctors in jail for seeking and administering health care, to name a few consequences.

Trump's anti-family-planning and anti-abortion stances expose the right's broader agenda of forcing women to give birth. It's an agenda that inherently reduces women to second-class citizens and says women's lives and bodily autonomy are collateral damage that can be sacrificed for the mere hypothetical life of a fetus. Women who are complicit in advancing policies that put the lives of other women at risk and uphold this misogynist worldview deserve our criticism. Full stop.

In recent years, we have seen the full protections of Roe v. Wade — the right to an abortion without undue burden, until fetal viability — gutted in many states. Almost 90 percent of counties across the country lack an abortion provider, and more than a quarter of the roughly 1,200 restrictions enacted since 1973 were passed just between 2011 and 2016. But that doesn't make this new threat to the Supreme Court any less dire or existential — and neither will a female justice.

EMILY's List has a litmus test, itself: that candidates must support abortion rights. The fight for women's representation requires an added dimension, in order for that representation to mean anything positive for women. And that's because the election or appointment of anyone who threatens women's fundamental human rights, no matter their gender, is a loss for women everywhere. 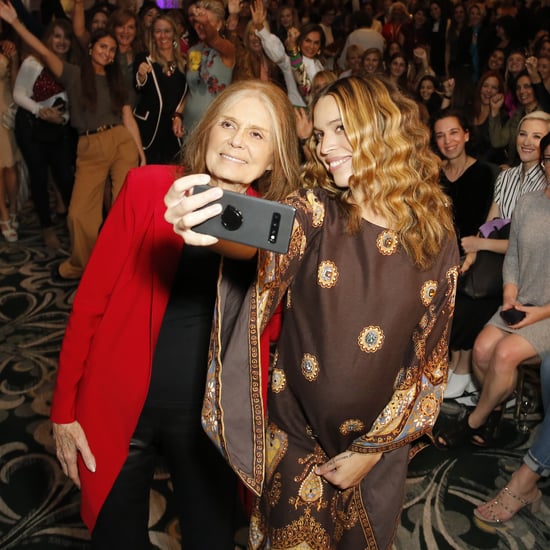 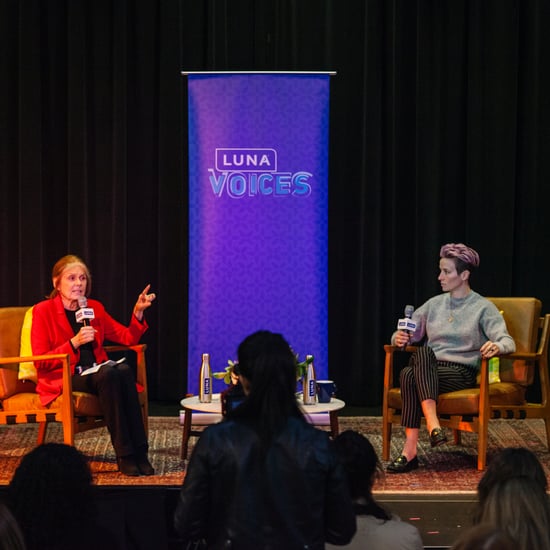 Luna Bar
Megan Rapinoe Means Business, and She's Got Gloria Steinem on Her Side
by Britt Stephens 11/28/19