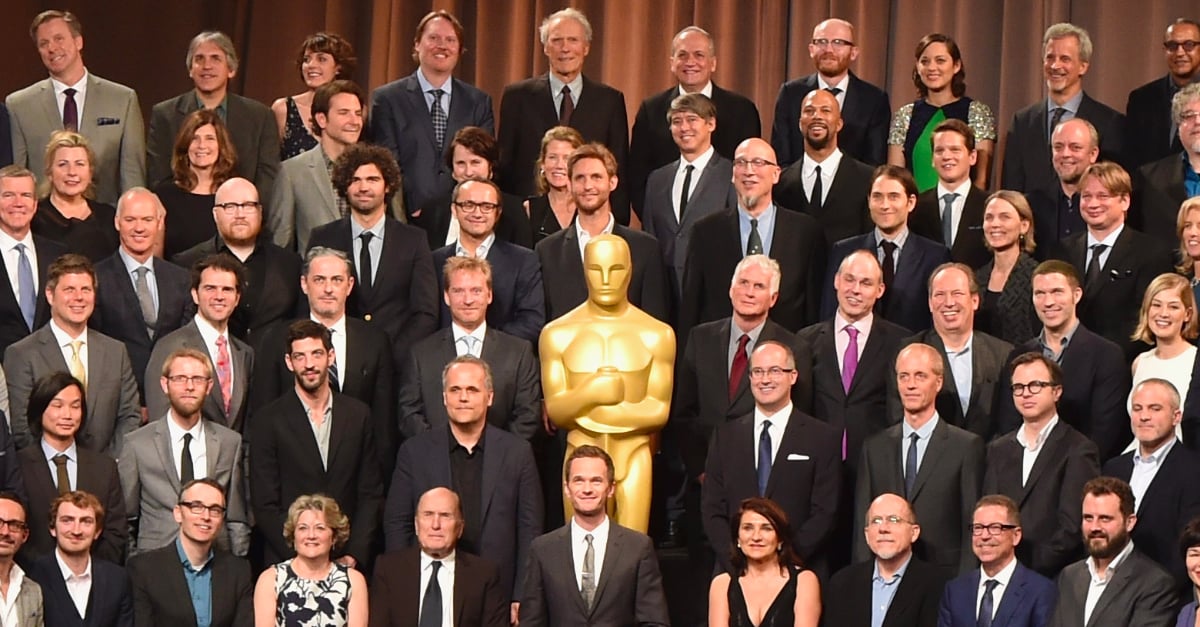 After #OscarsSoWhite became the overwhelming talking point of last award season, the Academy of Motion Picture Arts and Sciences promised to take real action on its lack of representation. Today, it did just that, inviting 683 new voting members to join its existing ranks of 6,261. Academy president Cheryl Boone Isaacs, who is a black woman, released a statement urging the creative community to "open its doors wider," suggesting that the new invitees represent a commitment to that effort. Still, the actual impact on the Academy's overall demographics is more like opening the door a crack than swinging it wide on its hinges.

As the Los Angeles Times reported, the 6,261 Academy members eligible to vote on the 2016 Oscars were 96 percent white and 76 percent male. (To put that in perspective: white men make up only 31 percent of the American population.) The new membership ups the Academy's overall percentage of people of color from 8 percent to 11 percent and its number of women from 25 percent to 27 percent. Some of the new actors inducted today include Idris Elba, America Ferrera, John Boyega, Michael B. Jordan, Freida Pinto, and Nia Long, and director Ryan Coogler is among a notably international group of directors to make the cut. According to my quick count of the 90 people inducted in his category today, more than half were women and two are transgender women: The Matrix masterminds Lana and Lilly Wachowski.

Even if today's new membership is a small step toward an Academy membership that better reflects a global moviegoing audience and humanity as a whole, it's an important one. As Ava DuVernay put it: "The Academy is heading in the right direction on a long road." But had the step forward been greater, it still wouldn't have somehow "solved" the pervasive racism and sexism in the industry. Hollywood doesn't exist in a vacuum, and the inequality we see reflected within it is part and parcel with the inequality we see everywhere else.

Some might point to those larger societal issues to downplay today's importance or to claim that the Oscars are just a self-congratulatory award show with little impact on our culture. But I strongly disagree. The Oscars influence the kinds of movies that get made, where dollars are spent, the narratives that are told and witnessed. For decades, the Oscars have been key in maintaining a status quo that favors stories told by white, straight men about and for white, straight men. Case in point: a Newsweek study conducted earlier this year revealed that only 14 of the 88 films ever given the best picture award spotlighted empowering stories about women or featured a female lead with agency. (The most recent? 2005's Million Dollar Baby.)

Not to mention the fact that an Oscar nomination — or win — is both a sign of prestige and a veritable license to print money. (In recent years, according to Deadline, Oscar-nominated films have seen an average 60 percent bump in ticket sales between the time nominations are announced and the night of the awards.) If these movies are overwhelmingly voted on by white men, there's a good chance they will continue to be primarily about white men, and studios will keep making more movies about white men. With that in mind, there's no denying that today's announcement matters — even if the Oscars are still pretty white.

Chris Evans
Is Chris Evans Picking Up Captain America's Shield For the MCU Again? Reportedly!
by Mekishana Pierre 4 days ago