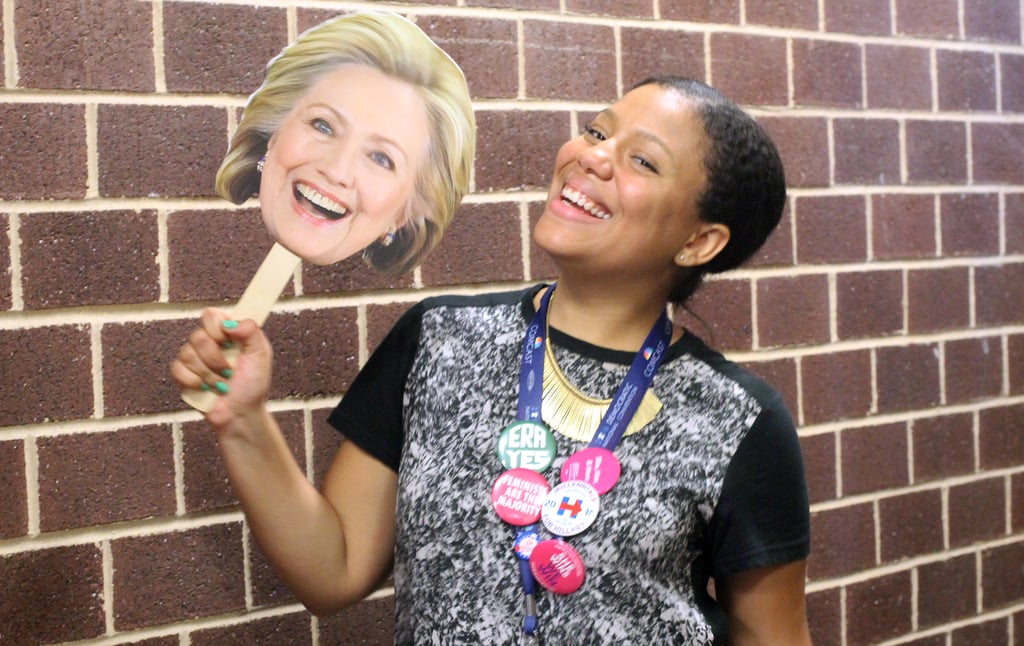 These Women Perfectly Sum Up the Significance of Hillary Clinton's Nomination

At the exact same moment that delegates were nominating Hillary Clinton as the official Democratic nominee on Tuesday, Chelsea Clinton was on an all-female panel talking about her mother. "It's really hard for any of us to imagine what we can't see," she said at the Glamour-Facebook event, referring to Clinton becoming the first woman to hold such a title. "I'm just really proud that little girls will be able to redirect their imaginations in other ways, because my mother will have broken down this barrier."

Throughout the historic night, this same theme popped up in the speeches (and glass-ceiling-breaking videos) and, perhaps more importantly, in the women we spoke with — no matter what their age or race. While some people have said that Clinton is playing the "gender card" or her gender shouldn't be a factor in her accomplishment, it's undoubtedly part of her life story and the narrative of the 2016 election. Ahead, hear from women at the Democratic National Convention who can't wait to call her Madam President.