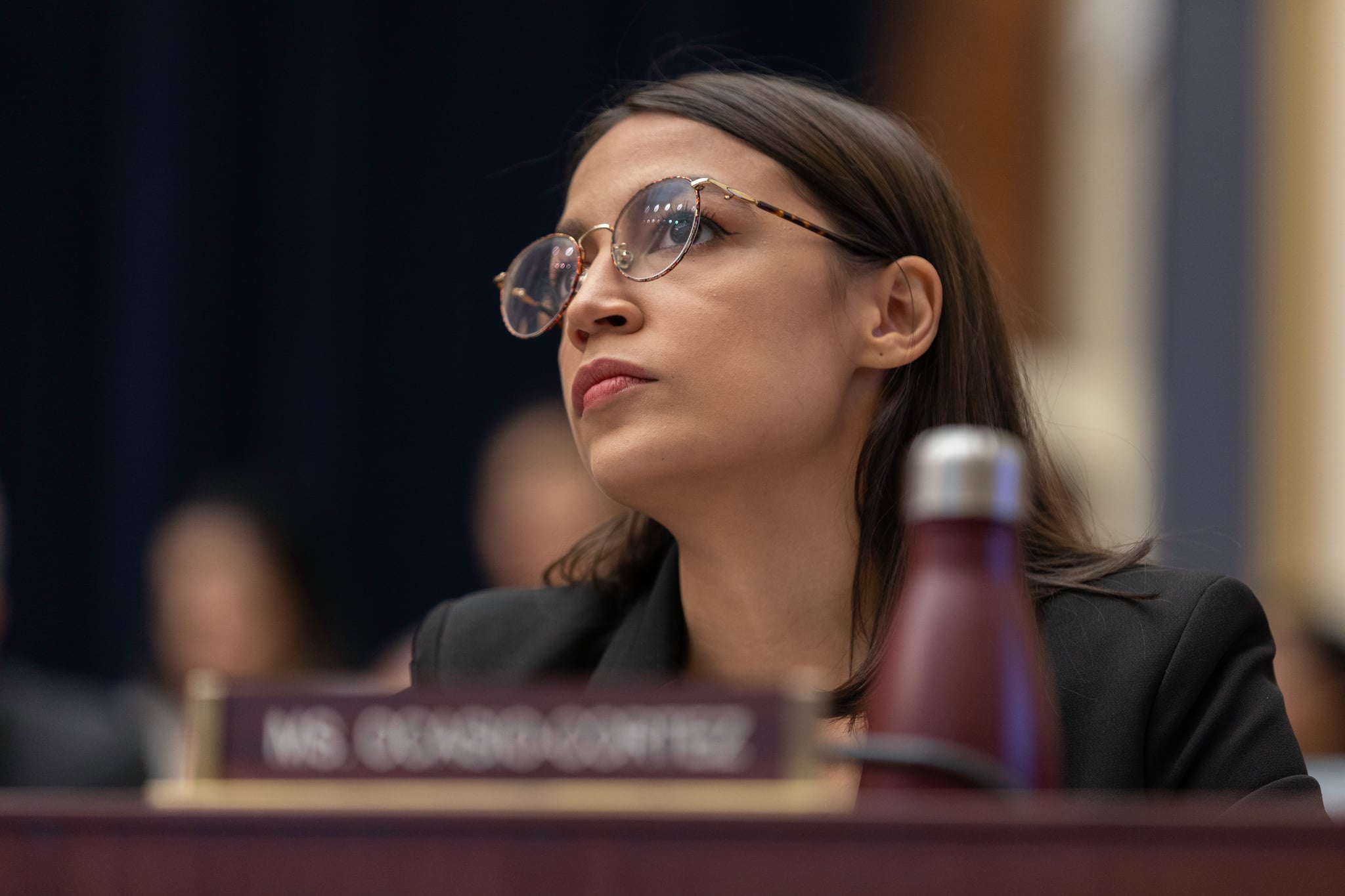 Alexandria Ocasio-Cortez would like for her adversaries to call her by her complete name. The representative recently tweeted about her frustration with the overuse of her nickname, AOC, by her Republican colleagues, as well as Donald Trump, who repeatedly brought her up during the final presidential debate on Thursday. She went on to define the use of her full name, or professional title, as "Basic respect 101."

"I wonder if Republicans understand how much they advertise their disrespect of women in debates when they consistently call women members of Congress by nicknames or first names while using titles & last names when referring to men of = stature," Ocasio-Cortez said. She added, "Women notice. It conveys a lot."

That doesn't mean Ocasio-Cortez finds her nickname disrespectful altogether, but it's all about the context of when it's used — and by whom. "AOC is a name given to me by community & the people," she said. "Y'all can call me AOC."

AOC is a name given to me by community & the people. Y’all can call me AOC.

Government colleagues referring to each other in a public or professional context (aka who don’t know me like that) should refer to their peers as “Congresswoman,” “Representative,”etc. Basic respect 101

This comes three months after Florida Rep. Ted Yoho called Ocasio-Cortez a "f*cking b*tch" on the steps of the Capitol Building following a tense exchange about the possible link between unemployment and a rise in petty crimes in New York City. "I've never had that kind of abrupt, disgusting kind of disrespect levied at me," Ocasio-Cortez told The Hill following the incident. "I'm frankly quite taken aback."

Alexandria Ocasio-Cortez
AOC Shares Sexual-Assault Story at Abortion Rally: "All I Could Think Was, 'Thank God I Have . . . a Choice'"
by Yerin Kim 1 week ago