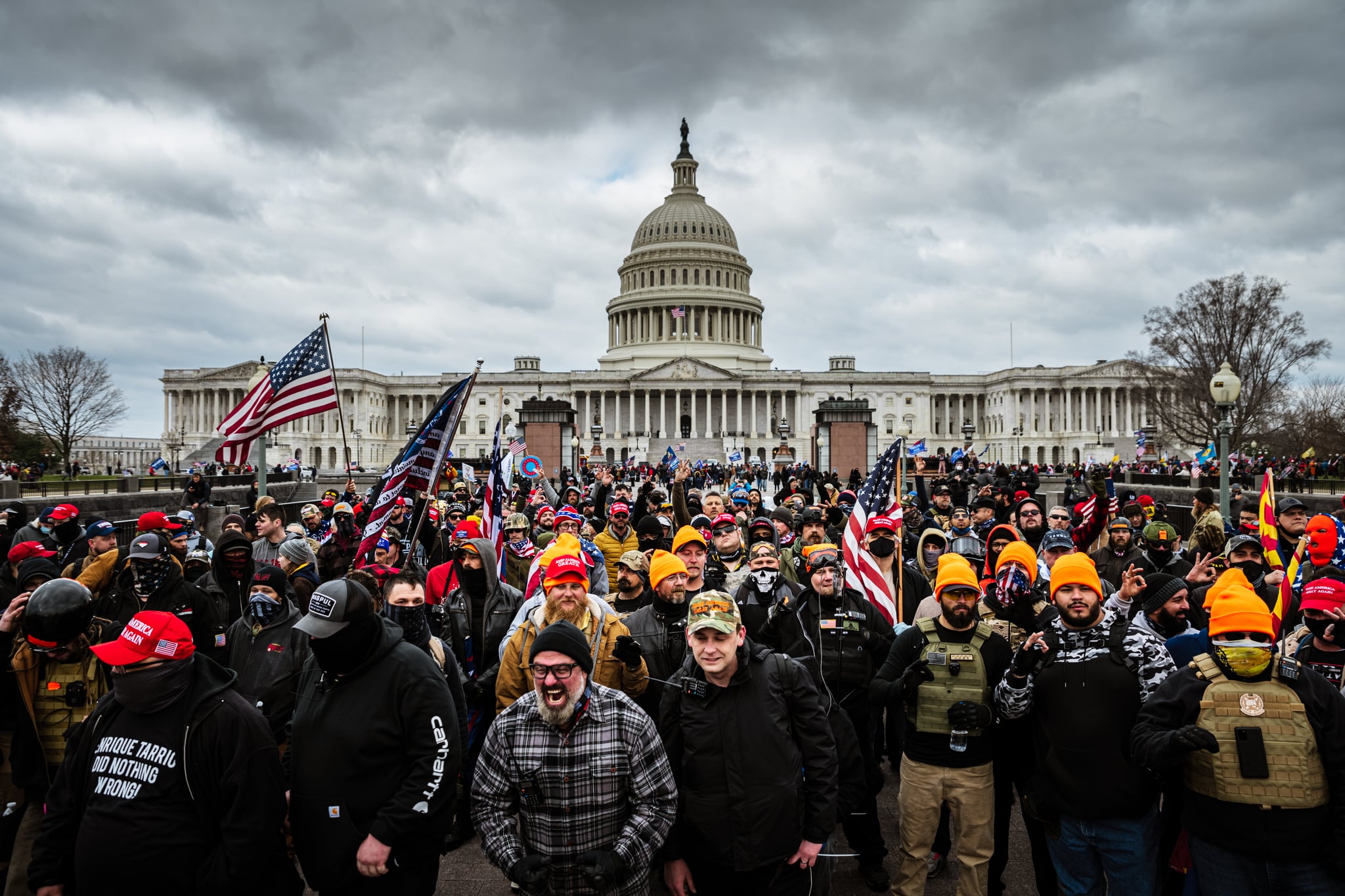 On Wednesday, Jan. 6, as members of the House and Senate prepared to formally certify the results of the presidential election, thousands of Trump-supporting insurrectionists stormed the Capitol at the behest of President Donald Trump himself. Trump's supporters, many of whom were white men armed with weapons or equipment to take hostages, vandalized and looted the Capitol, while members of Congress were forced to shelter in place or flee for their lives.

Many — including several members of Congress — have pointed out the double standards in the Capitol police's use of force directed at white, Trump-supporting domestic terrorists compared to Black and brown racial-justice protesters last summer. Several survivor justice advocates also took to social media to highlight another jarring contrast in police behavior at the Capitol, sharing photos of hundreds of women and survivors who protested Brett Kavanaugh's 2018 confirmation to the Supreme Court being handcuffed and arrested for sit-ins and peaceful demonstrations. Other social media users shared footage and photos of Capitol police flipping wheelchair users protesting a vote to overturn the Affordable Care Act.

Let's be clear: none of this is accidental. Ongoing investigations of the unpreparedness of Capitol police may very well prove incompetence, but nothing can absolve police or our political leaders and institutions broadly of racist, sexist, and ableist double standards in who is permitted to be angry, and even violent, and who is not.

The attack on the Capitol and lack of legal consequences rioters have faced so far are a culmination of years of excusing and sympathizing with the cruelty of white Trump supporters. By 9:30 p.m. on the day of the insurrection, just 52 Trump-supporting rioters had been arrested, in contrast with the hundreds of people arrested and charged in Washington DC while protesting police killings of Black people on June 1, 2020, alone.

The attack on the Capitol and lack of legal consequences rioters have faced so far are a culmination of years of excusing and sympathizing with the cruelty of white Trump supporters.

Since the 2016 election, we've been urged to understand and forgive the often-violent rage and so-called "economic anxiety" of white Trump supporters. And on Jan. 6, we watched Capitol police open the gates for them to storm the Capitol, all after brutalizing untold numbers of racial-justice protesters in recent years and arresting hundreds of women, sexual-assault survivors, and allies who somehow had the grace to protest peacefully at the Capitol in September 2018.

The rage of women and BIPOC is driven by injustice, oppression, and trauma and is punished — while the rage of Neo-Nazis is driven by violent racism and misogyny and is not only enabled but even welcomed by some of the most powerful people in our country, like the president. Still, we're told by not only our political leaders but often even mainstream media to engage white Trump supporters, who are never called on to extend the same effort to understand and sympathize with BIPOC, immigrants, women, and the LGBTQ+ community.

For years, Trump stoked the flames of his white, male supporters' rage and violent tendencies — praising his supporters for their "passion" when one assaulted a homeless immigrant man in 2015 and routinely calling for his supporters to assault protesters at his rallies, even offering to pay their legal fees. Still, we were called on to listen to and understand these "real Americans." Despite how the vast majority of American voters experiencing poverty voted for Hillary Clinton in 2016 and Joe Biden in 2020, we were sold media narratives and sympathetic profiles on how the anger and electoral retaliation of Trump voters was rooted in economic anxiety, rather than racism, sexism, xenophobia, and bigotry.

Compare that to the just rage of women, which is not only tone policed and socially punished but at times even criminalized, as we saw with the mass arrests of women who protested Kavanaugh. Despite the prevalence of sexual violence, which disproportionately targets women of color and LGBTQ+ folks, an estimated 65 to 85 percent of assaults aren't reported, as survivors cite fear of punishment, disbelief, and retaliation. In other words, too many women don't even feel safe coming forward about surviving violence, let alone expressing anger about it.

The extremely narrow election of Trump in 2016 served as validation of the violent rage of his supporters, just as it served to dismiss and erase the justified rage and fear of everyone else.

Where protesters outside abortion clinics often face no charges or consequences for stalking, harassing, threatening, and even doxxing women and abortion providers, states across the country have spent recent years working overtime to restrict or even criminally penalize abortion care. Notably, at least one of the insurrectionists identified on social media as they stormed the Capitol is known for regularly harassing and threatening their local abortion clinics.

The extremely narrow election of Trump in 2016 served as validation of the violent rage of his supporters, just as it served to dismiss and erase the justified rage and fear of everyone else. We were the ones who were out of touch, the ones who had to work to understand them; the election of Trump was his supporters' mandate to say and do whatever they wanted — including, on one of Trump's last days as president, seize the Capitol.

The domestic terror attack we witnessed on Jan. 6 encompasses the perfect, chilling summary of Trump's presidency, which he first ascended by facing no consequences for decades of charges of sexual assault and racism as a wealthy white man. The storming of the Capitol, the ease with which it happened, the lack of consequences that followed, and the overwhelming whiteness and maleness of its perpetrators reflect a deliberate double standard in whose anger is policed and whose is encouraged in our white-supremacist, patriarchal society. This double standard can manifest in everyday ways big and small, from microaggressions in the workplace to who voters choose in elections. But as the events of Jan. 6 demonstrate, it's a double standard that can quickly enable large-scale violence — especially when the president himself has been fanning the flames for years. 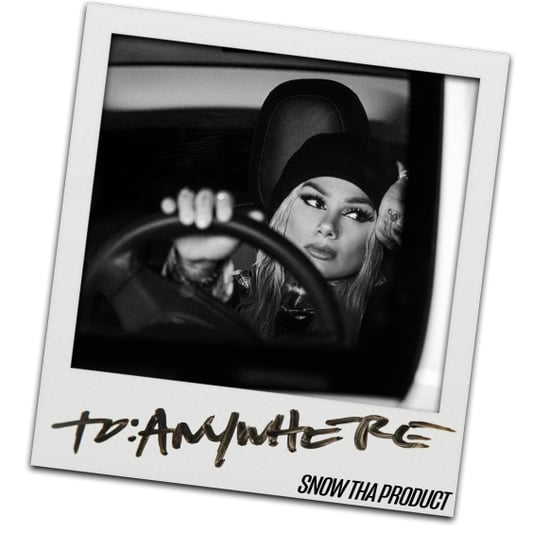 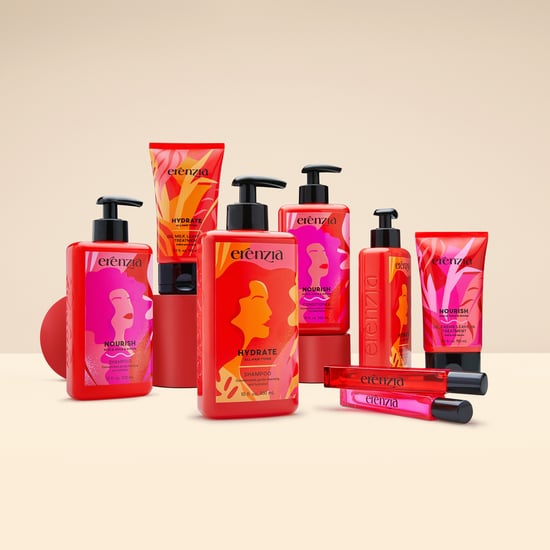