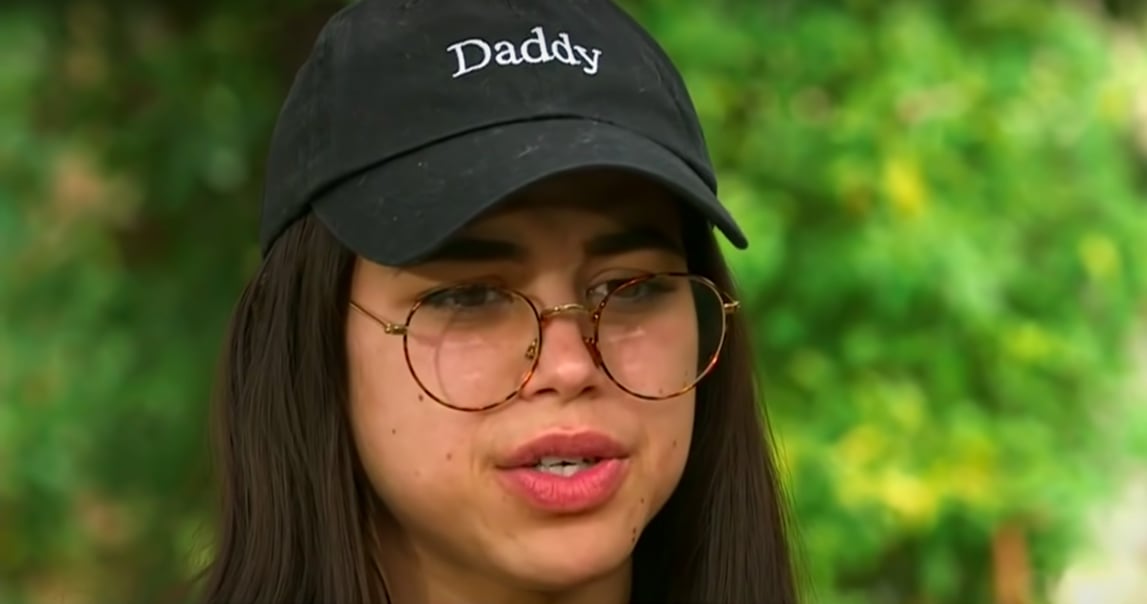 Many things about 22-year-old Miya Ponsetto's interview with Gayle King on Friday were puzzling and infuriating, and her choice of attire was one of them. Turns out, Ponsetto's lawyer suggested she remove her "Daddy" baseball cap before the exclusive interview. "We asked her to wear professional attire," attorney Sharen Ghatan told The Daily Beast. "I specifically asked her to remove it before the interview." But Ghatan described Ponsetto as "defiant," "insistent," and a "very challenging client," so the cap stayed on. Notice the lawyer neglected to use the word "racist," yet Ponsetto's attitude, actions, and, by extension, her outfit are charged with supposed superiority. There's privilege at work here.

Ponsetto was arrested on Friday in California after allegedly physically assaulting 14-year-old Keyon Harrold Jr. on Dec. 26 at the Arlo Hotel in New York City. Onlookers (including Harrold Jr.'s father, renowned jazz trumpeter Keyon Harrold Sr.) caught Ponsetto's tirade against the Black teen on camera, as she falsely accused him of stealing her cell phone and threw him to the ground. After the attack, the internet labeled Ponsetto as "SoHo Karen" when video of her aggression went viral.


You'd hope that Ponsetto would've used her time with King on Friday to apologize and show remorse for her actions. You'd be disappointed.

You'd hope that Ponsetto would've used her time with King on Friday to apologize and show remorse for her actions. You'd be disappointed. Ponsetto appeared on camera in a puzzlingly casual outfit, wearing a $16 Urban Outfitters baseball cap. If an outfit makes a first impression, one could assume Ponsetto was aware the message her indifference would send to King and to the world watching. "[The hat] was important to her," Ghatan said, although she couldn't explain why. The lawyer admitted she's concerned for Ponsetto's mental health.

Clearly, Ponsetto's obstinance indicated what was to come. She gaslit Harrold Jr. with insincere apologies, only acknowledging "if I insulted him or hurt his feelings." She danced around questions and leaned heavily on excuses in an attempt to spin the story as a victim. She ignored her lawyer's attempts at intervention. In an especially improbable exchange, she snapped at King. The seasoned interviewer tried to hold Ponsetto accountable by telling her, "You're 22 years old, but you are old enough to know better." Ponsetto responded with a wave of her hand, and said, "All right, Gayle, enough."

Every second of Ponsetto's six-minute interview further emphasizes her immense privilege. She described herself as "super sweet" and then, in nearly the same breath, shushed an acclaimed journalist — and Black woman — on national TV. She treated the interaction as if it were barely worth her time, seemingly undaunted by the consequences of her actions. In fact, she appeared blind to her own actions entirely. "I'm a 22-year-old girl. . . . How is a girl accusing a guy about a phone a crime? Where is the context in that?" she asked.


[Harrold Jr. is] at the beginning of his teen years, closer to childhood than whatever innocence Ponsetto tried to claim for herself.

Despite Ponsetto's insistence, she's not a girl, she's a woman. A full-grown adult, actually. Harrold Jr., on the other hand, isn't a "guy" — especially in comparison to Ponsetto. He's at the beginning of his teen years, closer to childhood than whatever innocence Ponsetto tried to claim for herself. And for the record, making a false accusation is a crime if it's reported to the police.

Privilege and assumed power like Ponsetto's are engrained over time. Society consistently reaffirms that just looking a certain way will fill in the gaps for any shortcomings. Frighteningly, Ponsetto's privilege acts as the same supposed "shield" that emboldens people like the Donald Trump-supporting mob who attacked the nation's Capitol. A MAGA hat and a "Daddy" cap never felt so eerily similar.

Hours after Ponsetto acted invincible in her conversation with King, she got her mugshot taken. Much like Amy Cooper, the white woman who falsely claimed a Black birder was threatening her, Ponsetto will face charges, although it's unclear what they will be. Ponsetto still doesn't see her actions as racially charged, despite singling out the Black teen and refusing to relent. For the record, the hotel had her phone.

Although Ghatan canceled her client's future interviews, there's still a chance Ponsetto could resurface to spin the same lies. Perhaps she would do well to heed her own advice: "Alright, Miya, enough." In the meantime, someone please pour Gayle King a glass of something strong and give her a raise. There isn't a paycheck big enough to cover the audacity she dealt with this week.

Animated Movies
Little Girl Reacts to Looking Just Like Encanto's Mirabel: "It's Me, Mommy!"
by Kate Schweitzer 1 week ago