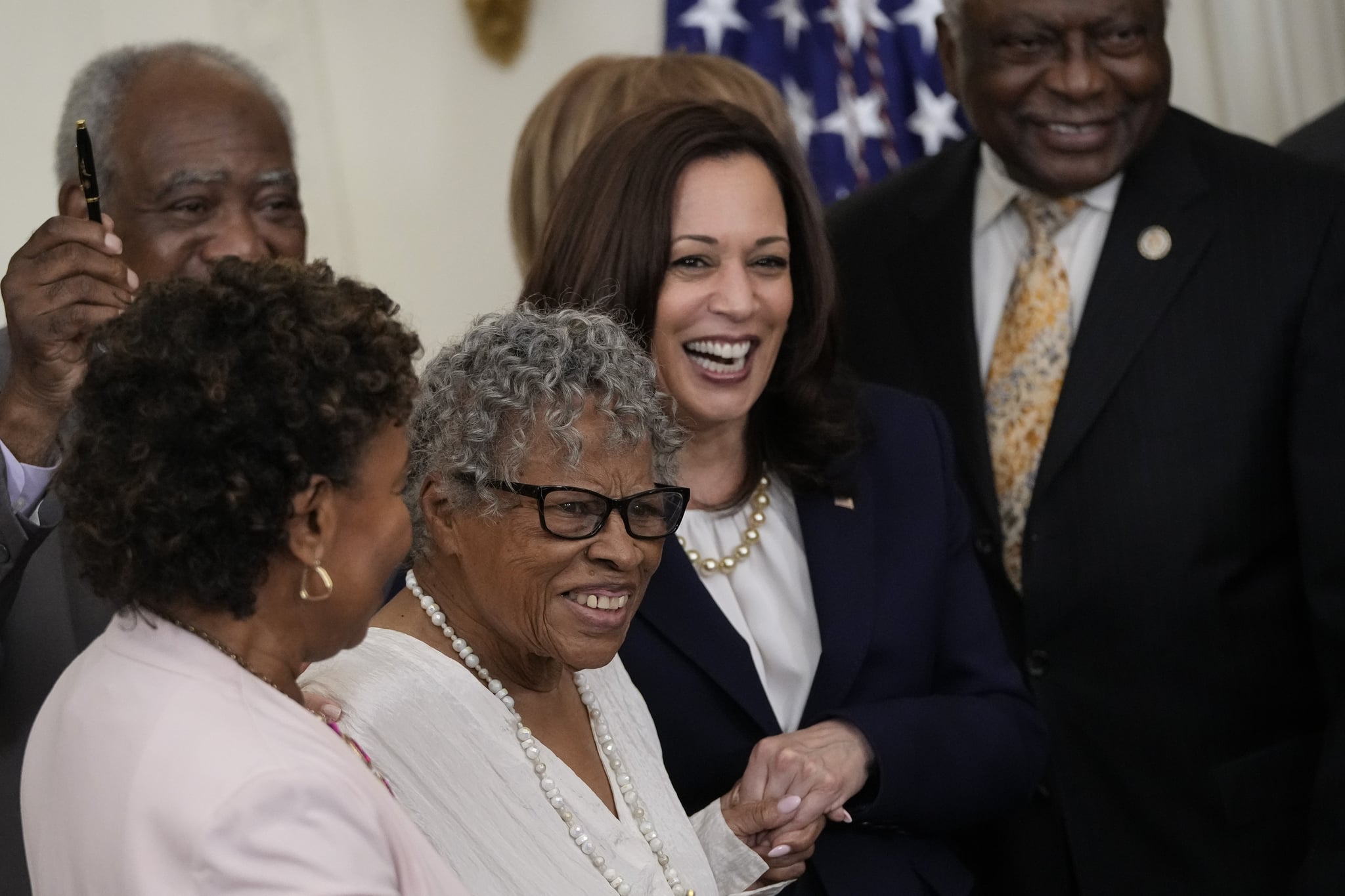 As America celebrates Juneteenth as a national holiday for the first time, there is one person who especially deserves our accolades and attention: Opal Lee, a 94-year-old woman from Fort Worth, TX. She clutched Vice President Kamala Harris's hand and stood next to President Joe Biden on Thursday as he signed the bill that would recognize June 19 as a legal federal holiday. Biden called Lee the "grandmother of the movement," and her years of tireless activism speak to her role as a pioneer.

Every year, on June 19, Lee walks two-and-a-half miles to remember the day in 1865 when enslaved Black people in Galveston, TX, learned they were free, two years after Abraham Lincoln's Emancipation Proclamation and two months after the end of the Civil War. Juneteenth is a day of celebration, but Lee recalled one year where her family's home was burned by racist white neighbors.

Despite the pain of this experience, Lee continued to celebrate Juneteenth, and in 2016, she made it her mission for the day to gain national recognition. She set a goal to walk from Texas to Washington DC at age 89, splitting up her journey into two-and-a-half-mile increments. Although she didn't end up reaching her final DC destination, the cause gained media attention and she continued to act as a passionate spokesperson for Juneteenth.

Last summer, George Floyd's murder sparked protests and a racial reckoning throughout the world. Lee told Variety, this violence and trauma felt like a reflection of the past. "How long must we put up with the atrocities? How long must we put up with people being killed in the street like that young man George Floyd? Or women, even in my town, are getting killed in their own home. How long do we put up with this kind of stuff?" she asked. "It hasn't been so many years that they stopped having lynchings, but it's a different kind of lynching. We've got to put a stop to it."

Lee believes the world's reaction to Floyd's death awakened people to the significance of Juneteenth. "I think it was enough is enough. I think losing that man's life just pushed us over the edge. We've put up with so much," Lee explained. "When I think about what our ancestors had to put up with before the Emancipation — before that General Order No. 3 was declared down in Galveston — the situations aren't that far different."

A year later, Lee finally got to see Juneteenth become a federal holiday. Congress and the Senate passed the bill before it reached Biden, marking the first time since 1983 that a president signed a bill recognizing a new holiday. "I was overjoyed. I was ecstatic," Lee reacted on Good Morning America. "I was so happy I could have done a holy dance." She told NPR, "I knew I would see it happen in my lifetime, but I have to keep my cool."

And Lee's work still isn't finished. She'll continue walking on Juneteenth, attracting participants from across the nation. This "day of unity" is a time where Lee can reflect on the past and the future. She'll strap on her sneakers and set off with gratitude. "I'll be thinking of my ancestors. I'll be thinking about my great-great-grandchildren and my grandchildren and my children."