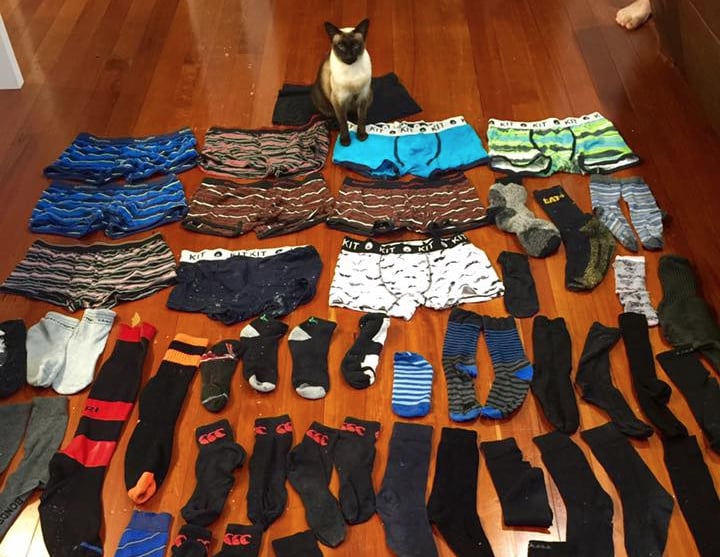 Cat Burglar Has No Intention of Stopping Her Underwear-Stealing Game

A couple weeks ago, we heard about an adorable cat in New Zealand that absolutely could not resist stealing the neighbors' underwear and bringing it home for her human. Brigit's human Sarah Nathan posted the above picture on her Facebook to alert her neighborhood that her well-meaning cat had a nasty habit of swiping men's undies and socks. Nathan, however, was able to track down many of the owners whose goods were stolen — a house of boys nearby who weren't bothered by the frisky kitty at all! Nathan said Brigit still likes to prowl for underwear, but she'll soon be wearing a GPS tracker so her humans can get the lowdown on where she goes after dark.