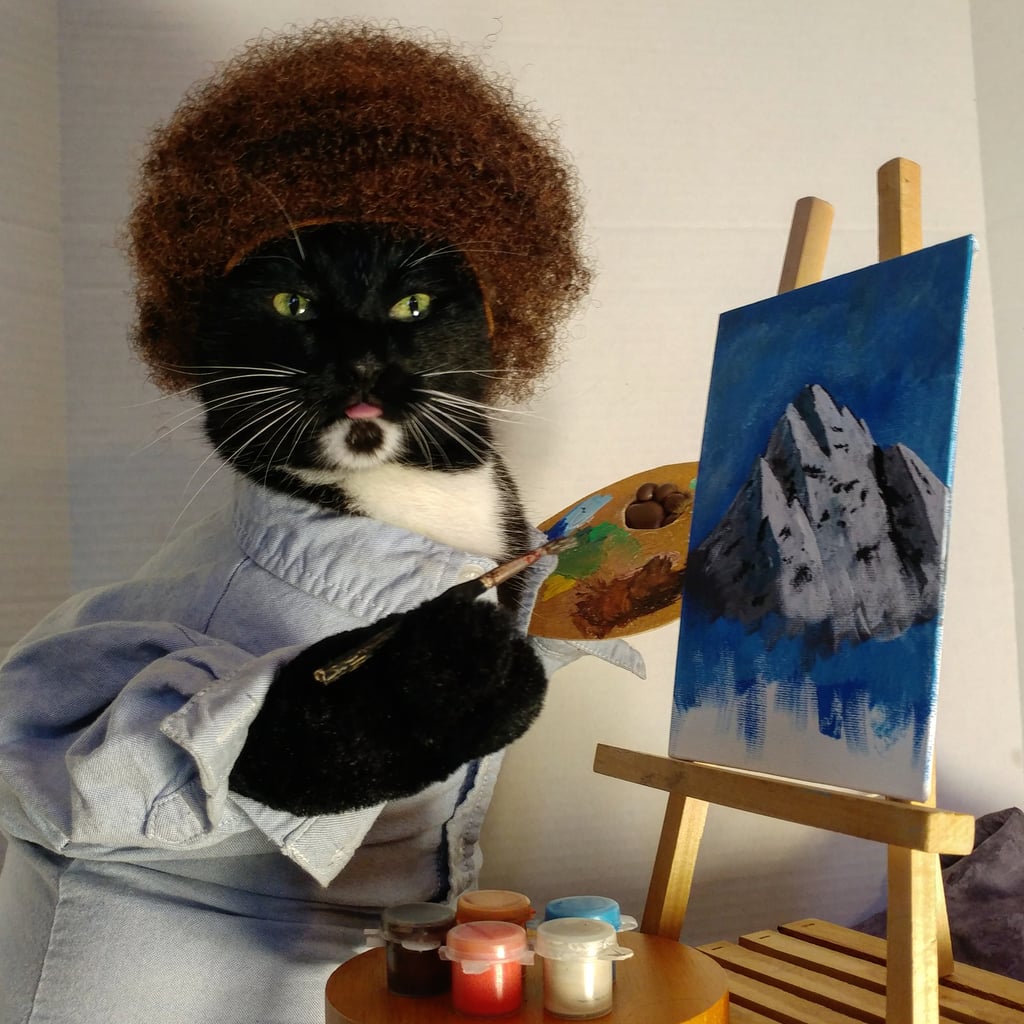 If you needed a reason to smile today, then this Instagram dedicated to cats dressed as different TV, movie, and video game characters is definitely it. Cat Cosplay features three trained cats — Fawkes (a black and white tuxedo cat), Pike (a calico tabby), and the late Nak (a tortoiseshell dark calico) — who let their owner Freyu dress them in all sorts of elaborate costumes, including Bob Ross, Deadpool, Detective Pikachu, Jon Snow, and Spider-Man, just to name a few. So cute!

Freyu and his wife, who are based in the Seattle area, have spent over four years running their Cat Cosplay account. "We've been working at Renaissance Faires since 2010 with our cat, Nak," Freyu told POPSUGAR via email. "She would ride on my shoulder in costume and we would busk for shows and take pictures with patrons. Then we started doing sports-related events and photos which were so well received locally that we decided to do a Halloween costume one year, and that took off online."

A standard photo shoot only takes about 10 or 15 minutes for the sake of the cats, but designing their costumes can take anywhere from two to 50 hours of work. Still, Freyu says it's definitely worth it to see how happy the cat photos make everyone. "We started the Cat Cosplay accounts with the mission to simply bring people a smile every day, and through 4+ years, I think we're still accomplishing that!" Freyu said. "What I didn't expect was it to blow up into a second job . . . It's been a weird, surreal experience." Keep scrolling to see some of Cat Cosplay's cutest costumes, and prepare to smile!

Product Reviews
I Got My Cat This Chic Canopy Bed, and Now He's Napping in Style
by Andrea Robbins 1/27/22