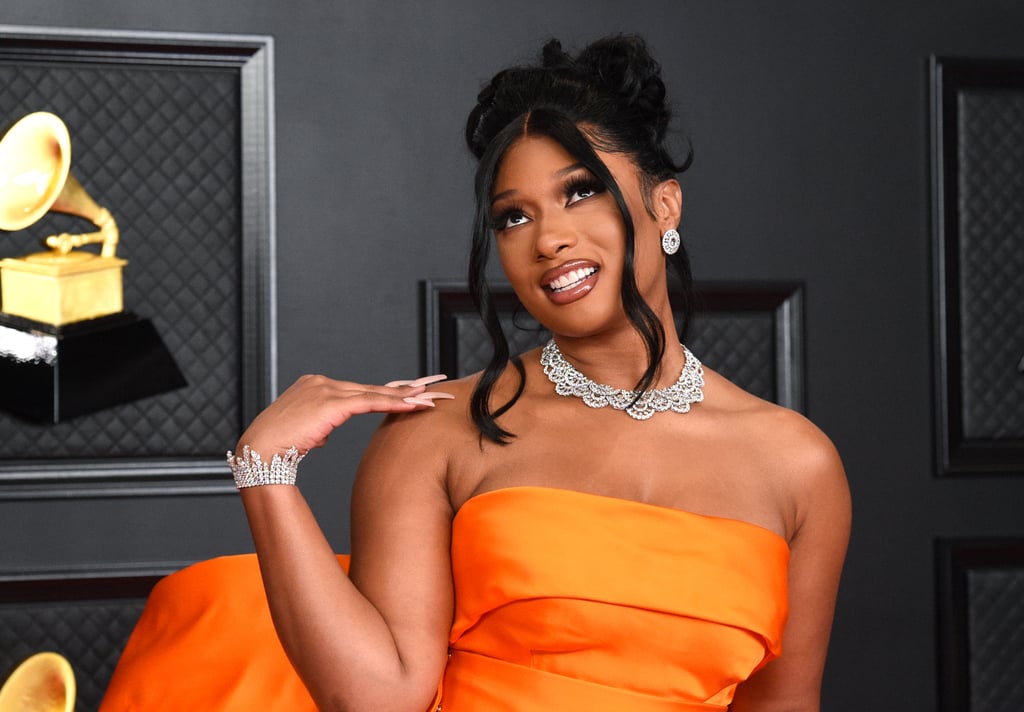 Sure, Megan Thee Stallion and her boyfriend, Pardi Fontaine, are cute, but have you seen her dogs? The 26-year-old rapper is the proud mom of six adorable pups: a pit bull named 5ive, french bulldogs 4oe and Dos, a cane corso named X, a merle dog named Six, and most recently, another french bulldog named Oneita. Not only does 4oe have his own personal Instagram account (@frenchie4oe), but he also previously appeared alongside his mom in her historic Sports Illustrated Swimsuit Issue photo shoot.

On top of that, Megan's dogs are set to appear on her upcoming Snapchat pet series, titled Off Thee Leash With Megan Thee Stallion, which will be produced by Will and Jada Pinkett Smith's media company Westbrook Media. "I am one of the best dog moms ever on the planet, the whole entire planet," Megan said in a Twitter video announcing the show. For your daily dose of cuteness, keep reading to see photos of Megan and her adorable dogs.