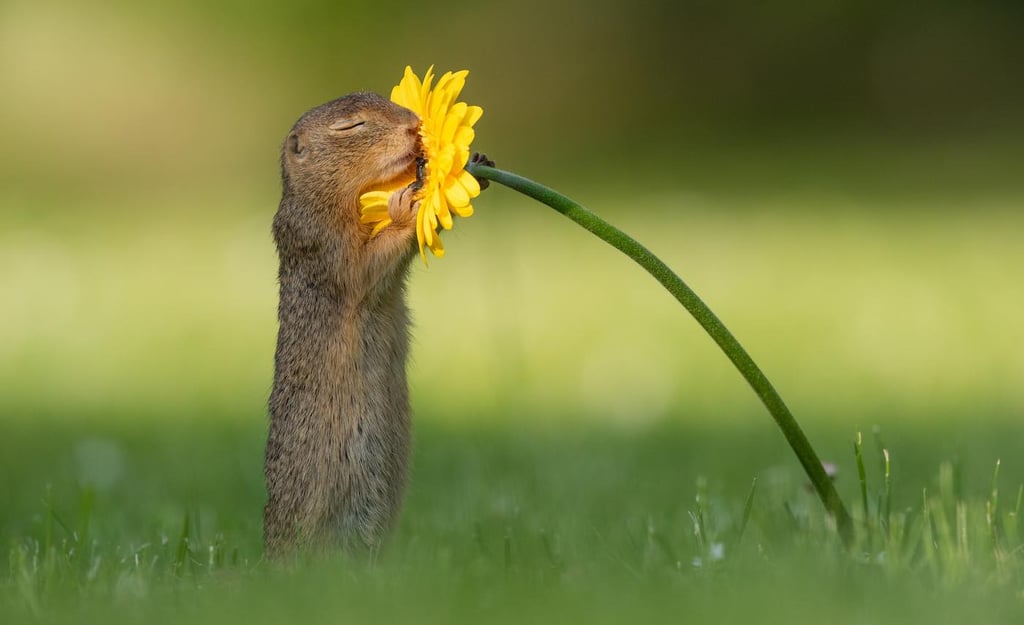 This Photographer Took Pictures of a Squirrel Smelling Flowers, and, Welp, Now I Love Squirrels

If there's one animal I see daily that I'm guilty of completely overlooking, it's the squirrel. Whether they're burrowing holes in my yard or flying from tree branches, I'll be the first to admit that I have never stopped to notice one. But a photographer in Vienna, Austria, has completely changed that for me.

Wildlife photographer Dick van Duijn managed to capture the most adorable photos of a pensive-looking squirrel sniffing a bunch of wildflowers, and I've never seen anything like that. You see the squirrel bending the stem toward him, and then in the next shot he closes his eyes and smiles, as if he's truly trying to breathe in the aroma and beauty of it all. Van Duijn told Goodnewsnetwork.org that he spent two hours and took over 200 pictures in order to capture these images. And while that may seem like a lot of time, as a former squirrel-ignorer, I'd say that's time well spent. I'll surely pay more attention to these adorable little critters now!

Related:
These 20 Cute Animals Are Insta Famous For Good Reasons, and We Are Not Worthy
Previous Next Start Slideshow
Cute AnimalsAnimal Humor