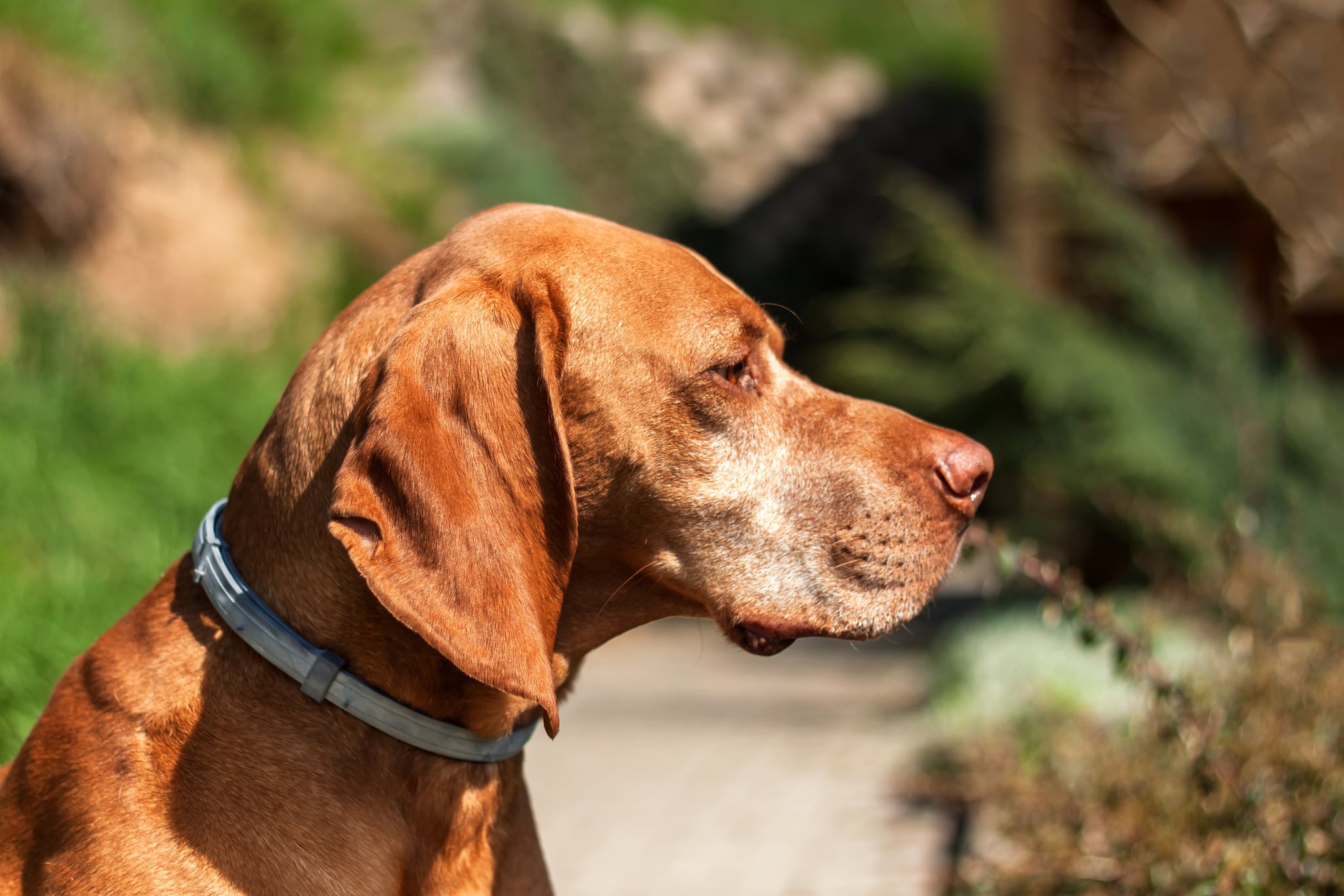 Seresto, a popular vet-recommended flea and tick collar for pets, has been linked to 1,698 dog deaths and over 75,000 incident reports — 1,000 of which include human harm. The Seresto collars, which are designed to repel fleas and ticks for up to eight months, have mostly five-star reviews on Amazon, where many pet parents purchase the product. But around 12 percent of the over 79,216 combined reviews on its three collars are one- to three-star reviews that include photos of raw rashes, reports of neurological effects such as weak back legs or walking into walls, and various other side effects like vomiting, delirium, and diarrhea.

According to Seresto's website, its collars protect against "Fleas, ticks and flea larvae in cats and dogs; chewing lice and sarcoptic mange in dogs," but after a quick glance at the product homepage and its FAQ page, there's not one mention of the word "safe" or "safety." While the pesticide product comes with warnings on its packaging involving how to best store the collars and what numbers to call in case of human or animal emergency, there's no warning of potential side effects. Add on vet recommendations and rave reviews on Amazon, and up until now, there was little to counter the product's presumption of safety.

"The EPA appears to be turning a blind eye to this problem."

The US Environmental Protection Agency (EPA), despite being in charge of regulating pesticide products and having documentation about the linked deaths and incidents, hasn't released any of these findings to the public in order to better inform pet parents about the products they're using. And Karen McCormack, a retired EPA employee, told The Midwest Center for Investigative Reporting that the over 75,000 incidents reported since Seresto's EPA approval in March 2012 are the most of any pesticide pet product she's ever seen.

"The EPA appears to be turning a blind eye to this problem, and after seven years of an increasing number of incidents, they are telling the public that they are continuing to monitor the situation," Karen said. "But I think this is a significant problem that needs to be addressed sooner rather than later."

Related:
2 Experts on What You Should Do If Your Dog Is Attacked by Another Dog

When The Midwest Center reached out for information about the product's safety, an EPA spokesperson said: "No pesticide is completely without harm, but EPA ensures that there are measures on the product label that reduce risk. The product label is the law, and applicators must follow label directions. Some pets, however, like some humans, are more sensitive than others and may experience adverse symptoms after treatment."

Two such pets that experienced adverse symptoms are Charles Fernandez's dogs, who, after two years of regularly using Seresto, experienced "a terrible reaction to the chemicals that resulted in a nasty rash that needed treatment with antibiotics to prevent infection." According to Charles's 2017 review of the Seresto collar for large dogs on Amazon, two of their three dogs developed rashes over time, "perhaps due to the gradual exposure to the chemicals."

"[The] chemicals the collars are designed to release [are] to prevent fleas and ticks. I assumed my first dogs reaction was just a unique experience," Charles said, adding, however, that another one of their dogs experienced a similar reaction a week before the review was written. "I will not let it happen a third time."

Despite these effects on two of Charles's dogs, the pet owner shared that for the time the collars were in use before adverse symptoms, they were effective. And though this discovery of withheld incidents linked to Seresto collars is disturbing, without more of an investigation and further data, Bond Vet's cofounder and Chief Veterinary Officer Dr. Zay Satchu said pet owners shouldn't panic.

"It's of course incredibly devastating to hear these statistics, and where we are now is waiting on a little more clarity on the research behind the numbers," Dr. Zay told POPSUGAR. "If there really is truth to this, as an organization and veterinarian, I wouldn't stand behind this product, but the important piece here is to not create panic and instead to find out more. We'll likely have more data, and therefore a better idea of what the veterinary community feels, in a few weeks."

If your pets use Seresto collars and you're concerned, the best advice is to contact your vet with any questions and do what you feel is right for your pet, whether that's discontinuing use until there's more information or proceeding with caution.