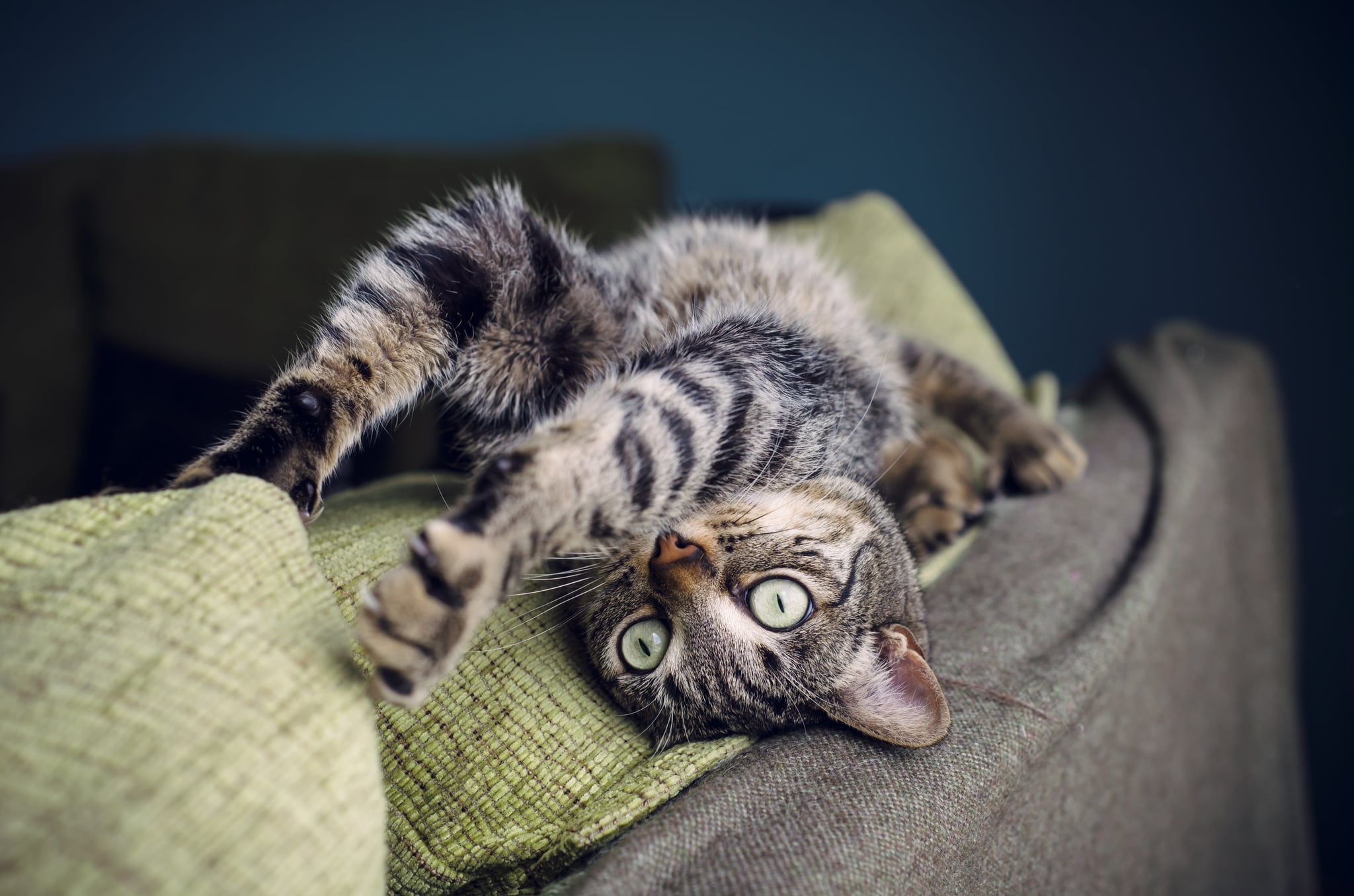 Cats are pretty well-known for their unique behaviors. Whether they are trying to eat tape (Why!?), scratching mirrors around the house, or repurposing your blanket as a pacifier, cats always seem to march to the beat of their own drum. This is why it was no surprise to me when I began noticing both of my cats acting hyper (and doing supercharged laps all over the living room) after using the litter box. To learn more about this interesting feline habit, POPSUGAR spoke to two experts.

Related:
Here's Why Your Cat Has Accidents Outside of the Litter Box, According to Vets

Why does my cat get hyper after using the litter box?

Although some vets describe a cats' hyper behavior after using the litter box (also known as the "zoomies") as mysterious, experts have gathered a few different reasons why this could happen. Rebecca Greenstein, DVM, veterinary medical advisor for Rover described this way of acting may have to do with a cat's natural instincts. "Some speculate that cats bolt after a poop to distance themselves from the scent of their waste," said Dr. Greenstein. She explained that the scent may alert predators of the cat's whereabouts. "Strangely, this behavior is not commonly observed in their wild big cat cousins, however," she added.

Another reason, advised Dr. Greenstein, is that this hyper reaction following defecating may have to do with the cat experiencing a feeling of relief and euphoria. "Others theorize that stimulation of the vagus nerve in the rectum, part of the parasympathetic nervous system, from the act of pooping can trigger what many jokingly refer to as 'poo-phoria,'" Dr. Greenstein added. This could manifest as hyper-charged "victory laps" after leaving the litter box.

Michelle Lugones, DVM, a veterinarian at Best Friends Animal Society, also explained that there is another theory that could cause cats' high-charged post-litter box behavior. "Urinary diseases and litter box related issues are common in cats," Dr. Lugones shared. "If a cat sprints out of his or her litter box after urinating, it's best to make sure there are no underlying urinary related medical issues". Dr. Lugones noted that such medical issues could include urinary tract infections, pain, inflammation, bladder stones, or even a blockage. Because of this, if you notice behavior out of the ordinary it is important to bring your cat in for a check-up at the vet to find out exactly what may be going on.

Product Reviews
I Got My Cat This Chic Canopy Bed, and Now He's Napping in Style
by Andrea Robbins 1 day ago

Pet Advice
Love Those Singing Dog TikToks? 2 Vets Explain Why Dogs Do It
by Sydni Ellis 6/16/21