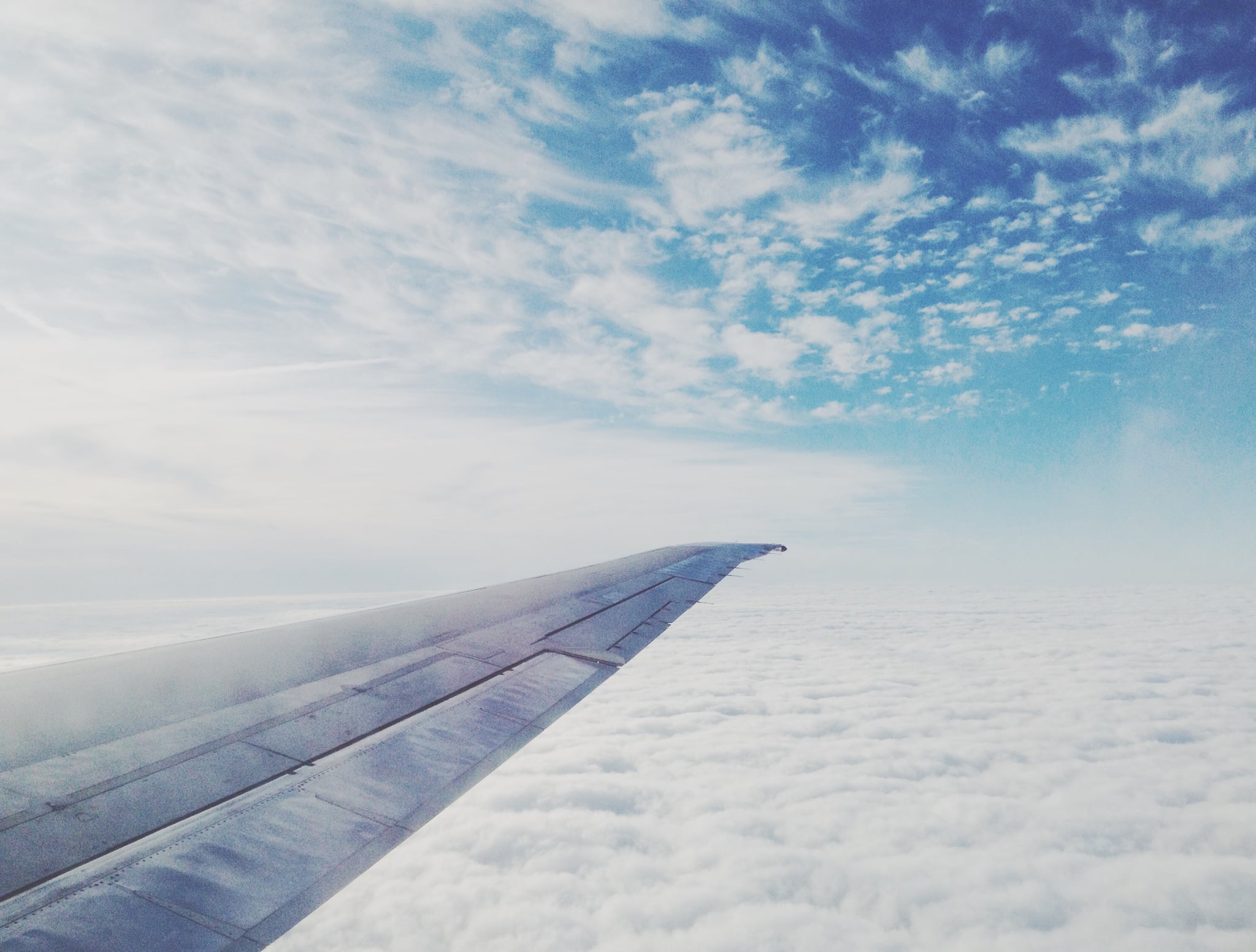 Does a cheaper flight mean a less safe flight? What happens if your plane is struck by lightning? And why do we have to put our seats in the upright position for landing? The keepers of the answers to your burning questions are the very same people serving you cocktails and snack packs. Flight attendants see it all, and they know the ins and outs of air travel.

We spoke to two flight attendants who both work for one of the top three major US airlines — they answered our questions on the condition of anonymity. From the things that annoy flight attendants to tips and tricks they practice when they're flying, these expert travelers have secrets that will calm your fears and may make you think twice before you complain extra loud about your dinner not being just right on your next flight. Read on for the juicy details only flight attendants can provide.

1. What are some things that annoy flight attendants?

"Discourteous passengers, touching the flight attendant to get their attention as we walk by, whispering (the airplane can be very loud and I'm not the best at reading lips!), complaining about weather and/or aircraft maintenance delays (we don't have any control over this, and we are just as inconvenienced as you are)."

2. Why do tray tables and seats have to be in upright position for takeoffs and landings?

"Especially the tray tables! During an evacuation, where every second matters to get away from the plane, if a tray table is down it will slow down the egress of the two passengers on the middle and window seat. If the aircraft were on fire, wouldn't you want a clear escape path to the exit? Same goes for the seat back. Any added obstacle will slow egress in an emergency."

3. What is something flight attendants wish passengers knew/understood?

"We don't choose what we serve — we simply show up and serve what's there, and if it's not there, you're not getting any. We also have no control when it comes to delays due to weather and/or aircraft maintenance. So please, be courteous to us in the event those may occur. As Captain Sullenberger said, 'Better a delay than a disaster!'"

4. What are some common myths that people believe about flying that aren't true?

"That the brace position is meant to kill you faster — I find this to be the most ridiculous myth; in a crash landing you wouldn't want to be tucked away and brace your body for impact by compacting it and covering your vitals such as neck, face, stomach, etc. Even flight attendants have a brace position, and we do it every takeoff and landing!"

5. Does a cheaper ticket/airline mean a less safe flight?

"Absolutely not! A lot of variables make up the complex formula for ticket price such as time of booking, cabin, seat, frequent flyer status and miles, airplane configuration, in-flight service on that particular flight, optional items like baggage allowance or seat assignment. Basically, all aircraft are subject to FAA regulations, and we wouldn't be in the business if safety wasn't our number one priority. Airlines are able to customize their product to their brand, but safety remains the number one focus."

6. What sort of training does a flight attendant go through?

"Training is on average five and a half weeks, most of which is unpaid. In training we learn and are tested to proficiency on certain items such as aircraft general, first aid, security, and evacuation drills. Only about four days is spent on service!"

7. What are flight attendants trained in, in terms of safety emergency situations, both plane and people-related?

"We have a lot of formal training in safety and emergency situations. Four of our five weeks of intense, six-days-a-week training was spent on safety and emergency situations. Most of our people-related situations are learned on the job. We have been hired/selected by other professional flight attendants for our ability to make good decisions and to be able to read situations and people with good judgment. So many of us are well equipped to handle these situations that come up, but sometimes it does take a second opinion of another crew member."

8. What happens when one engine goes out?

"All aircraft are certified to fly with one engine operation for a safe landing. The aircraft that fly over water are ETOPS certified. Airplanes are aerodynamic, meaning they are designed so air can easily flow around the airplane to decrease drag so they can glide in descent for an extended time with one working engine. One example is Air Canada Flight 143, which ran out of fuel at 41,000 feet and managed to glide and land without a loss of life. And then there's the all too famous US Airways flight 1549 — so in short, engine failure isn't like a flat tire, just a rare inconvenience."

9. Can turbulence make a plane crash?

"No, but it can be unsettling and even throw people about. Due to modern technology, turbulence can now easily be predicted than ever before. In general the pilots know what's ahead of their aircraft at all times, but severe turbulence does happen unexpectedly from time to time. Most turbulence-related injuries are actually to flight attendants, as we are more vulnerable being out of our jumpsuits most of the flight. The main danger to passengers is not being seated with their seat belts fastened when this unlikely event occurs or unsecured items becoming instant projectiles."

10. What happens if the landing gear fails?

"Simple, we land without it! This event is actually called a 'belly landing,' where the plane lands on the belly without the gear lowered. This event has actually happened where LOT Polish Airlines Flight 16 landed with out the gear lowered with emergency vehicles and personnel on the ground standing by. The plane landed without incident on its belly, and the flight attendants warranted an evacuation — all 231 people were evacuated via the escape slides without injury or loss of life."

11. Is it safe to fly during a thunderstorm? What happens when a plane is hit by lightning?

"Planes are designed to be hit by lightning both in the air and on the ground! Thanks to the engineers who design the plane. The skin of the aircraft acts as a conductor to keep lightning from entering the internal parts of the aircraft, such as the cabin or anything such as flight controls that may affect the well-being of the airplane, and the lightning is redirected out through the wings and tail. There may be damage to the plane (rare), but it will make a safe landing. Thanks to the engineers and plane manufacturers, an airliner has not crashed from lightning in over 45 years. From the passenger perspective, there may be a loud bang or white glow, but not to worry, the internal parts if the plane are protected."

12. What are some reasons that a flight is completely canceled rather than just delayed?

"A lot of reasons can a play a factor with this, mostly crew legality comes into play especially out of our hub cities where we don't have ready reserve flight attendants who can easily take over the flight. FAA mandates how many hours a crew can work a day in any given duty period — pilots are usually 12 hours and flight attendants are usually 16 hours. A long day's friend is fatigue and fatigue is usually where mistakes can be made. Planes have been crippled and met demise under fatigue conditions of the crew. Sometimes the delay can be so long that they cancel the flight for the day and run an extra segment the following day.

Although cancellations are becoming more and more rare, with airlines running about 90 percent completion rate of flights. The most common cancellation is weather, where planes are late or never take off to come in or they just simply can't operate a safe operation under the severe weather conditions and it makes sense to cancel the flight vs. stringing the passengers along to departure that will never happen."

13. What are some tips you have for packing light?

"My suggestion is to wear your larger coat and bulkiest shoes on the flight if possible. Also pack things that combine well together. One skirt that goes with four different shirts or a dress that can be worn for day and evening. It cuts down on the number of items you'll have to pack. Things like underwear, socks, tank tops, etc. can be shoved into boots if those are something you choose to pack instead of wear on the plane."

14. What are the essentials you HAVE to have when you fly?

15. What other travel tips/tricks/secrets do you have?

"Do not depend heavily on the airline/flight attendants. Things happen, we make mistakes, and sometimes we aren't having the best day, but if you can make the flight attendants smile or laugh, you'll never go thirsty. Always anticipate delays and your own needs such as temperature — bring a sweater, dietary needs — we aren't a 7-Eleven, bring your gluten-free stuff from home, medication — keep it with you at all times, along with your wallet, keys, and passport!"

"Drink a lot of water! My best advice is to get yourself onto the time of the place you're going as best you can. If I get in and it's 2 p.m. and I really want to nap, I force myself to stay awake until it's 'bedtime.' It can be really challenging, but that's why coffee exists."

17. What's the coolest place you've ever been?

"I have to say that being paid to work a flight to Maui and then getting to lay on the beach all the next day and then working the flight back is not such a rough life. As long as I have enough time, I try to get out and find some things to explore in every city. I also love Boston and NYC (places I'd never been until I got this job)."

18. What made you get into the airline business? What do those in the business love about it?

"I have wanted to be a flight attendant for a long time. I have always been drawn to the idea of traveling all over for work, the flexible scheduling, and the fact that I get to work with a variety of people. Why people stay in the airline business is due to the flexible hours and the travel benefits. And with many of the larger carriers, once you've worked with them for 15 years, you get lifetime flying benefits with that carrier." 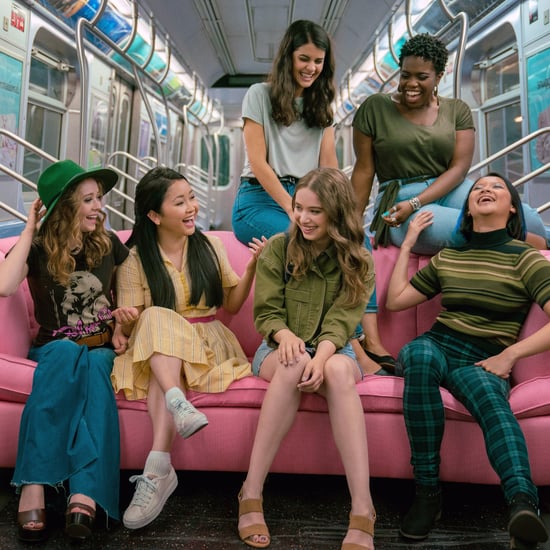 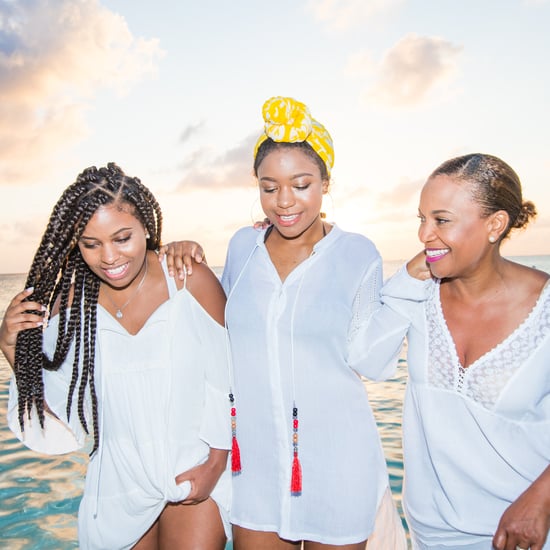 by Megan duBois 23 hours ago