Eager to learn something new? Business Insider shares with us 17 podcasts that cover a variety of subjects and will make you smarter with each listen. 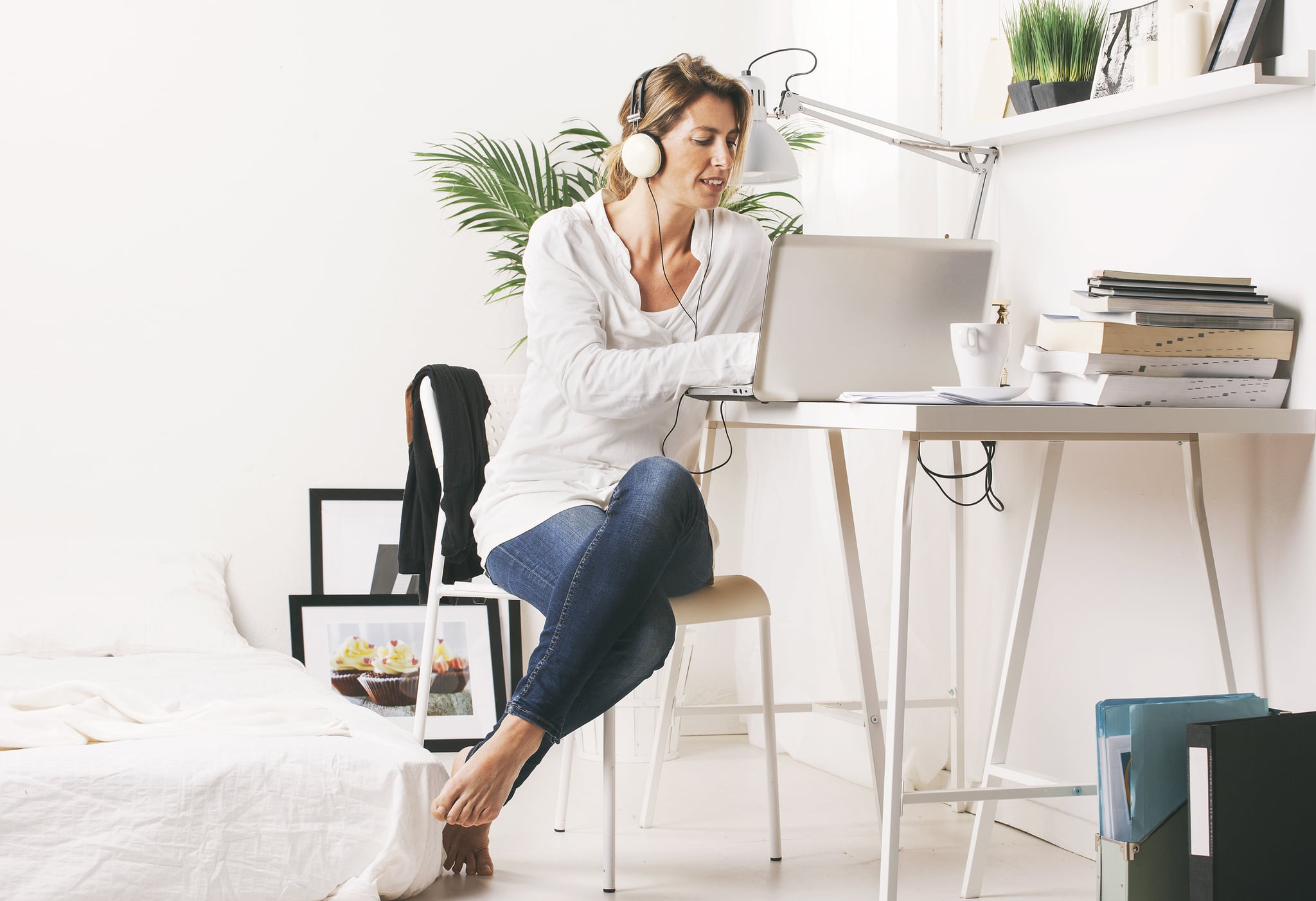 The massive success of last fall's Serial true crime podcast and this year's WTF podcast interview with President Barack Obama marked a cultural shift in podcasts going from a niche interest to a mainstream form of media.

According to a report this April from the Pew Research Center, one-third of Americans age 12 or older have listened to at least one podcast episode, up from just nine percent in 2008.

There are tons of great podcasts on nearly any subject you can think of, but we've collected some of our favorites that are perfect for those of us always eager to learn something new, whether it's about the economy, history, or even the workings of Hollywood.

Here's some prime listening material for your next commute:

1. This American Life provides a deep look into American society.

This American Life has become a byword for oral storytelling. Beyond being a place for moving and hilarious stories, This American Life does staggering levels of reporting; few outlets made the financial crisis as human and understandable as Ira Glass and the gang. It lives up to the hype. Start listening here.

2. Fresh Air will give you an intimate look at your favorite writers, celebrities, and journalists.

NPR's Fresh Air host Terry Gross has been on the air for more than four decades, and her interviewing skills have earned her accolades like the Peabody award, the Columbia Journalism Award, and a spot in the National Radio Hall of Fame. Gross may have a smooth, relaxed speaking style, but the way she digs deep into her interview subjects will keep you engaged throughout the conversation, whether it's about Jake Gyllenhaal's acting process or what a writer learned from covering Mexican drug cartels. Start listening here.

Journalist Stephen J. Dubner and economist Steven D. Levitt became sensations when their book Freakonomics was published in 2005. In 2010, Dubner launched a podcast with the same mission as their bestselling books: ferreting out connections between seemingly unrelated things.

Unsurprisingly, the shows tend toward the intellectually provocative, with the biggest hits having titles like "Is College Really Worth It?" and "How Much Does the President of the U.S. Really Matter?" Start listening here.

4. Marketplace will keep you up to date with the world's top business news.

Every weeknight host Kai Ryssdal guides you through the day's top business news on the podcast version of American Public Radio's Marketplace. Besides a rundown of top stories, you'll also be able to hear exclusive interviews with the likes of Twitter cofounder and Square CEO Jack Dorsey and even President Barack Obama. You may also hear Business Insider senior finance editor and Marketplace contributor Linette Lopez weigh in with some commentary. Start listening here.

5. Planet Money will simplify some of the most complex and important economic issues in the world today.

NPR's Planet Money team describes its show as: "Imagine you could call up a friend and say, 'Meet me at the bar and tell me what's going on with the economy.' Now imagine that's actually a fun evening. That's what we're going for at Planet Money."

Twice a week, you'll get an entertaining, well-reported look at issues like the Greek economic crisis that will leave you satisfied with a foundational understanding of the subject, all in just 15 minutes. Start listening here.

6. Masters in Business will give you insight into the brightest minds on Wall Street.

Investor and author Barry Ritholtz sits down each week with a power player from the business world for his podcast produced by Bloomberg. With his unmistakable Long Island accent, Ritholtz discusses his subjects' careers and research, whether it's "Bond King" Jeffrey Gundlach, renowned economist Richard Thaler, or even celebrity chef Bobby Flay.
Start listening here.

Few things can be more instructive than a life story, and comedian-turned-broadcaster Marc Maron draws the ups and downs of life out of people with a certain raucous grace. Some especially intellectual episodes include his interviews with comedian Wanda Sykes, actor Vince Vaughn, the late Robin Williams, and, most impressively, President Obama.
Start listening here.

8. Invisibilia will lead you on a journey to the frontier of psychology.

Radiolab spun off Invisibilia, whose name is Latin for all the invisible things. It's a podcast about the unseen, unconscious forces that guide our lives: biases, dreams, and quirks of perception. The first episode tells the story of a boy who couldn't communicate for 12 years. His only company was his thoughts — until, one day, it wasn't. Start listening here.

9. The Tim Ferriss Show will help you understand the mechanics of success.

Tim Ferriss puts the life into life hacking. His 4-Hour Workweek, 4-Hour Body, and 4-Hour Chef books have all become bestsellers for the way he combines insight with irreverence.

10. Startalk Radio will open your mind to the cosmos.

Neil deGrasse Tyson is the public face of astronomy right now — and his voice is just as magnetizing. Dig into his podcast to learn about space tourism, comets, and the basics of astrophysics, to name a few. Start listening here.

11. The Political Scene from the New Yorker will give you some smart takes on the biggest stories in politics.

Dorothy Wickenden, executive editor of The New Yorker, leads a weekly discussion with some of her writers about the week's top stories, from the Planned Parenthood debate to El Chapo's escape. Each episode only lasts about 20 minutes, but you'll gain some valuable insight and hear smart debate without the inflammatory rhetoric of cable news. Start listening here.

12. Reply All immerses you in the weird world of the internet.

You probably use the internet every day, but Alex Goldman and PJ Vogt will give you more insight into its effects on our culture than you were ever aware of. They've covered great stories like the ways ISIS uses social media and how an Orthodox Jew ultimately left his family behind because of the world he discovered online. And Goldman and Vogt's goofy rapport will keep you hooked episode to episode. Start listening here.

13. Radiolab will help you appreciate how mysterious science is.

WNYC's Radiolab — the brainchild of topflight journos Jad Abumrad and Robert Krulwich — investigates everyday oddities with a blend of science, philosophy, and music. The duo is able to make high-level science both remarkably accessible, practical, and fun. You probably want to start with the "Colors" episode, where you can learn about a sea creature with so many colors the human eye can't even process all of them. Start listening here.

14. 99% Invisible will give you the lowdown on design.

99% Invisible is probably the coolest design podcast on earth. Roman Mars' show uses design as a lens to look at the thought behind the many structures in our lives, from prehistoric hand axes to airport layouts and high heels. After listening you'll have an appreciation for the minds and tastes that these objects sprang from. Not only that, but the podcasts are snack-sized, clocking in at about 15 minutes. Start listening here.

15. Hardcore History teaches you the most fascinating stories in history that you never learned in school.

Dan Carlin always mentions that he's not a historian; think of him more as an aggregator of history, weaving together various accounts into one engaging story. If you listen, you'll probably find yourself amazed that you spent over four hours listening to a guy talk about the Mongol khans or World War I, but Carlin has a gift for illuminating some of the most interesting yet least talked about moments in history. Start listening here.

16. StartUp chronicles the glorious challenge of founding a company.

NPR veteran Alex Blumberg wanted to make a podcast startup. So he made a podcast about it. Since Season 1, Blumberg's company, Gimlet Media, has started two other popular shows (including Reply All, also on this list) and continues to grow. Season 2 follows the dating site Dating Ring through all of its trials and tribulations as a young company, setting the template for each new season of Start Up being about a new business. Start listening here.

17. The Jay And Farhad Show gives you insight into tech.

We'll now shamelessly self-promote Business Insider executive editor Jay Yarow's podcast, which he co-hosts with the New York Times' Farhad Majoo. Every Friday, they have a laid-back but insightful conversation about the week's top tech stories, like the mythical Apple car, what Snapchat is doing this week, and what exactly Bitcoin is. Start listening here.

Advice
Need Help Adulting? The Realworld App Covers Everything You Usually Call Your Parents For
by Maeve Reilly 2 days ago 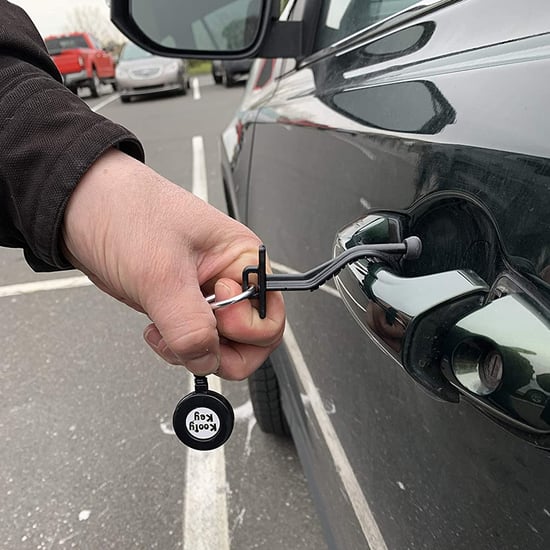 Healthy Living
This No-Touch Tool From Amazon Helps You Avoid Common Surfaces, and It Goes Right on Your Key Ring
by Haley Lyndes 1 week ago 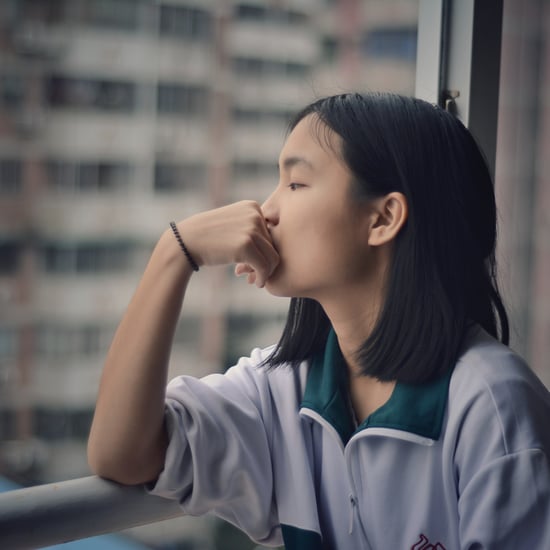