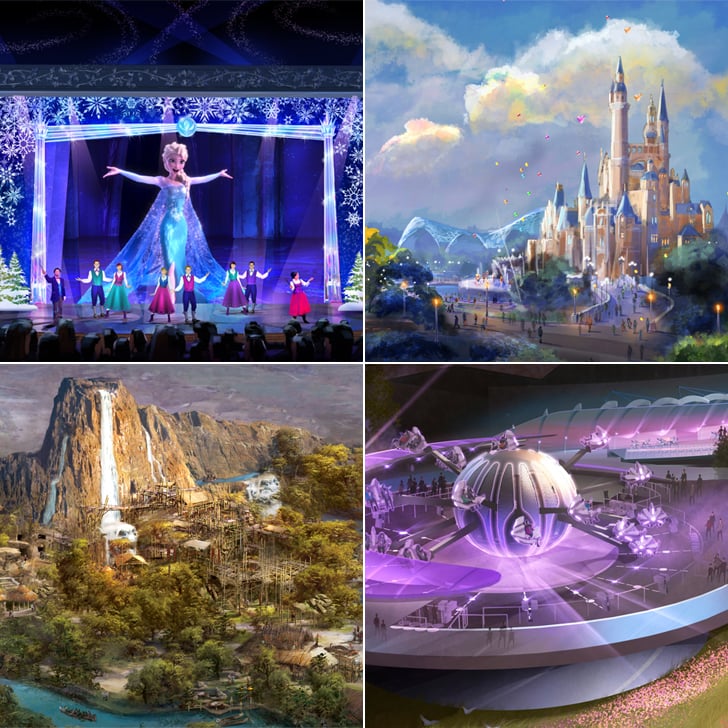 Disney is opening a theme park in Shanghai — the first mainland park in China EVER — and it has an opening date! Pack your bags: the park opens June 16. Shanghai Disneyland just released new photos to celebrate the countdown (100 days and counting!) until the opening.

Robert Iger, Disney's CEO and chairman, revealed the company's plans for the newest park as well as the model for the 1.5-square-mile resort last year, and it is seriously jaw dropping. Shanghai Disney Resort will include six "lands" with a storytelling theme and will feature many of the familiar iconic attractions and characters, but with an added emphasis on Chinese culture and original entertainment. Iger called Shanghai Disney his "passion project," saying that it was a true labor of love bringing it to life.

"We are taking everything we've learned from our six decades of exceeding expectations, along with our relentless innovation and famous creativity, to create a truly magical place that is both authentically Disney and distinctly Chinese. We believe we've achieved the perfect blend, guaranteed to delight all who visit."

Everything looks and sounds completely magical, but huge fans of Disney princesses got the most exciting news of all: the Enchanted Castle will be the "largest, tallest, and grandest" castle out of all Disney theme parks. The castle will be an "entertainment venue within itself," with an interactive attraction in its upper floors and even a water ride traveling below it. Check out the amazing images of what the resort will look like!

Pixar
Obsessed With Toy Story? You Need to See the New Pixar Collection at BaubleBar
by India Yaffe 1 day ago