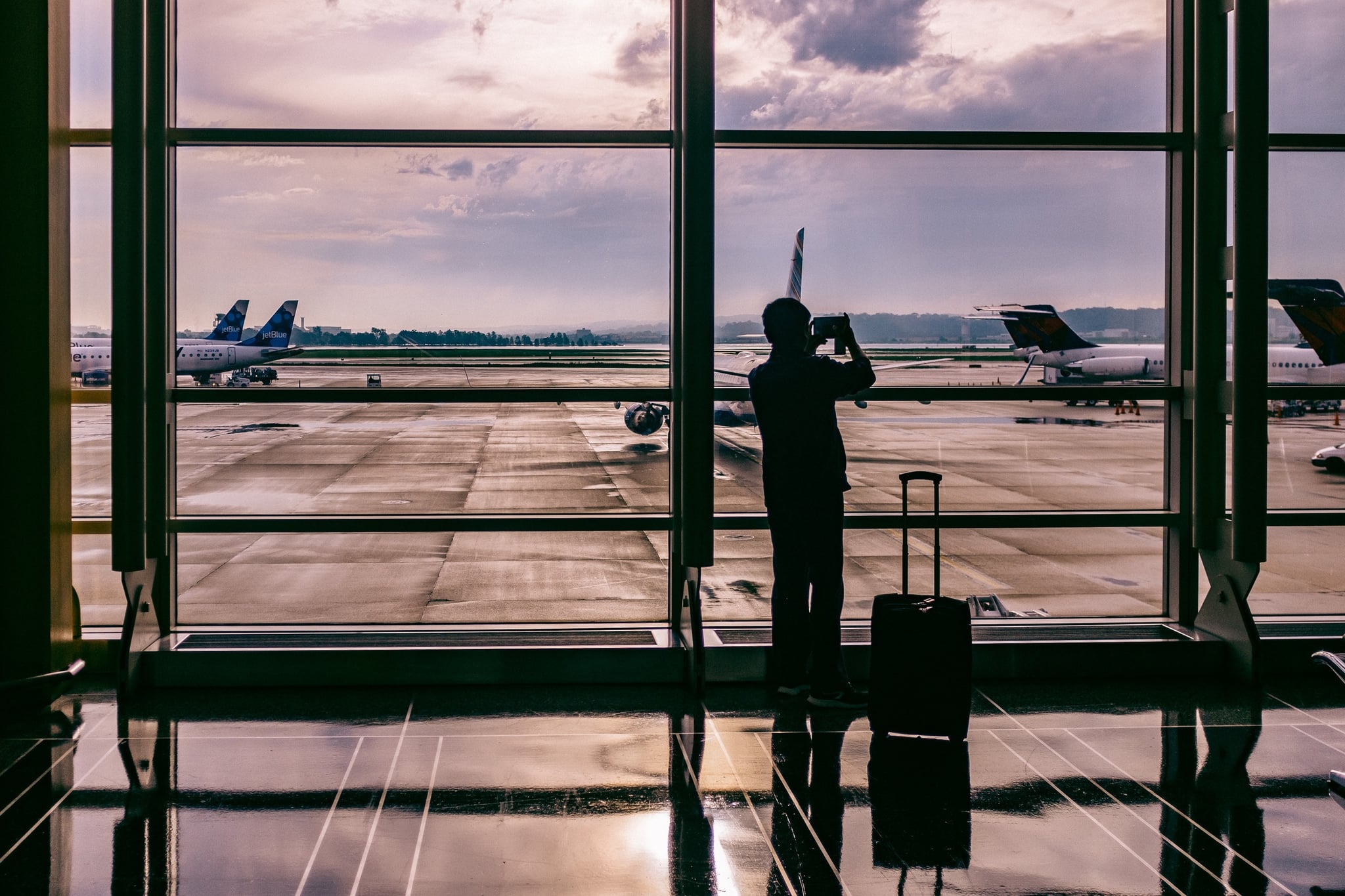 TSA employees see it all. Sex toys, water bottles (yes, people still forget to remove these from their bags), the occasional bag of weed — you name it. Their job to is prevent prohibited items from passing through airport security, and while they often get a bad reputation, their purpose is to keep us all safe while we travel. But you better believe they have some stories to tell. One TSA officer based at Dulles International Airport did an IAmA on Reddit. They revealed everything you need to know (and then some) about what it's like to do the job, as well as what travelers need to know before they fly.

1. What is the strangest, oddest thing you have found in a person's luggage?

".22 LR pen gun. Looked odd on x-ray, called an officer to check it out. Next thing I knew there was local airport police questioning the guy and a .22 round LR lying next to what looked like an expensive pen. It was a middle-aged guy who said he got it as a present and forgot it was in there."

2. Do you guys looks for drugs like mushrooms or pot and how easy is it to pass through security?

"Some airports have dogs that sniff out drugs and explosives. Drugs aren't a priority. Food, herbs, medicine, and spices are allowed. So if an officer is checking a bag for a potential threat and sees a bag of mushrooms or pot, it's really up them to report. Then the situation gets passed to actual law enforcement."

"Some days we get so busy that not everyone gets their usual break, or they don't get the position they wanted, or that someone didn't deserve a lead position. This can typically set off certain people. Other than that, you have just petty workplace drama. Lots of officers work there. Personal situations have caused your usual high-school-style drama and gossip."

4. Do you have any illusions your job is anything other than theater?

"Theater in the sense that it's not totally impossible for someone committed and clever enough to get sneak something through. However, it still remains extremely difficult, and that's basically what the point is. Amateur improvised explosives are generally easy to detect. We are trained to keep an eye out for professional ones that use unconventional and artfully concealed explosive material and initiators. Yet still distinguishable from everyday carry-ons. That's why so many bags get checked, even if it's just coffee."

5. No other country I have been in uses the nude-o-scopes or forces people to remove their shoes. Why should the TSA keep them?

"Not really my call, and most TSA body scanners don't use x-ray anymore. If tomorrow the SOP changed to allow people without Precheck to keep their shoes, I'll be okay with it."

6. What do TSA people do with the stuff they take out of people's luggage? Do they keep it for themselves, sell it online, trade among themselves? What's most common?

"Only flammable or nonproperly contained firearms are taken out of checked luggage. Carry-on prohibited items are actually 'surrendered' since unless it's a firearm (or Improvised Explosive Device of course) that's already been screened, the passenger has the option to put it in their checked luggage or return it to their car or to someone else. It just can't get past the checkpoint.

Officers can't take or dispose any prohibited items themselves. One officer I knew was fired for pocketing a forgotten phone charger. Most common is drinks/bottles and over-sized toothpaste or lotion. Second would be razors and butane lighters."

7. What do you do if you find someone bringing marijuana with them? Can you use your discretion in that situation or is there a SOP you have to follow?

"We can use our discretion since not everyone might know what weed looks or smells like wink. So that means you're taking a big risk if you make it obvious and someone's checking your bag."

8. Do you catch a lot of sex toys going through?

"Every now and again. Fortunately they don't match anything we are looking for. So it's rarely necessary to call them for a bag check."

9. Is there anything that surprised you about the job once you got into the field? Anything that the average person wouldn't know about how the job operates?

"Training is a lot longer than most think. Takes about six months of Powerpoints, training facilities, and mentoring until you finally earn a badge. From the outside, you would be surprised how seriously many of the supervisors and managers take things (at least at our airport).

There is a very long list of standard operating procedure for generally any type of passenger scenario. Especially when it comes to medical devices or religious paraphernalia.

One time last holiday season we were really busy. An officer spotted an over-sized bottle of lotion in someone's bag and annotated so the person doing the bag checks could check it out. By mistake, he pulled the wrong bag and the bag with the lotion got through. Wasn't until a few minutes later that an officer realized that the bag that was pulled wasn't the same bag as the one annotated, but the passenger was already long gone.

I thought they would just clear the bag using the monitor since it didn't appear to be a serious threat. Instead it turned into a full-on manhunt for the lady. They checked the cameras and had local police sweeping the airport for her. They actually had to delay a bunch of flights until she was found. They eventually found her on the plane and she had to get screened again. I've heard stories of planes having to fly back after similar situations."

10. Have you worked with any overzealous agents?

"I'm not going to lie; there are some officers with pretty short tempers and poor people skills. Not the best character trait when dealing with an almost endless stream of individuals each day. But we do have some great ones as well."

11. What's the weirdest thing you've seen seen someone try to smuggle onto a plane?

"Not so much smuggle, but one time we did have an elderly lady try to bring some dead mice in her carry-on. When we opened the bag, there were maggots everywhere. She didn't speak any English, so we never learned why, but I knew this would be a situation perfect for a supervisor."

12. When you put a TSA leaflet in my bag, did you actually take something out? That happens regularly.

"Hmmm, that's something baggage typically does. Sorry, but I'm not certified to operate there. From what I do know, typically things like fireworks or obvious weapons are taken out.

Explaining why they check the bag often requires an understanding of what they are looking for on the x-ray. Can't go too much into it, but certain things often might require inspection if they can't be determined to be potential threats or not on x-ray."

13. How often do you stop people and what is the most common reason? Has anyone tried to run past security?

"Nobody has tried to run past security in my experience, but we do occasionally get the foreigners in a hurry that try to either rush past the body scanner or go through the security gate. If someone does, than it would be the responsibility of the Airport Police, in our case MWAA, to stop them."

"Think the most memorable item I found was a military trench knife inside a person's clothes bag. I've caught a few wine openers with small blades and even a few Swiss army knives hidden in the corners of cluttered bags. But this knife was so big, on x-ray it looked like it was a framed portrait of a knife you'd use in Battlefield 1. People don't typically admit to trying to sneak things through. They typically claim they 'forgot about it.'"

15. Does the full-body scanner take and store photos of you naked?

"Not anymore. Newer machines shoot microwaves that detect any material inconsistency. It highlights any anomalies on a nearby digital avatar and we pat those areas down."

16. How often do you have to search people by hand who don't want the scanner? How's that job?

"Yup, we all have to do that too. Typically it's 1/100. Mostly pregnant women, but we do occasionally get all types of people about every 10 to 30 minutes. I do about 2 to 5 a day. Some of us try to reassure them that the ATD body scanner has less radiation than a cell phone, and less than 1/1000th the radiation of the plane itself. Yet, I can understand how some people might feel uncomfortable regardless."

17. My dad is a pilot and used to base there. I am looking to be a pilot and wondering if pilots skip TSA or do they have a different line?

"They have a different and much quicker line, but still get screened."

18. Do you believe it is possible to stop the "bad guys" without banning people based on their origin/entire nations from entering a given country? What do you think of the [Donald] Trump ban on people from some countries to enter the USA?

"Though it has little to do with my job, I personally think it's pointless. Refugees and immigrants already go through either months or years of vetting through almost a dozen federal agencies and private organizations. Banning those people doesn't make anyone safer. It's an oversimplified solution to a sophisticated problem." 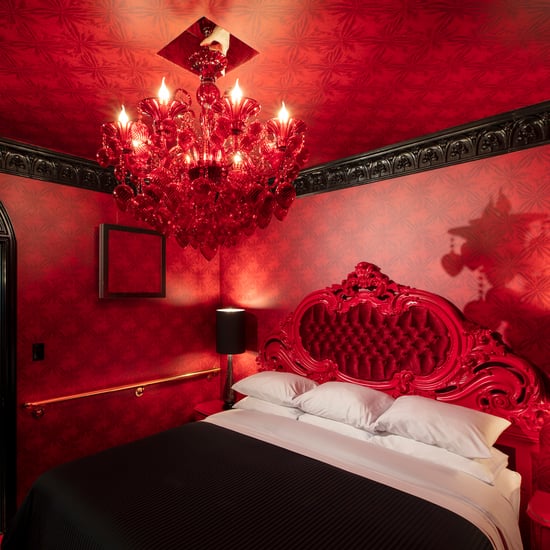