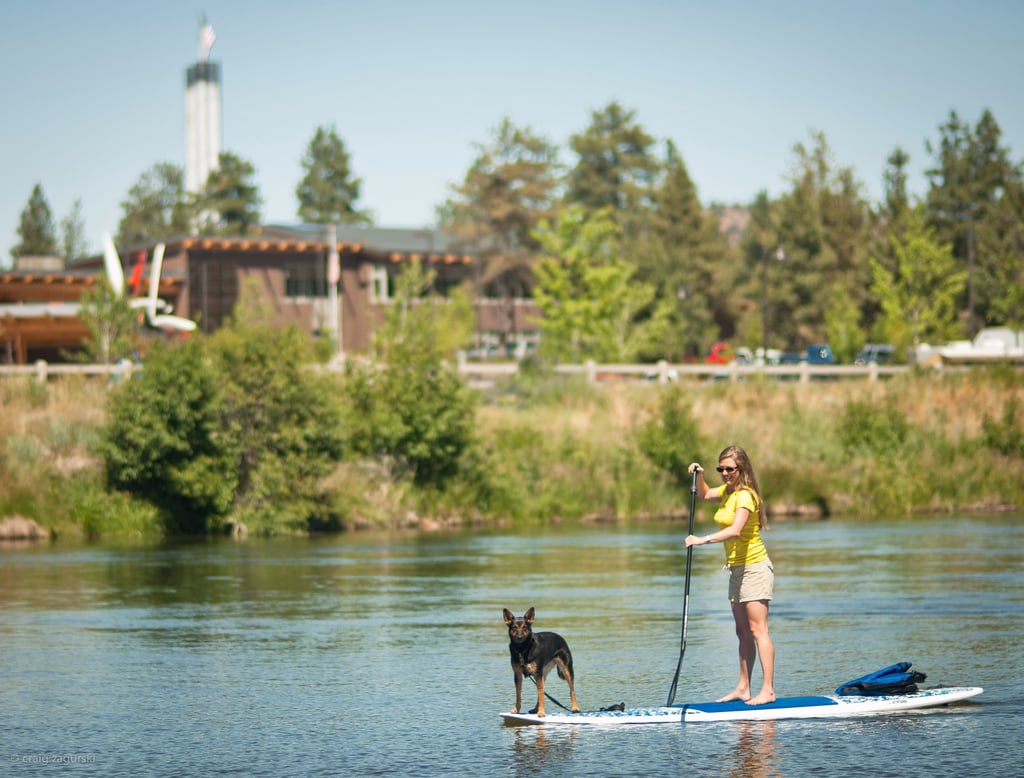 Pints and Peaks: Why Bend Should Be Your Next Oregon Vacation Stop

Yeah, yeah, we get it. Portland, OR, is pretty, cool, and intriguingly weird. It has a great fill-in-the-blank with beer, biking, food, music, artisans, doughnuts, and coffee. In fact, you hear the virtues of visiting the Rose City extolled so heartily and with such frequency that you might (mistakenly) think it's the only thing Oregon has to offer vacationers.

However, Bend is an awesome alpine alternative primed to steal back some of the tourism thunder (which, by the way, they have less of than PDX). On average, the central Beaver State mountain town has 162 days of sun a year (and most locals would swear that number is now closer to 300) compared to Portland's 144, which gives you all the more time to enjoy its bevy of beer gardens, urban trails, dog-friendly restaurants, public art, and outdoorsy activities.

The area is surrounded by wooded wonderland. It's home to 22 breweries (including a granddaddy of the American craft beer movement, Deschutes), an adorable, lively downtown, and the state's longest continuous lava tube. It's even rumored that seven people move there every day. Whether that statistic is exaggerated or not, it wouldn't be hard to buy as fact given the place's many pros, most of which also make the list of reasons to plan a trip to this Pacific Northwestern playground. Here's everything you should do when you visit Bend!

Related:
For Just $175 a Night, You Can Stay 40 Feet Off the Ground in This Epic Tower
Previous Next Start Slideshow
Travel InspirationTravelUnited StatesOregon