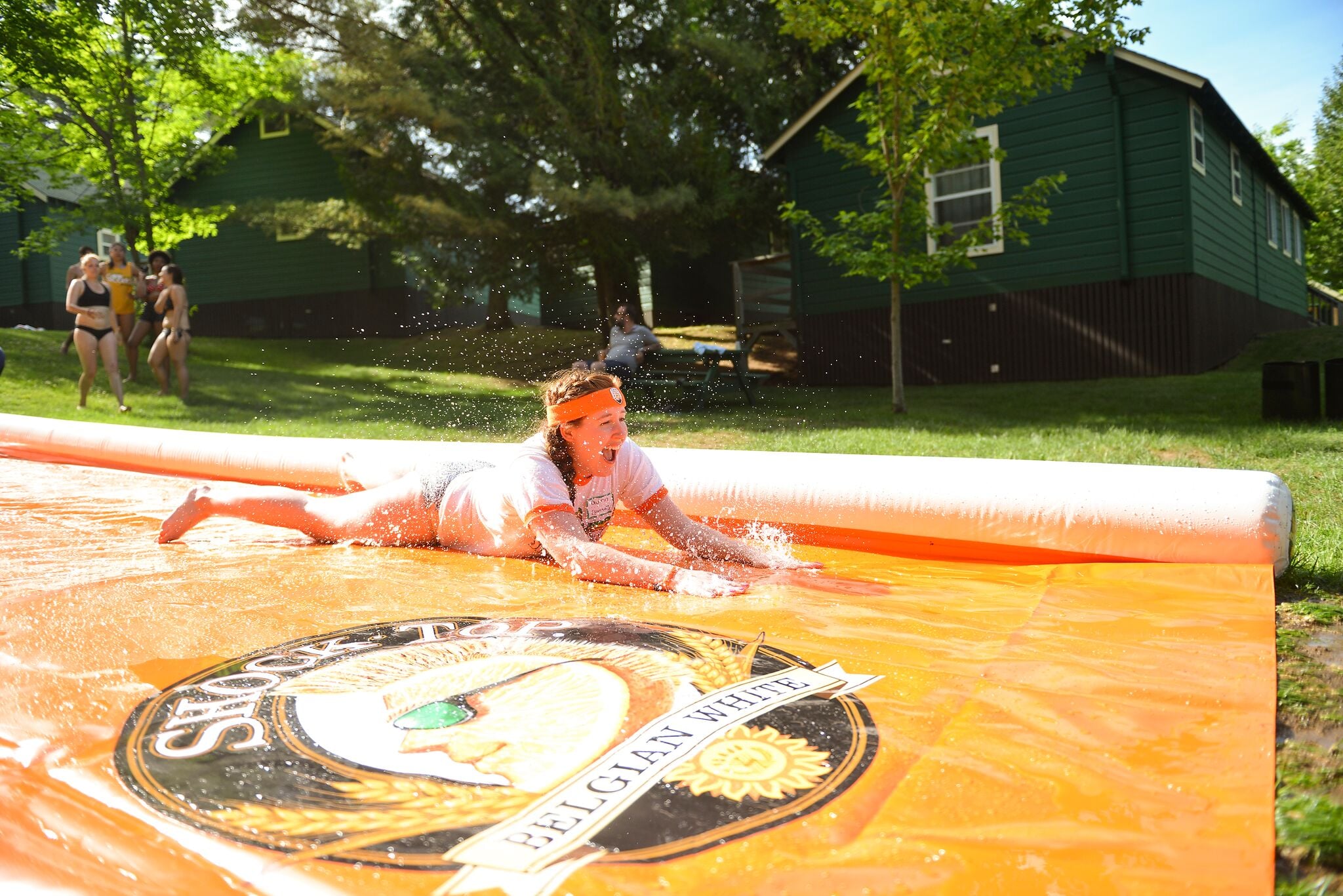 The Summer I turned 12, my singular goal in life was to go to sleep-away camp. Like any kid who's seen The Parent Trap, I was desperate to have the skin on my hands stained with colorful tie-dye, my shoes caked in mud, and the chance to potentially meet my long-lost identical twin sister. I begged my parents to ship me off to some rugged cabin in the middle of the woods with a bunch of other campers, but instead they decided a Summer spent swimming laps with the local swim team was a better option. As I inhaled mouthful after mouthful of chlorine that July, I couldn't help but feel like I was missing out on an essential childhood experience.

Flash forward 13 years, and you could say that I've lost a bit of the gumption I had as a kid. I hate being sweaty. I hate being dirty. I hate bugs. (I love complaining.) I've been called a priss more than once, and if we're being honest here, I usually deserve it. I'm a city girl, through and through, which is exactly the reason I leaped at the opportunity to attend Camp No Counselors' Shock Top-sponsored, adults-only sleep-away camp for a weekend. Beer instead of Kool-aid? Hearing stories told around a campfire instead of watching them on Snapchat? This would be the perfect place for me to buck up, unplug, and shed some of my uptight, neurotic tendencies in the great outdoors, all while fulfilling a lifelong dream.

I packed a bag with sneakers, sunscreen, and bug spray, drafted my boyfriend for the four-hour drive upstate, and joined around 100 other adults for what could either be the worst, or best, decision I'd ever make. 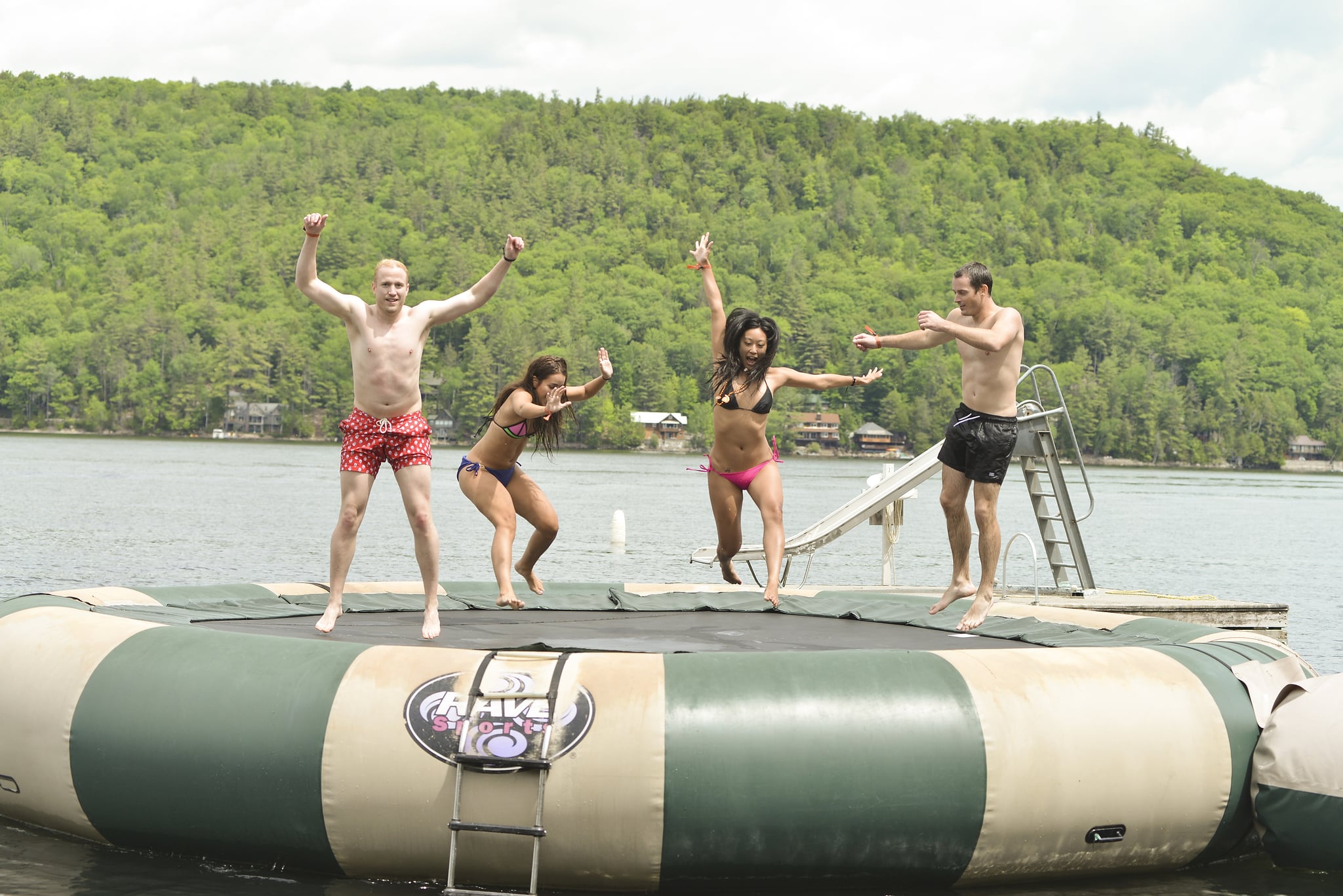 The Camp No Counselors weekend was held at Southwoods Children's Camp in Paradox, NY, where you'd be expected to sleep in narrow, rickety bunk beds in a cabin with 15 other strangers and have the opportunity to participate in activities like kayaking, archery, beach volleyball, and an intense ropes course during the day, and fun, alcohol-fueled theme parties at night. Basically, it was like a Summer camp straight out of the movies, only with a lot more flip cup.

The first thing that struck me upon arriving at the camp was just how much I'd missed seeing so many trees in one place. Green, green, and more green for as far as the eye could see. The second thing I took in were the words "No Service" hovering at the top of my phone screen. With nary a cell tower in sight, we were deprived of email, Facebook, Instagram, Twitter . . . you name it. I felt a brief moment of unease, immediately followed by freedom. I couldn't even remember the last time I'd gone a day without sweeping my inbox or scrolling through my news feed. Would two and a half days without seeing someone using the dog filter be that bad? I stuffed my cell in my bag and didn't pull it out again all weekend (OK, OK, just for that one selfie).

The first day there, my boyfriend and I made our way down to the lake, where we kayaked and swam through the cold, dark water with reckless abandon. Everyone found their own niche, whether it was doing yoga on the sand, playing a little beach volleyball, or shooting arrows Katniss-style. As I watched people gleefully slide down a giant, inflatable slide and splash into the water, I realized that everyone there was being present in a way that I hadn't seen in a long time. I'm not sure if I've ever seen so many adults in one place so free of pretension. Everyone was jumping and diving and leaping and flailing around without a single care as to who was watching. In a world where your social media imprint can sometimes matter more than your actual personality, it was a rare and incredible sight to behold. We were present. We let go. We learned to embrace the sweat and the dirt and the heat. We were kids again. 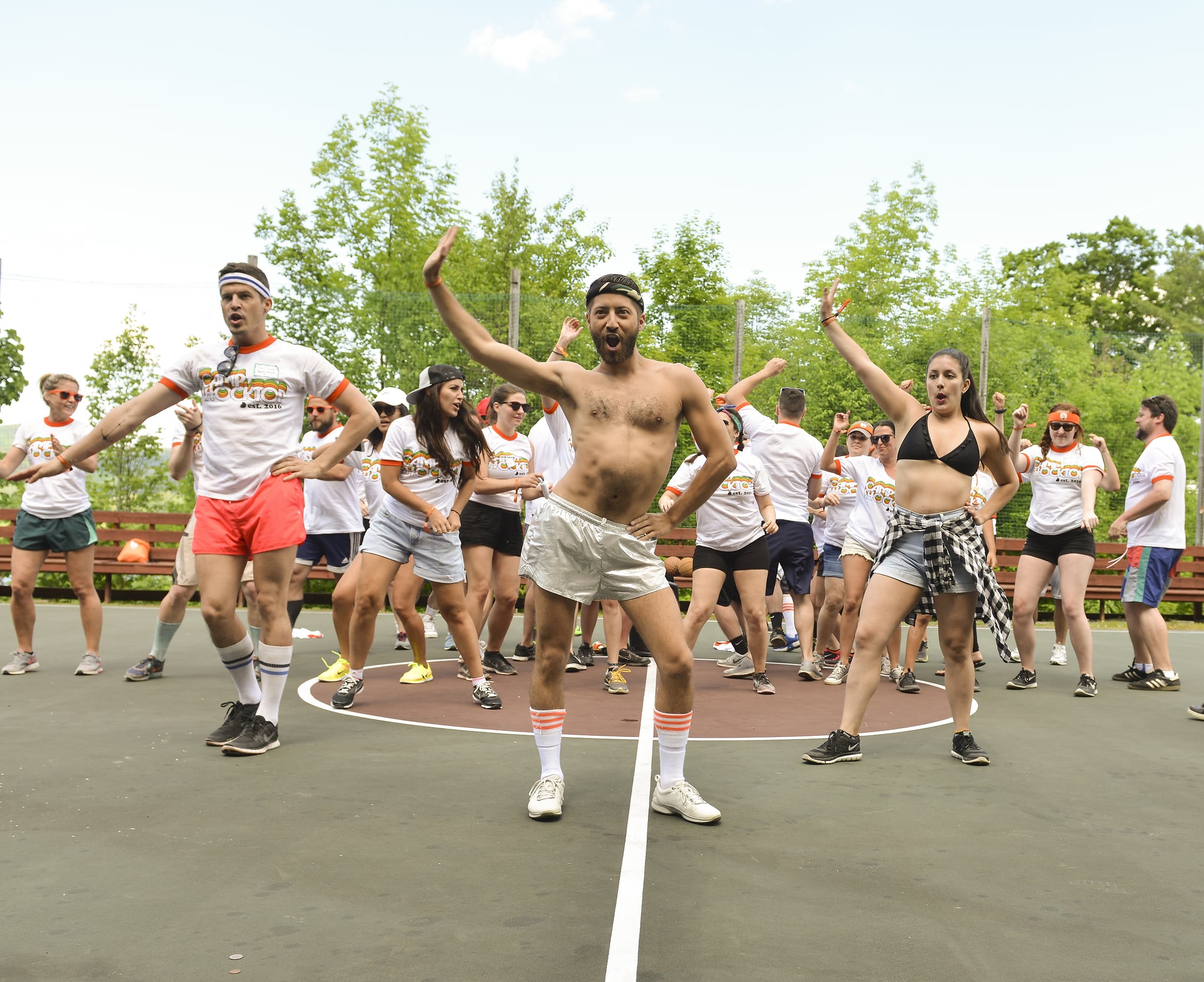 There are downsides to being a kid again, though. For instance: being expected to live in a cabin with a bunch of other people. It was what I'd signed up for, so I knew it was coming, but that was before I'd experienced snores so loud I thought my eardrums were going to detach themselves from my body or showered in a stall that was about half the size of a telephone booth, with daddy longlegs crawling out of the drain. I slept in a bed that was meant for someone roughly the size of a fetus, and I slid face first into a large puddle of mud (no, really). Remember what I said about being a priss earlier? Yeah. I was just about pushed to my limit.

Once I'd gotten over my more basic fears (and I mean, #basic), some long-buried childhood ones came bubbling up to the surface. Would I fit in, or be cast out of my bunk like a big, fat loser? Would someone, somehow, see me as that same awkward, chubby 12-year-old who was stuck swimming laps years ago? Would I be forced to build a tent out in the woods and survive off of nothing but berries, squirrels, and Lemon Shandy until the weekend was over? Seeing as I'm currently typing out this story on a laptop rather than carving it into the side of a cave, I think you can assume that I was able to swallow my fears and be social. Or rather, my boyfriend got up to go to the bathroom at one point (leaving me shaking and alone, like a Chihuahua), and I was forced to nervously introduce myself. Luckily, I didn't faint or poof into dust. Instead, it led to a whole lot of laughing, drinking, and toilet papering other people's cabins with my bunkmates. Hallie Parker and Annie James, eat your hearts out.

By the time Sunday afternoon rolled around and we were all herded on to buses bound for NYC, I have to admit that I was relieved. The thought of catching up on the internet and binge-watching something on Netflix was calling my name. Once the bus reached an area with service, a text from my friend popped up. "How was the camp?!" I immediately started typing, "Soooooo happy to be going home," which was true. But I couldn't help but feel a twinge of sadness as we got closer and closer to the city, because I realized that the people sitting around me, who'd been strangers a mere 48 hours earlier, were now friends. And how often does that happen? I might not have accomplished my goal of getting rid of every insane, uptight anxiety that occupies my brain (I encountered too many spiders for that, let's be real), but I'm glad that I did it. It might not have been a perfect experience, but it was certainly one I'll never forget, and in a way, that's even more important.