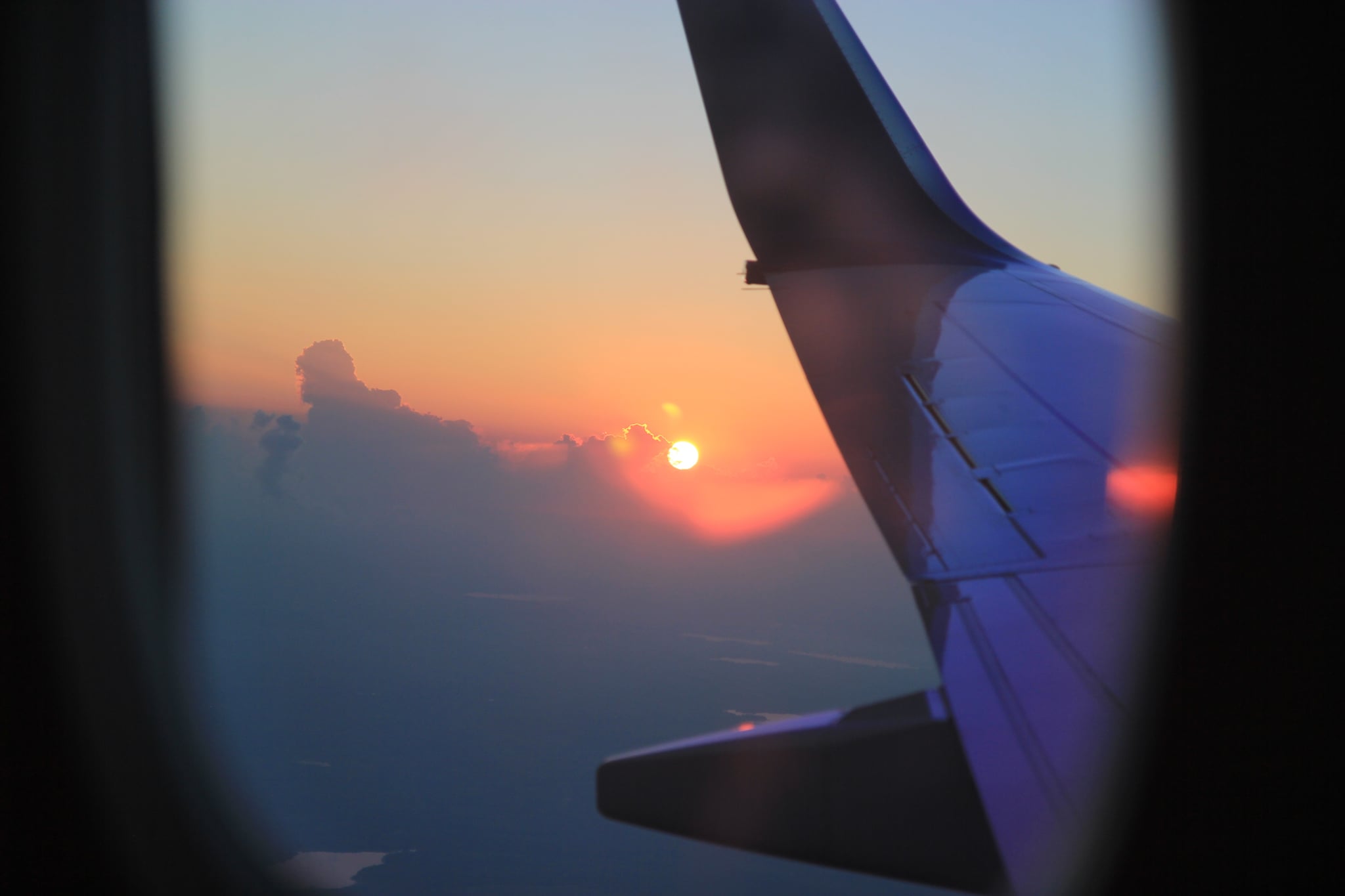 Warning: If you've never seen Friends, there are spoilers ahead! Also, you should watch Friends.

"I got off the plane" is, in my Friends-adoring opinion, one of the greatest lines in television history. I start to tear up before Rachel even speaks these words (truthfully, I'm a little misty just thinking about it now). But watching that scene as an adult — not the fourth-grader I was when it first aired — has given me pause . . .

Rachel's entire life had been spent floating between Manhattan and Long Island, and she had an incredible opportunity in front of her. She was going to work for Louis Vuitton in Paris. It was a chance to grow, expand her professional and cultural horizons, show her daughter a different side of the world, and eat a whole lot of croissants. And she turned it down; she chose familiarity over adventure.

Of course, the situation was more nuanced than that (as most situations are) . . . there were children and families and long-term relationships at stake. But I think, too often, women choose familiarity over adventure. We allow that fear of the unfamiliar to limit us and keep our feet firmly planted in a world that we know.

I believe that true growth does not come from blooming where we're planted; it comes from tearing our roots out and throwing ourselves into new soil.

I believe that true growth does not come from blooming where we're planted; it comes from tearing our roots out and throwing ourselves into new soil. Seeing the world from fresh angles, learning different languages, building a greater sense of empathy for those who live and speak and eat and work in ways different from our own. Not forgetting where we came from, but enhancing our points of view by expanding the very definition of what it is that we know. As someone who has called seven different cities "home" in my lifetime, I promise you, it's a rewarding experience.

Throwing yourself into an unknown environment (be it a new city, country, or continent) forces you, quite literally, to step outside of your comfort zone. It pushes you to renavigate, mastering mysterious metro lines, cobblestone streets, winding country roads . . . to adopt new customs and norms — like giving cheek-to-cheek kisses instead of warm hugs or trading giant iced lattes for cups of frothy espresso . . . to socialize without the "My Name Is" stickers and ice-breakers of college orientation (an especially difficult task when you're learning a new language).

But with each new challenge and adventure, you begin to adapt a bit more quickly, communicate more succinctly and skillfully, embrace shared interests as well as differences. You learn a little more about the world around you, thus gaining a greater sense of the small but integral role you play (and making new friends and traditions along the way).

And after all, the world would be a pretty dull place if no one had ever taken a chance and set sail (I'm looking at you, Marco Polo).

So stop worrying about the left phalange or the security and routine you're leaving behind. If you have the opportunity to move across the country, or the ocean, or the planet: take it. Challenge yourself. Push yourself. Get on the damn plane.