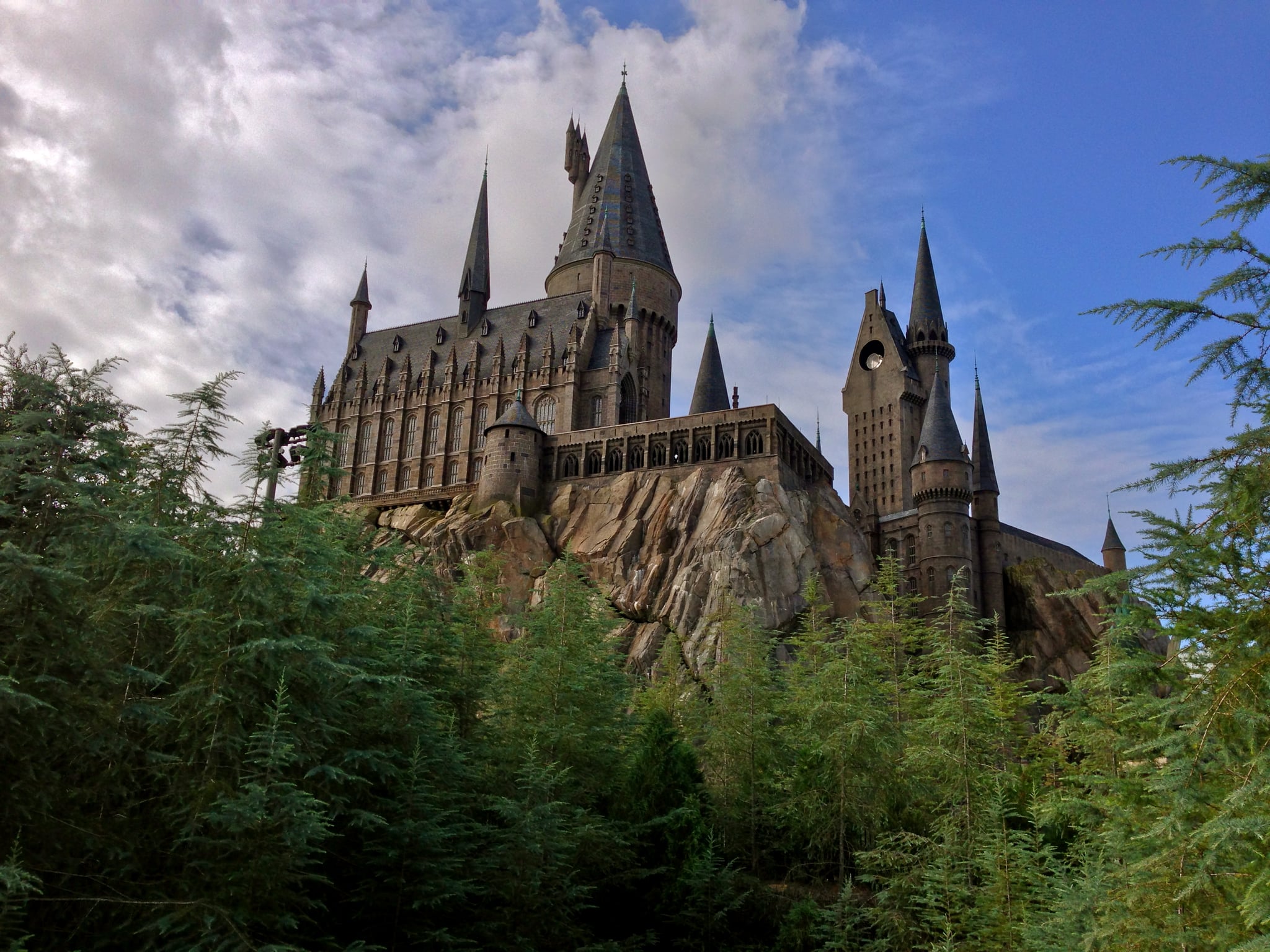 Ever wonder what goes on behind the scenes at The Wizarding World of Harry Potter? Spoiler: it gets pretty smelly in the locker rooms, but it's still as magical as you'd expect. A 19-year-old employee who works as a witch at the Universal Orlando park revealed tips and secrets in a Reddit AMA that will both fascinate you and help you on your next visit. Ahead, you'll find out the best times to visit the parks and discover that employees actually go through "Potter Orientation."

Related:
Shh! 17 Things You Didn't Know About the Wizarding World of Harry Potter, From a Former Employee

"The hiring process was actually really laid back. They asked me what my favorite production of Universal Studios was, and I was just honest and told them, 'I would love to give an answer, but unfortunately I don't watch too many movies and I'm more into gaming' — they were very understanding about it. Of course, like a normal interview, they would ask about your past work experience and such."

2. Do you have to know everything Harry Potter to work there?

"They make their orientations really fun, too! It's like being in a classroom setting, but the people that teach you actually have humor and personality."

3. Do you get annoyed when people call it "Harry Potter Land?"

"No, but some fellow witches and wizards do. I'm just there to do my best job at helping people have a great time."

4. What is the strangest, most outlandish question a tourist has ever asked you?

"I [have] been working for six months so far in there, and it's hard to recall every odd question, but my favorite questions that I get are, 'Where do y'all sell the magic sticks?' I remember one time a lady gave me a business card for her service animal, and it was the cutest thing ever."

"Pottermore has sorted me into Slytherin and I love embracing the inner snake in me! I have yet to get sorted by the Sorted Hat that they bring once a year.

"It's called 'The Celebration of Harry Potter,' and it happens once a year, at the last weekend of January. It's really cool because all the super fans go and cosplay, so it's a really nice experience working that weekend because you get to interact with all the people that are stoked to be there. During that weekend, they usually introduce new merchandise and products. This year, they made baby versions of the H & R sweaters and also introduced F & G for Fred and George!"

6. When's the best time to visit the park?

"I suggest going back during the off-seasons unless you like big crowds. The parks usually have 25,000 to 30,000 people during peak seasons, and 40,000-plus nearing Christmas. Going during May and September is ideal because there's not much going on during those two months."

7. Do you guys treat your house elves better?

"Of course we do! Us folks in Diagon Alley are respectful witches and wizards. I can't speak for those that are in Knockturn Alley though . . ."

8. Do you get any cool perks for working there?

"We normally get a 35 percent discount on any merchandise when we're employed there. We also get around four free tickets every three months we work to take anyone we'd like into the parks. Free admission and parking for ourselves, of course, and 15 percent off third-party stores in CityWalk and for food carts."

"The starting pay for any job at Universal Orlando starts at $10/hr."

10. Can you tell us about an Easter egg at the park we may not know about?

"The phone booth in London actually works and you can dial the number for the Ministry of Magic and hear a message."

11. Why does the train seem to be out of service so much?"

"I was only aware of it being down during one of my shifts, but a lot of factors could be included. Sometimes, it could be a mechanical or technical issues, and other times it may just be simply because somebody got sick on a ride and threw up in it, or a toddler couldn't hold their water. It may seem like an easy fix/clean-up, but when dealing with bodily fluids, the employees that run the ride (or the clerks if you're in a shop) have to radio another department of the park whose job it is to clean up messes like that. Sometimes it takes a while because the park services/clean-up people are preoccupied with something already."

12. What's your favorite thing to see at the park?

"I might be a little bias[ed], but my favorite thing to do is to just check out everything in Diagon Alley and really admire the details and effort they put into the whole thing."

13. Which ride is your favorite?

"I personally like the Forbidden Journey ride better just because I like having the overhead safety harness than the one that goes over your lap."

14. Do you have any recommendations that may not be commonly known?

"There are two 'secret' wand locations that aren't shown on the map, but I know about them because a fellow wizard gave me a tour during my training days and mentioned them. Trying to locate them could be a fun thing that you guys can do."

15. Do you get to take your witch uniform home?

"For the uniforms, there's a wardrobe system where you check out pieces of clothing and return them back at the end of the day.

Summer
Ready to Hit the Open Road? Here Are the 10 Best US Road Trips to Take This Summer
by Lindsay Paige Stein 2 weeks ago