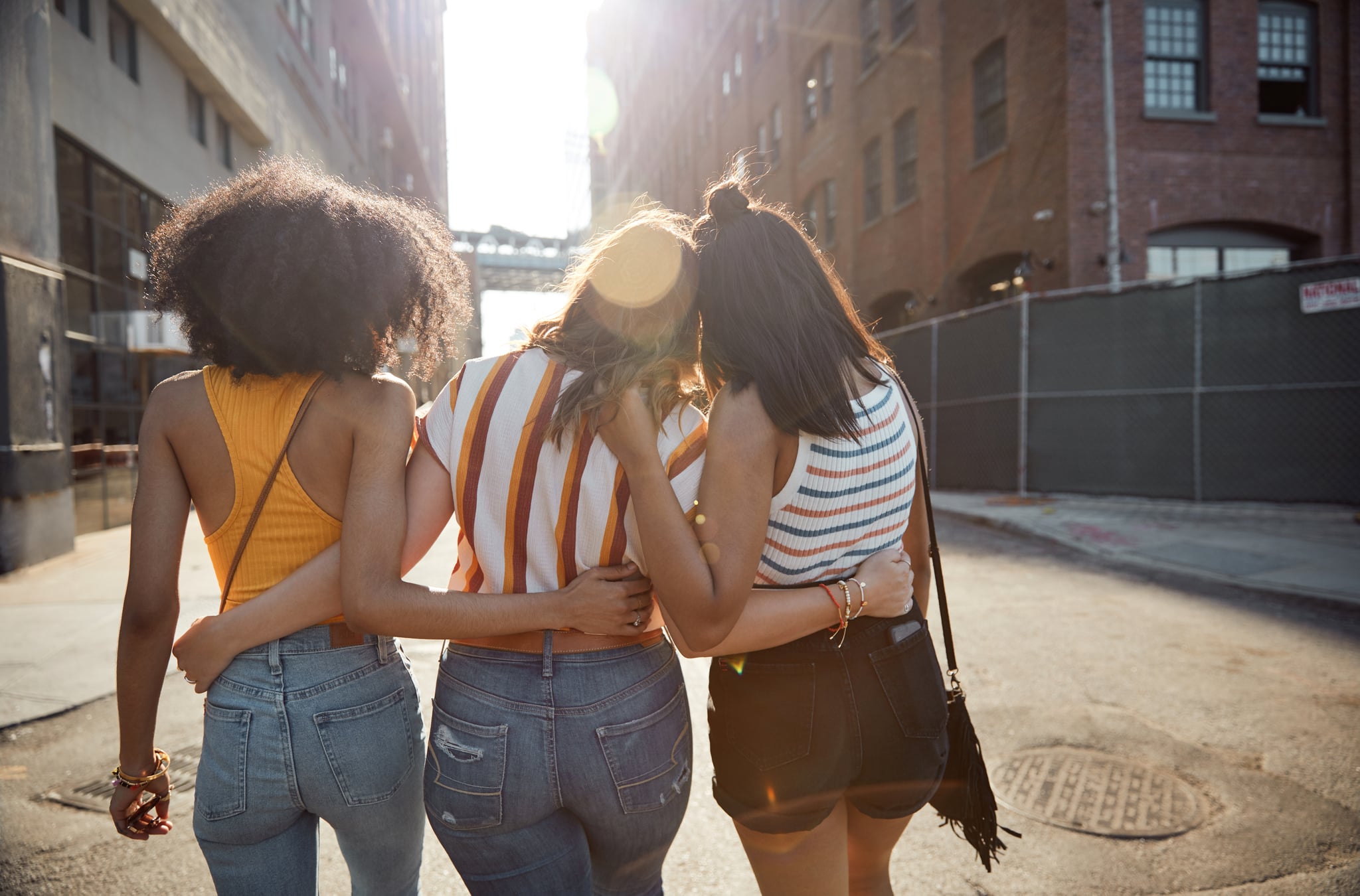 If you've ever said, "I'm not racist! I have Black friends," you might need to rethink what it means to be a friend. As someone who's been the token Black friend on multiple occasions, that phrase has always been problematic to me. It made me question a lot of my own friends for some time, especially the ones who would nonchalantly say anti-Black things to me as if I wasn't Black myself.

One particular situation always comes to mind. Back in high school, I was friends with this one girl who, one day during a class, referred to President Barack Obama as "Mr. Monkey Man." My class was predominately Black, so my classmates and I were very upset. After class, she took me to the side and asked: "You see where I was coming from though, right? They are just being so sensitive." According to her, she thought he looked like a monkey and there was nothing racial behind it. Instead of wanting me to explain the painful history behind what she said, she wanted me to validate her feelings. She wanted me to tell her that I disagreed with my classmates, but I didn't. Even if I did disagree, my singular opinion wouldn't undermine the feelings my classmates and the majority of Black people share.

Needless to say, I distanced myself from her after that. Friends don't put friends in a position like that. Friends also don't act as one person's shield from accountability. It may work out like that in sitcoms, but this is real life, and that is not acceptable. Non-Black people, your Black friends are not your "get out of jail free" card when you say or do something racially insensitive. Your personal relationships with Black people don't magically opt you out from having racist tendencies, nor do they end the systematic racism your Black friends face. It takes more. Yes, you may be friends, but what do you do to be actively antiracist?

Ask yourself: are you really someone's friend if they can't confide in you or even express their identity with you? Oftentimes, Black people might hold back on talking about race to their non-Black friends in fear of being dismissed. Don't do that. Listen to your Black friends when they talk about race-related topics, even if it makes you uncomfortable. If talking about racism unsettles you, imagine experiencing it. Understand that their anger isn't them "just being sensitive." Once you start to listen to them — really listen — then you can create a space within your relationship where your Black friends feel comfortable discussing race with you.

Mean What You Say

Defend your Black friends and Black people in general. Period. People are often loud to claim their proximity to Blackness when they get called out for being anti-Black, but silent when they hear Black people being attacked. As much as you say you aren't racist because of your Black friends, prove it by not tolerating racism from others, even if they are your family or other friends.

Do Your Own Research

Don't expect your Black friends to be your liaisons to their community and its history. Educate yourself on Black history. It can be exhausting to some Black people to constantly have to explain their history or existence to their friends, coworkers, family, etc. There are so many resources, from documentaries to books, that explain Black history. While this doesn't mean you should be afraid to ask your friends questions, just don't run to them every time you're concerned about something dealing with Blackness.

Don't Just Talk About It, Be About It

Let your actions, not just your words, speak for your character. Take a stand by joining a local protest or march against racism. If you can't march, donate to the cause or sign one of the many petitions that still need signatures. Once you do those more immediate things, think long-term — Black-owned brands to buy from, Black authors to add to your book list, Black influencers to follow, etc. There's so much you can do to support the Black community, and it's not a checklist — it's permanently changed behavior.

But most importantly, support your friends mentally. These times can be especially upsetting, and even a quick text or phone call to show support can help. Having friends from different backgrounds should be a learning experience. Love and support them on every level; don't use them to claim you aren't racist.