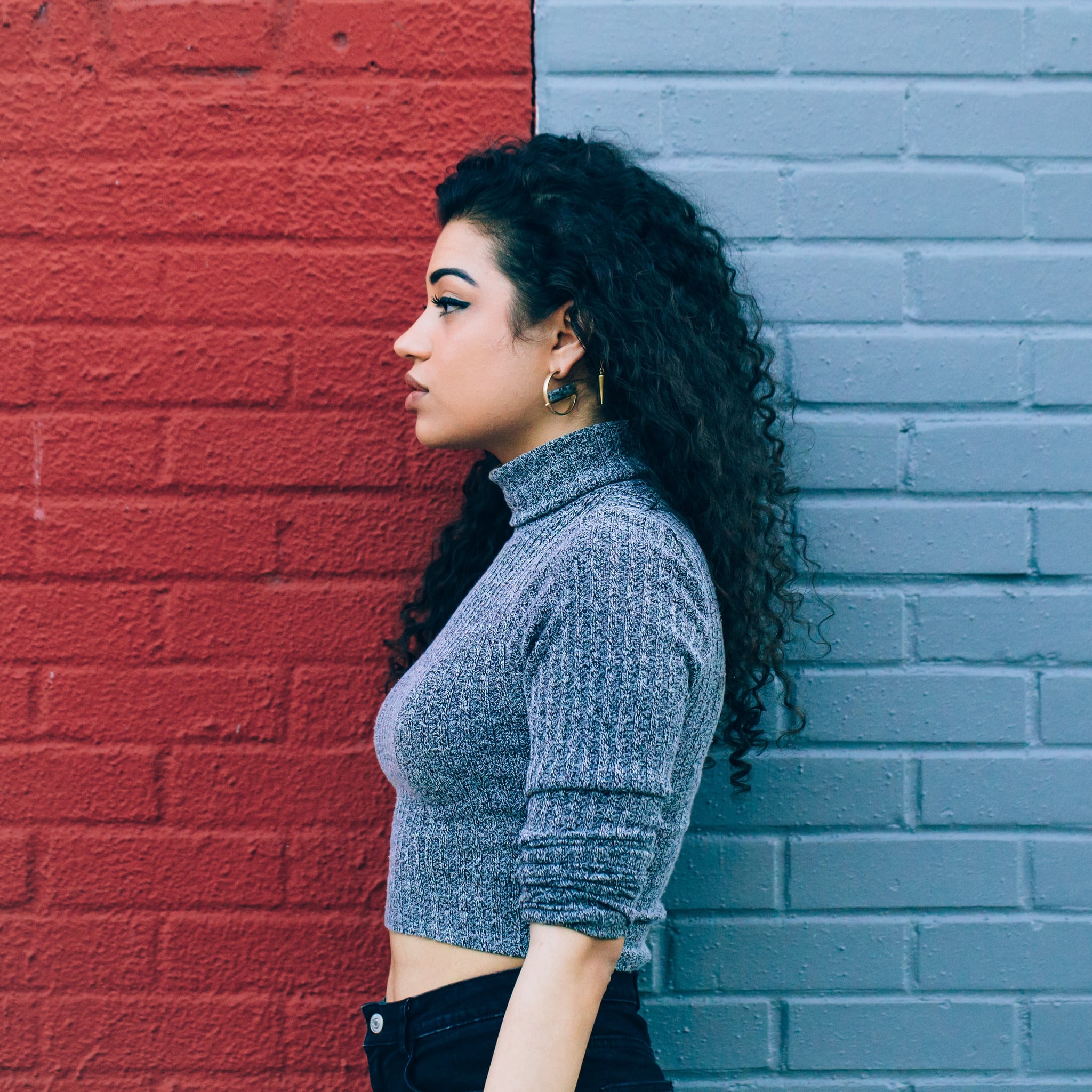 I'm a light-skinned, multiracial woman, and the privilege that I have is no secret to me. However, I grew up in a small town in West Michigan and just about everyone I knew was white, which made a little mixed girl like myself stick out like a sore thumb.

I began to understand that I was different in middle school, where the halls were flooded with mostly straight blond hair and blue eyes. While I didn't experience a whole lot of blatant racism, microaggressions were almost constant. I heard all of the ridiculous grape Kool-Aid and fried chicken jokes, and was known as "the Black girl," even though almost three-quarters of me is white.

People mostly seemed perplexed by my existence. Even in the dead of Michigan Winters, I was still darker than 98 percent of my school. I don't recall having a single Black teacher, guidance counselor, coach, or gym teacher — and with very few other people of color, I didn't feel like I had anyone to relate to.

Virtual strangers — both children and adults — were so confused by my skin color and thick curls that they felt compelled to approach me and ask, "What are you?"

Going through school as one of the only mixed kids left me in a dark place filled with a lot of self-loathing. I spent years begging my parents to let me bleach my dark brown hair blond and suppress my curls with chemical straighteners. I was teased for my hair being too "poofy" and "frizzy," even though I'd wake up an hour earlier to straighten it, damaging it even more with thinning shears. I remember the hot envy burning in my chest when I saw the way the white girls would come back from Spring break with a subtle golden glow, and I would return, well, brown. My body shape was different from my friends, as well. When we all hit puberty, I got more than just boobs. I had hips, a butt, and thick thighs, and I resented my muscular build for filling out my cheer uniform in a way that made me stand out. I even felt less feminine because of it, and devised destructive methods to try to shrink into a smaller size. My mom still recalls me telling her that my school had one style of people and it wasn't me.

My dad is half Black and my mom is white, and although people rarely said anything, they often glanced at us in a way that made it clear they were trying to connect the dots on how we were related. Once, at a celebratory dinner with my mom and stepdad, the waiter asked my mother where she got me from before even taking our drink orders — because his sister had just adopted a child that looked like me from a country in Africa.

Related:
Please Stop Telling My Daughter That Her Sibling Is Her "Half-Sister"

Virtual strangers — both children and adults — were so confused by my skin color and thick curls that they felt compelled to approach me and ask, "What are you?" This question bothered me some, but I got asked it so frequently that I became numb to it. I remember feeling like the people asking me what I was viewed me as some kind of alien freak, or worse — like some kind of tropical fruit when they'd rave about how exotic I looked. Sometimes, it would annoy me to the point where I would just ask them what they thought I was and I'd tell them they were right even if they guessed I was Filipino, Mexican, or Middle-Eastern.

Growing up looking different than the majority of people in my community was tough, but when I moved away from my small town in high school and started to attend schools filled with all kinds of people, I finally began to feel less alone.

It breaks my heart thinking about how I spent most of my adolescence trying to assimilate, but looking at how I've come into myself as a woman fills me with joy. Now I wear my hair natural every day, and I can't remember the last time I took a flat iron to a single strand. I'm engaged to a half-Filipino man who loves every wild curl and gets teary-eyed at the sight of my butt. I feel the strength in my muscular build and feel grateful to have a strong body that allows me to do awesome things. And best of all, I lay in the sun as much as I can, getting browner by the minute.