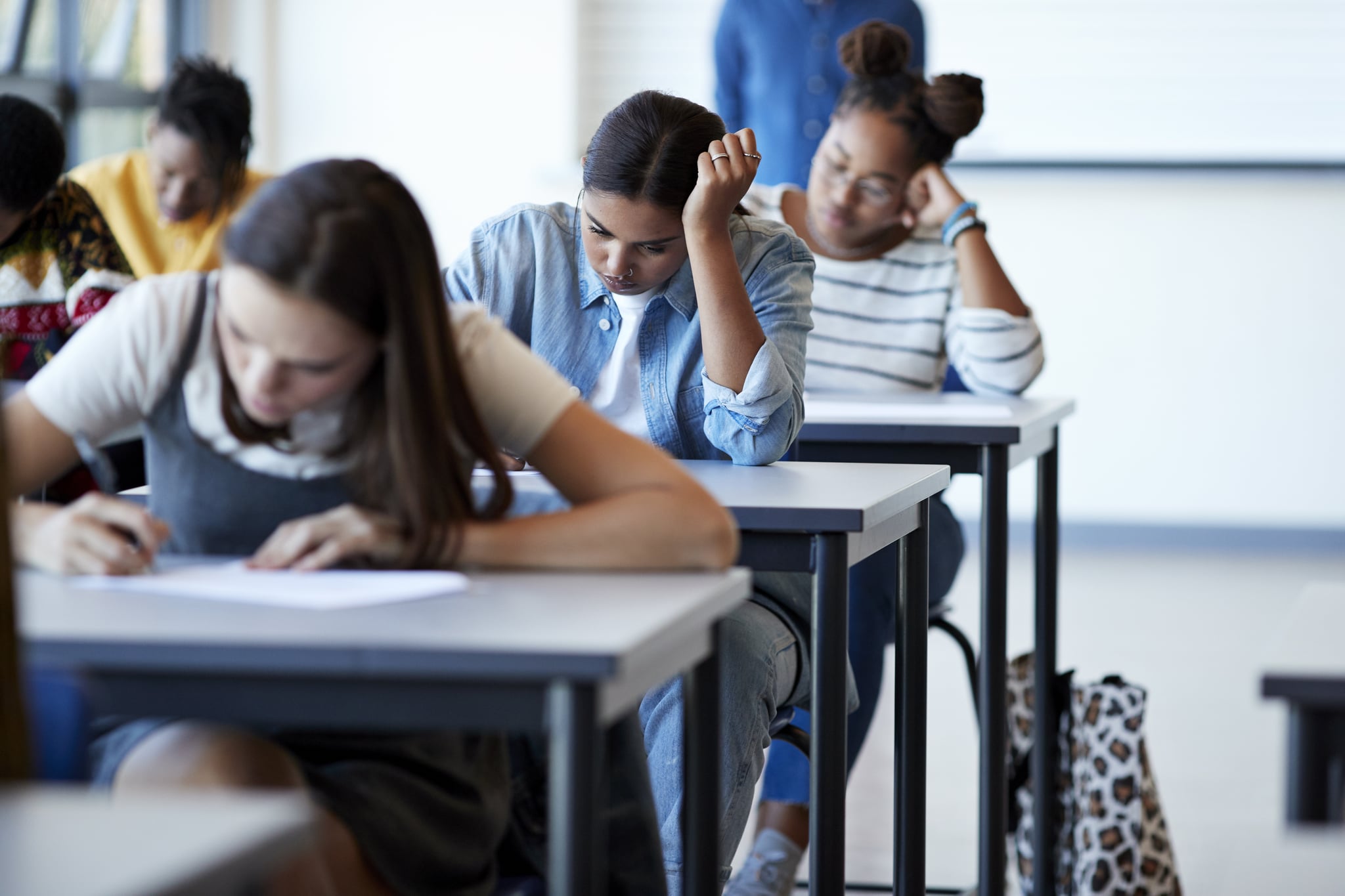 OK, so I realize I haven't always been the best at not procrastinating studying before finals — sometimes I waited up until three hours before — but I've definitely been trying to be better than my wild self maniacally cramming for tests at two in the morning. There is a misconception, which I blame partly on teen dramas that glamorize studying late at night with tons of junk food, music, and caffeine — that stress studying is a rite of passage in college. But honestly, it's kind of the worst. So in honor of students' mental health and normal sleep schedules everywhere, I have outlined all of the semester-long studying tips I have perfected.

Know What and When to Prioritize

One of my biggest study mistakes is when I consider all of my assignments and tests equal. Now, I take inventory of the percentages for each of my quizzes and test, and study strategically based on what needs my attention the most. This isn't to say that I neglect anything, but if I have a project worth 20 percent of my grade in sociology, then it will get more time than the one worth 3 percent in English. Organizing all of your assignments early helps to allocate time and energy through the semester without the misbelief induced by stress that everything should be crammed for.

Related:
I Wake Up Early Every Day to Do These 5 Things, and I've Never Felt Better

When you aren't forcefully memorizing all of your notes the weekend before finals week, you will actually notice how much more extra time you have during the day than you than you take advantage of. During the semester, I write out action plans for each day, rather than simply make a vague promise to myself that I will study. I look at each class and make detailed outlines to hold myself accountable for specific goals. A weekly schedule might look like:

Planning out each day with specifics helps with direction and focus, and also helps not to get too overwhelmed.

One of the more obvious, but underrated, benefits of being on top of your classes early on is the advantage of study groups, oftentimes hosted by professors or TAs. I know at the time they might seem inconvenient after you've just sat through lectures all day or a shift at work, but catching what you aren't understanding early is crucial. What I've also learned is more times than not, the practice questions are ones coming directly from the future final. Professors also really want people to attend their study sessions or office hours, because they not only want to know that you understand the material, but they also want get to know you. A professor who sees you trying will be a lot more receptive to you reaching out at the end of the semester, especially if you are hoping for a little round up on a grade.

Take and Listen to Recordings

Something I didn't take advantage of the first couple of years of college was recording lectures. During my junior year, I noticed the person next to me had her phone open to a voice recording app and told me she used it to rewrite notes later. When I tried it out, I noticed immediately how much better it was for my note-taking skills. Most of the time my professors would flip through slideshows bogged down with bullet points, but then give their own lecture aside from the information on the board. I couldn't take notes on everything, but the recordings supplemented that. You can also use recordings of yourself to study for language classes, listen to audio textbooks in the car, or as reminders of to-do lists. Just make sure to get your professor's permission before recording any of their lectures.

Just like physical strain, your mental abilities can't get pushed to a limit they aren't familiar with. If you've never memorized 15 biology pages in one day, then what makes you believe you can do it three hours before finals? Increase your workload little by little to train your brain how to retain material.

Related:
I Tried the Cornell Method, and It's Never Been Easier to Study For Finals

When you give yourself time to build up your tolerance for studying, then you get to enjoy finding how you study best. This might come from discovering new memorization techniques or a rewards system, but either way, consider alternate methods of transferring your notes to a new platform. Rewriting notes helps your brain retain all of that info, so moving text notes into an infographic or recordings to flashcards gives you choices in your study material, and the process strengthens memory.