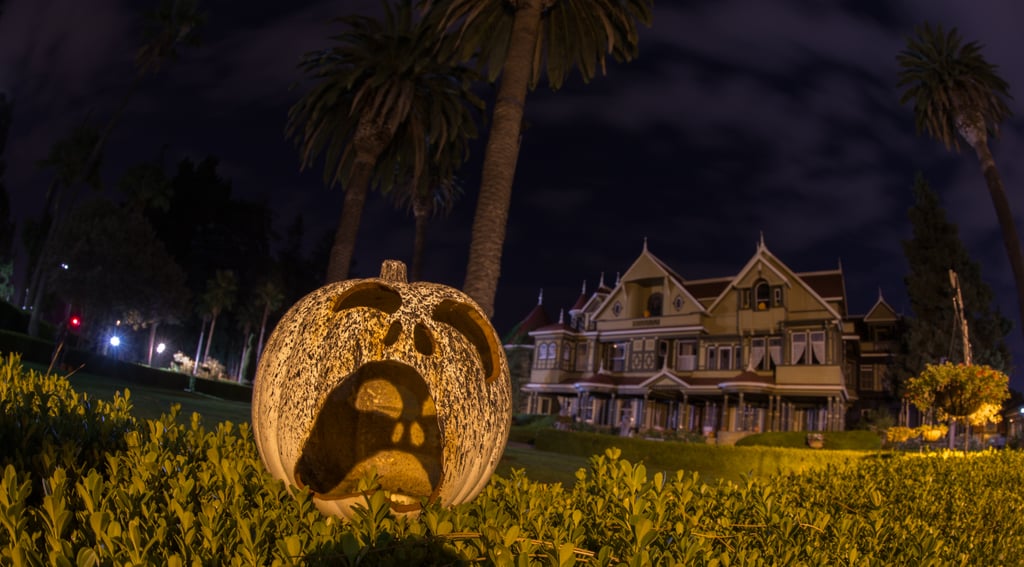 The Gardens at Halloween

Even the grounds surrounding the Winchester Mystery House aren't free of accounts of freaky and unexplained visions. One employee reported seeing a small woman dressed in black, who looked strangely similar to the estate's bonkers benefactor, chilling in the picnic area.

Video footage of a recorded tour in the stables captured unseen floating orbs. The front yard also gives visitors the best vantage point of the second-story window, where a translucent bushy-haired female was spotted by onlookers and captured in a photo during an official Facebook shoot last Spring.

Pet Advice
Maxbone Makes Everything My Dog Needs to Travel, Starting With This Stunning Carrier
by Morgan Ashley Parker 4 days ago