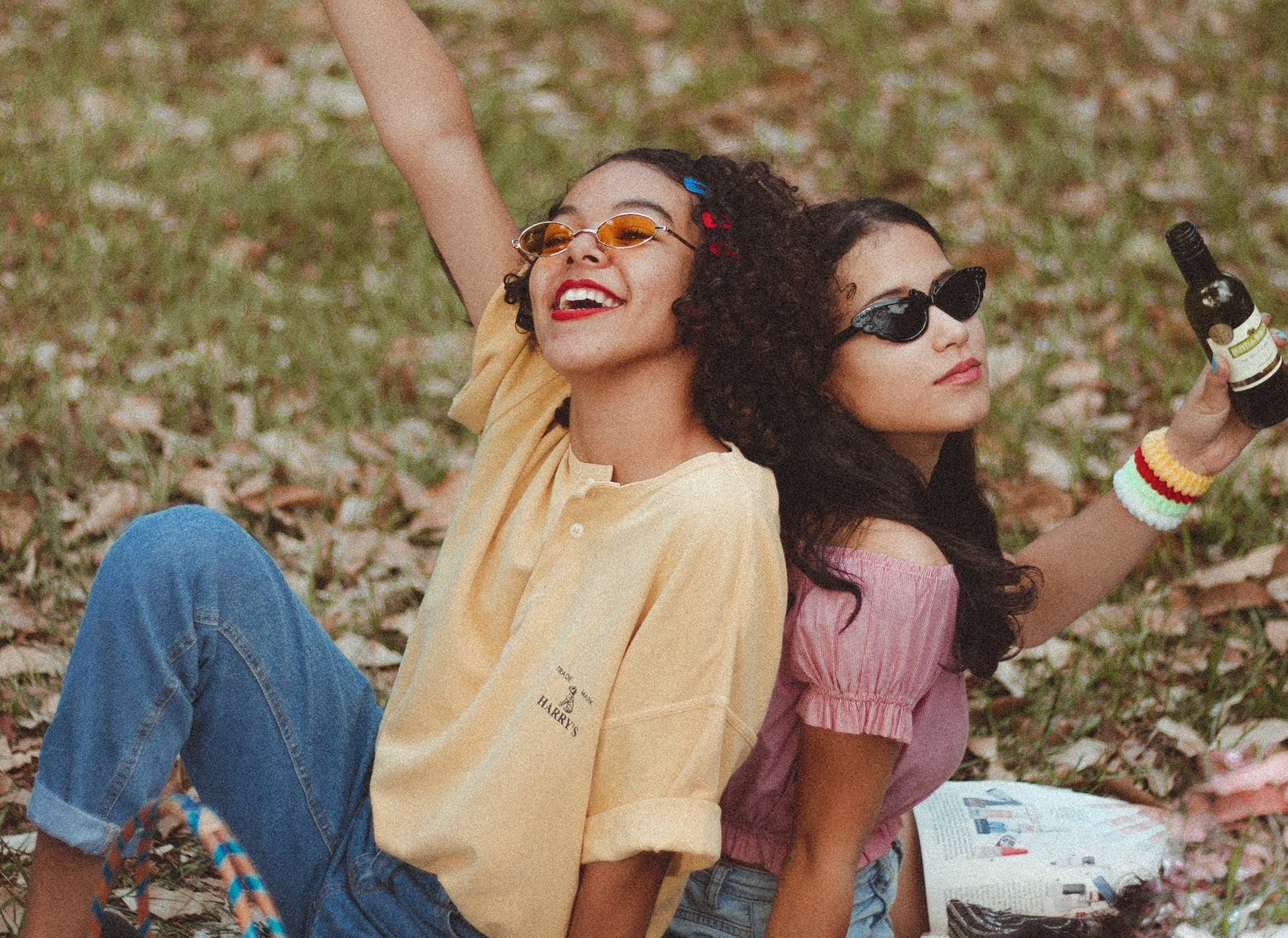 Everyone tells college students to get out of their comfort zone, discover new things, and make new friends. So when I was applying to colleges in 2015, everyone told me to not go to the same school as my best friend, and if we did, we definitely shouldn't room together. Well, after two acceptance letters and two failed attempts at finding different roommates, my best friend and I did exactly that.

Two months, two plane rides, and two sets of frantic parents moving their daughters into a 150-square-foot room later, and we were officially roomies. "Whatever, people don't know us, this will be fine," we said. Technically we were right, because now we laugh at just how close our friendship was to crumbling and the fact that we were able to come back from it and still voluntarily hang out with each other. Here are the pros and cons of our time in that dorm.

Pros of Living With Your Friend in College

The best part was definitely that there was always someone there who made me feel at home. Attending college out of state was a lot, and while I can't speak for everyone who moves far away, it was always a little heartbreaking when all the in-state students went home to their parents' house on the weekend to do laundry, get home-cooked meals, and sleep in their own beds. Meanwhile, we sat in our dorm room, but we were together, so I never felt completely alone.

Another major pro was having a best friend to always talk to. I'm the type of person who opens up when I know at least one other person in the room. Our school was big, so having my best friend there made the campus and the thought of talking to complete strangers less intimidating.

Cons of Living With Your Friend in College

The cons. Oh, the cons. While we had each other to lean on while putting ourselves out there, we just . . . didn't. We were way too comfortable and actually forgot that we were supposed to make new friends. So many times it would be us and maybe one other person, rather than the stereotypical big group you would meet up with on campus and go to football games with. We would hang out with each other outside of the dorm, too, so we were around each other 24/7. It was a lot.

Because we were on top of each other all the time and in each other's space, the fights were catastrophic. We went through three periods of not speaking because of built-up resentment and dumb mistakes. One of our biggest regrets is that we weren't talking when Beyoncé dropped Lemonade, so we couldn't even discuss it together (we were both very stubborn).

Should You Room With Your Friend in College?

Somehow (seriously, we don't know how), we made it through freshman year and found ourselves packing up our college dorm at the start of Summer with smiles on our faces. Whether the smiles were because we got to finally escape that terrible room or not isn't important. All we cared about was that we still liked each other. In those nine months, we really got to see the worst of one another, and yet our friendship survived.

In a funny twist, we ended up becoming roommates again our senior year, but this time we were in a five-bedroom house with other friends. And we didn't fight once. It was great, because we had learned the boundaries we needed to not annoy the crap out of each other. And because we had other roommates, we were also able to branch out from each other and make new friends.

While some friends might love living together, I personally wouldn't recommend it, especially for your freshman year of college. Dorms are small, personalities are big, and there are so many new experiences just waiting to be had on your own or with new people. I wouldn't change my experience, but it's safe to say my friend and I came this close to breaking up for good.