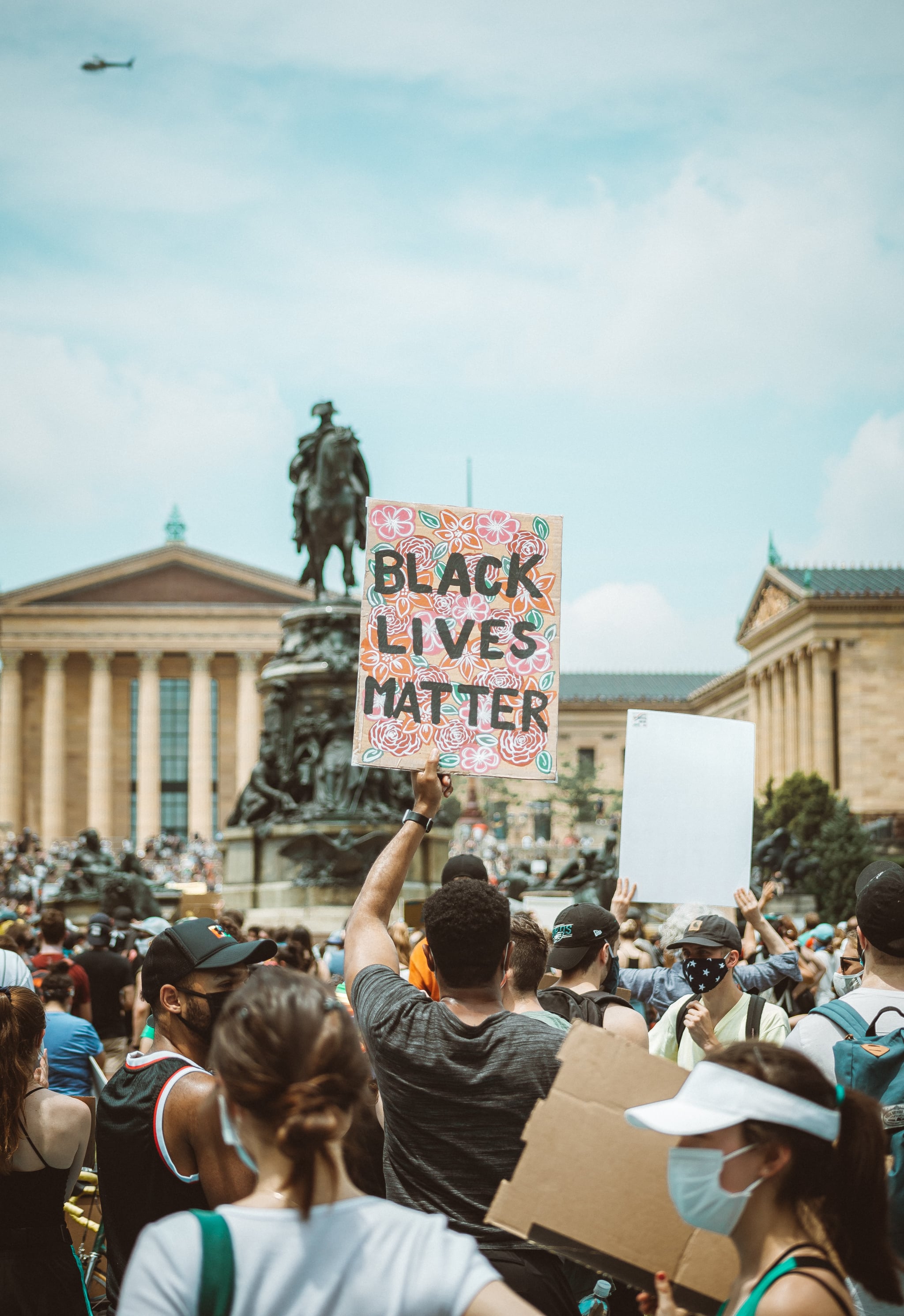 When I lived in London, my British friends often questioned why I said thank you so much. Growing up in America, I was wired to politely thank anyone that opened a car door for me, let me jump the line when I only had one item, or gave me an extra coin if I was short at the cash register. In England, they found it so unnecessary to express gratitude for simple, decent acts. My thank-yous there were typically followed by a "that's alright" in response. For them, offering kind gestures and standing up for their friends was second nature. It was common sense and the right thing to do. They never banked on or anticipated gratitude for being decent human beings. And this is how activism should be. Good acts done out of second nature, without the expectancy of a thank you.

You're not a superhero for caring about social justice issues, you're just a human doing the right thing.

As a Black woman, in light of the recent spotlight on Black Lives Matter, I've received hundreds of messages of solidarity, screenshots of friends "doing the work," and questions on how best to address racism in the workplace. I even had a college friend message me saying, "Hey, I know we don't talk anymore, but you're my closest friend of color and I stand with you." Although I appreciate the allyship — after all, it takes a large mass of people invested in liberatory work to succeed — I don't appreciate the effects such statements have on me. Similar to early June when I received "I'm sorry. I didn't know how bad it was" texts over and over again, it makes me feel like I need to respond. To the "I'm sorry" texts, I felt compelled to say, "I accept your apology." And now, seeing people truly do the work, I'm fighting the words "thank you" from coming out of my mouth.

I've noticed the few times I did say thank you, I received "all good, girl" or "it's about doing the work" replies that didn't have much weight to them. In some cases, my thank-yous were seen as a stamp of approval or incentive to continue reposting the same memes or tweets as mass media continued to do. It was as if they were waiting for me to thank them so they could move on. They hashtagged #sayhisname or #justiceforbreonnataylor and then carried on with their day, posting social-distancing picnics or Netflix shows they were binging. These disingenuous declarations against racism are just a way to ease the guilt and prove they are "one of the good ones."

Related:
Activists — It's a Marathon, Not a Sprint

I'm not saying public allyship can't bring change. In a lot of ways it creates visibility for people who easily dismiss or refuse to see racism. But true activism does not start and end with a reposted Instagram post or tweet. That is performative. Done simply because activism is in fashion. And done to receive praise points.

It's important to educate ourselves before we engage publicly. I too have been guilty of this when posting about my unwavering support for political candidates only to find out they were recently involved in an encounter that goes against everything I stand for. We are too quick to share our thoughts without any real thought or research behind it. Blinded by the pressure of speaking up in a world where silence is complacency.

I still feel compelled to say thank you to certain friends I see posting and advocating for Black lives. For so long, racism had felt like a one-sided fight that only Black people cared about. Seeing the masses take responsibility and offer solutions is exciting and makes me want to express gratitude for showing up. But I'm here to say you're not a superhero for caring about social-justice issues, you're just a human doing the right thing. And that shouldn't require a thank you.