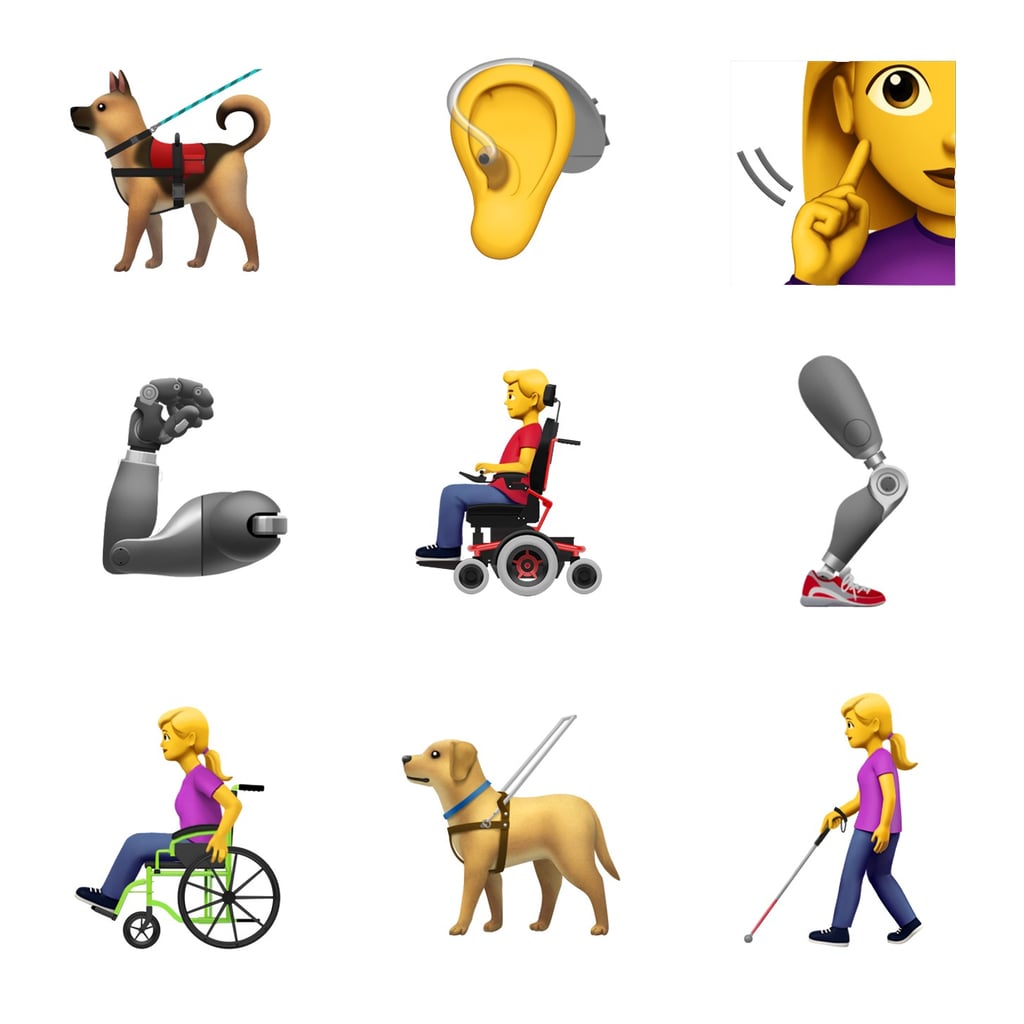 On March 23, Apple shared some exciting news. The company has proposed adding disability-themed emoji to the ever-growing emoji family. According to a press release, Apple "consulted with leading organizations supporting people with disabilities such as the American Council of the Blind, Cerebral Palsy Foundation, and National Association For the Deaf in putting together the proposal." The new additions include service dogs, prosthetic limbs, people in wheelchairs, people using walking sticks, and even an ear with a hearing aid in it. The company also noted that it goes to "great lengths to design accessibility into every product and [believe] strongly that everyone should be represented within the emoji universe."

As for when the emoji will actually appear in your iOS or OS keyboard? That's where it gets complicated. These emoji must first be adopted by Unicode, which is the company responsible for actually encoding the emoji. Apple has pitched these concepts with hopes that they will be encoded, and once that happens, they can be incorporated in future OS updates. But hey, it's a first exciting step in the process.

Continue on to see the 13 emoji Apple has pitched so far. While the company notes that "this is not meant to be a comprehensive list of all possible depictions of disabilities," Apple says it "want[s] this proposal to serve as a starting point for greater diversity within emoji."

Related:
Slay All Day With This Feminist Emoji App
Previous Next Start Slideshow
Apple Is Expanding Its Emoji Family in an Incredible and Inclusive Way originally posted on POPSUGAR News
Digital LifeAppleEmojiTech
Around The Web

Digital Life
Do You Hear "Brainstorm" or "Green Needle" When You Listen to This Trippy Audio?
by Chanel Vargas 1 day ago