We've been waiting for Captain America: The Winter Soldier for quite some time. Thankfully, the film starring Chris Evans and Scarlett Johansson is finally hitting theaters April 4! At last year's Comic-Con, Chris and Scarlett discussed the developing camaraderie between the Captain America and Black Widow — who are now our two favorite Avengers. Below, learn more about the duo's budding friendship and Scarlett's thoughts about how women are represented in Marvel movies. 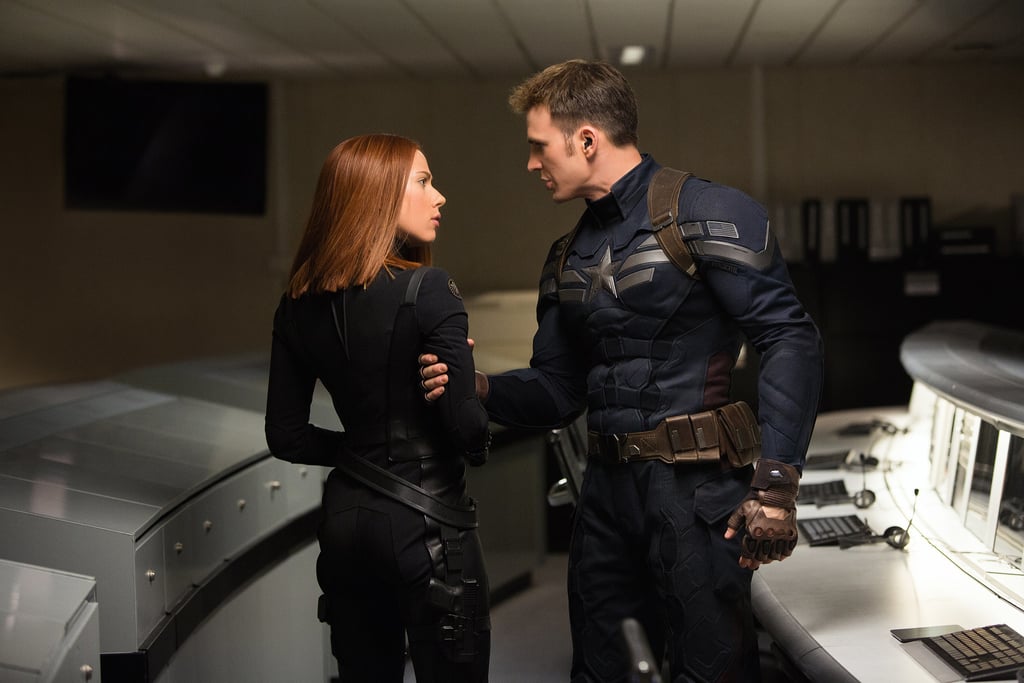 Scarlett and Chris dished on why the characters form an unlikely bond in Captain America: The Winter Soldier:

Scarlett also touched on why Joss Whedon is a pioneer in portraying female characters.