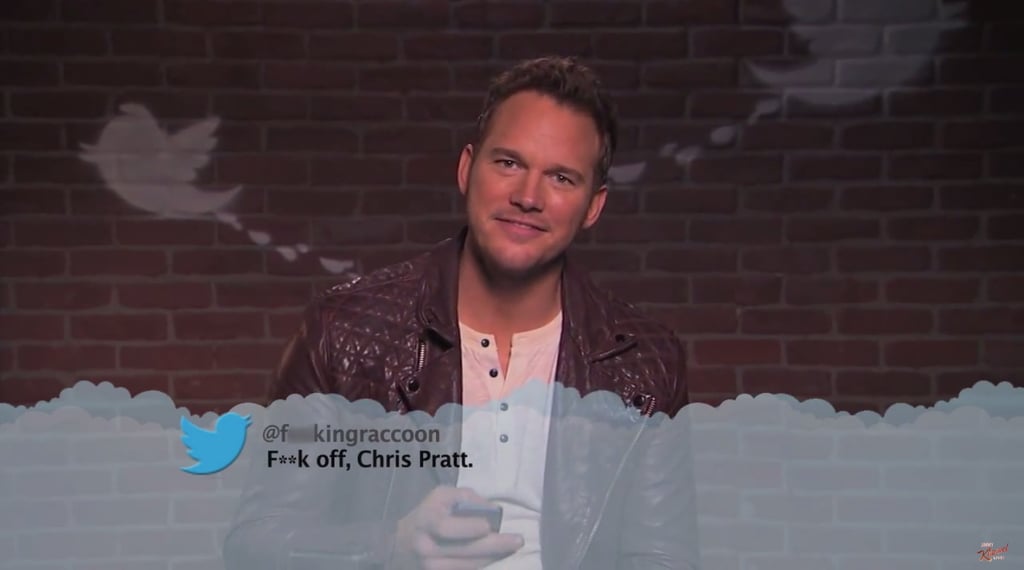 Perhaps it's because there is no real censorship, or maybe it's out of pure boredom, but people really let it all out on Twitter. From updates regarding day-to-day activities to gripes about celebrities with punchable faces, Twitter is an outlet where users really let loose — and luckily for us, it can often be hilarious! To celebrate the social network's recent ninth birthday, we've rounded up some of the absolute funniest Twitter moments that, let's be honest, you've probably already retweeted.

HEY IT'S ME your facebook friend from high school who never left our hometown & thinks Olive Garden is fancy. Anyway here's a racist article

A fall afternoon. Farmer's market. Drake is apple picking and stumbles across a bruised apple. "Who did this to you?", he whispers.

I don't need femims because I LOVE taking care of my home!! Femisists REFUSE to live in homes, they all sleep in hollowed out tree stumps

is there anything more capitalist than a peanut with a top hat, cane, and monocle selling you other peanuts to eat

Isn't every show pretty much a Walking Dead prequel?

If you live to be 100, you should make up some fake reason why, just to fuck with people... like claim you ate a pinecone every single day.

How dare you. He worked hard for that degree. pic.twitter.com/mHglLqZTRv

Just taught my kids about taxes by eating 38% of their ice cream.

It's cute how I used to think this "barely-holding-it-together" feeling was temporary.

How much for the horse tornado? Sir, that's a carousel. I must have it.

A Little Girl Just Asked Me If I Was Willow Smith I Humbly Said Yes And Took A Selfie.

you think being catcalled is offensive? wait until you get honked at by a guy on a segway

"You CAN even." - white girl life coach

It perfectly symbolizes the human race that it begins every new year by dropping the ball.

Damn girl are you a pizza at a Chinese buffet because I'm not feeling it right now but I see you over there doing you and I respect that.

*hugs girlfriend, gets on 1 knee* honey, would you *points up, fireworks spell out "LIKE A FREE IPAD?" she looks down& i'm holding a survey*

Leaving my browser history open in case anyone in this coffee shop tries to steal my laptop when I'm in the bathroom. pic.twitter.com/IOo89Vypy7

Ways I'm like a tea kettle: 1) need water 2) start screaming when someone forgets abt me 3) could burn down a house but probably never will

I like to imagine Supreme Court is just like regular court but with tomatoes and sour cream.

hello 9-1-1? my girlfriend's been kidnapped "stay calm sir, what's ur girlfriend's name" oh she goes to another school u wouldn't know her

waiter, there's a reflection of a sad and lonely man in my soup

"I'm excited for the continental breakfast" *sees a buffet just full of ice cubes* "What the..." Sign: Today's Continent is Antartica

Battery's low. Drake plugs in his iPhone & it asks "Trust this computer?" He takes a moment and sighs "I don't know who to trust anymore."