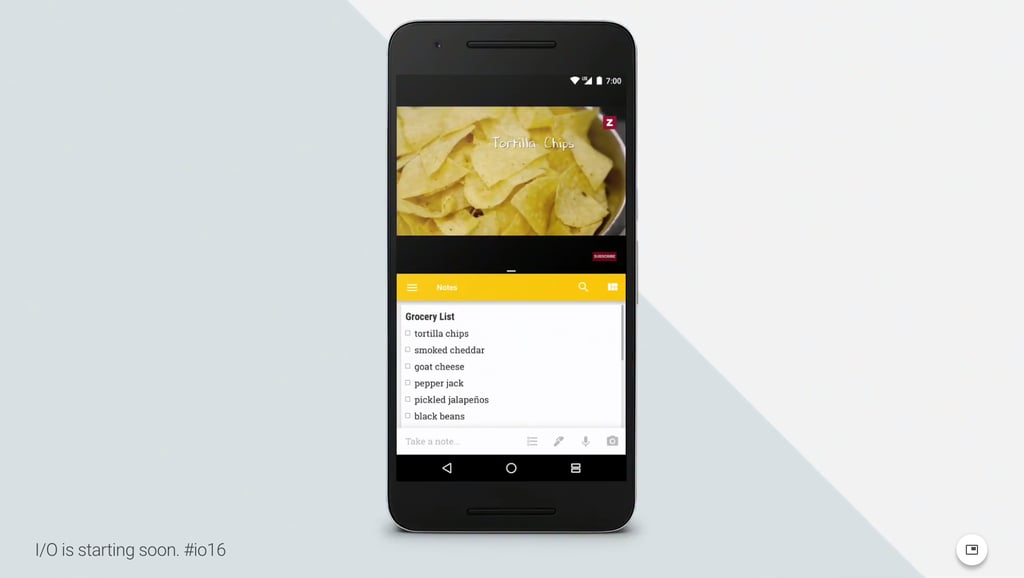 At Google's annual developer conference, Google I/O, the company announced more features for its latest mobile operating system, Android N — or as the company revealed, Android Nougat. See what new capabilities you can expect ahead.

Android Nougat starts rolling out as an over-the-air update on Aug. 22 but only to Nexus devices: the Nexus 6P, 5X, 6, 9, Nexus Player, and the Pixel C. It's unclear when each device can expect to see it, as different carriers might "receive it later than others," according to a Google blog post.

Keep looking to see what features to expect and get ready to enjoy Android Nougat.