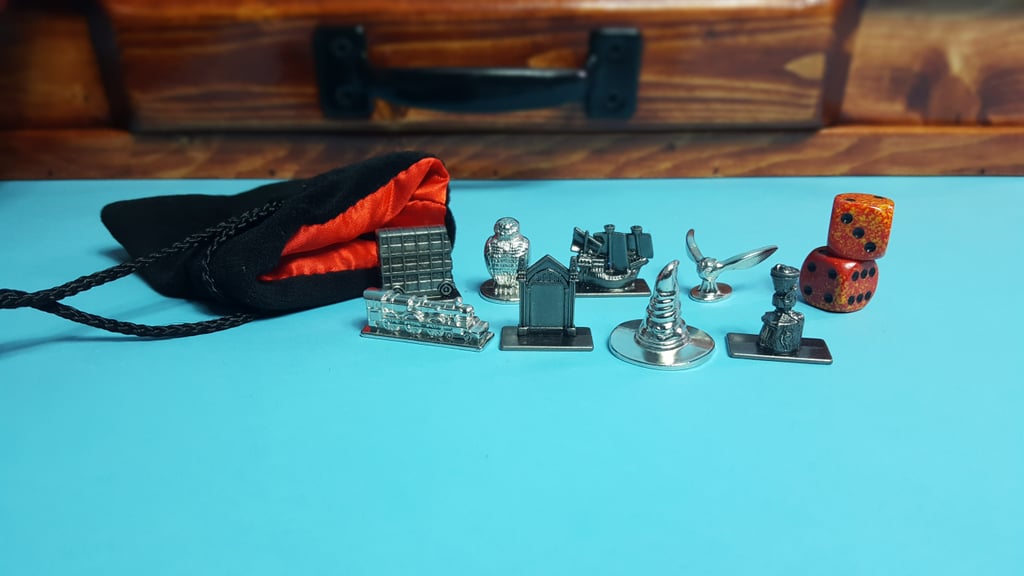 Monopoly will never be the same again, all because of an expert DIYer who created the most epic set known to the world. Reddit user watzizzname built a Harry Potter Monopoly set for a (very lucky!) friend, and it is so gorgeous we can't look away. The set is SO detailed, all the way down to the pieces and the Potter-inspired Monopoly cash. Here's how he did it:

"The box was made out of some scrap wood with a simple handle and latch. The player pieces are from Harry Potter Scene It. The huts and halls (houses and hotels) were 3D printed and then painted. The board is made out of 3/4" plywood. The printed play area was put on using Mod Podge. I used magnets inlaid in the edge of the board instead of using a hinge because magnets are magical :) I also covered the bottom of the board, money tray and inside of the box with nice soft felt."

Other Harry Potter fans have been understandably obsessed and are reaching out to the mastermind of the board with their own requests for a set just like this one. I may or may not have been one of those fans . . . Scroll through the images, and prepare to be floored.