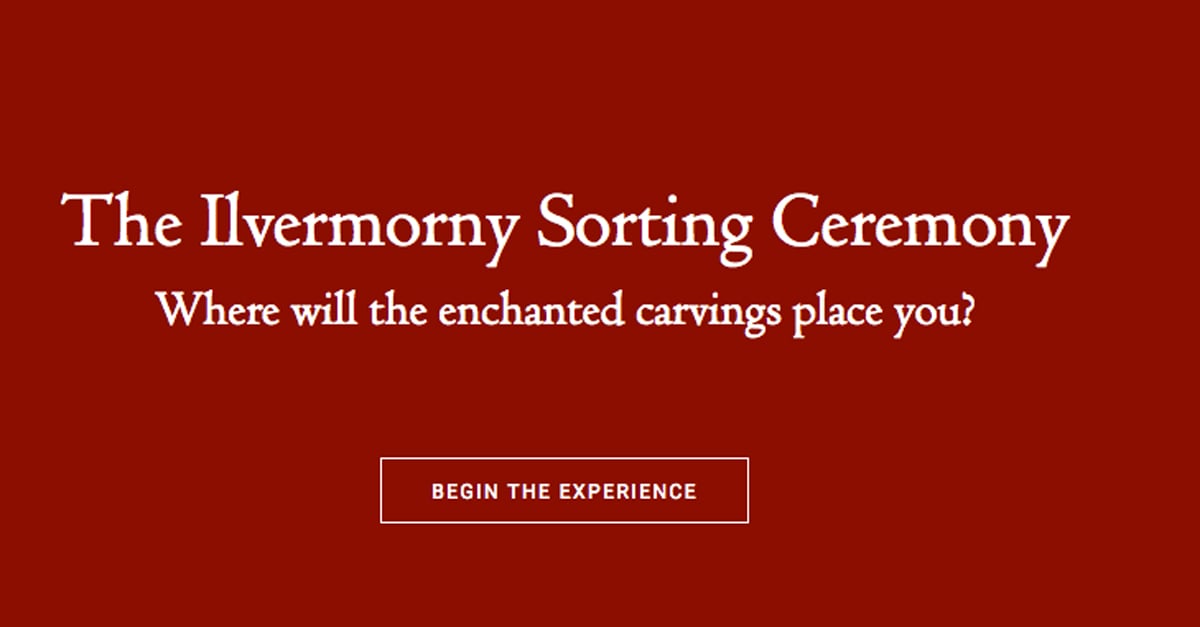 If you were anxiously waiting to get sorted into Ilvermorny — J.K. Rowling's American version of Hogwarts — the wait is over. The author not only released a new video and backstory about the school, but also an official sorting ceremony quiz on Pottermore that she wrote herself. Similar to the Hogwarts sorting hat quiz, the user is taken through a series of questions before being delivered a final house verdict. The four houses in Ilvermorny are Horned Serpent, Wampus, Pukwudgie, and Thunderbird and are based on magical creatures native to North America.

J.K. Rowling even shared some extra tidbit on Pottermore about the houses:

"It is sometimes said of the Ilvermorny houses that they represent the whole witch or wizard: the mind is represented by Horned Serpent; the body, Wampus; the heart, Pukwudgie and the soul, Thunderbird. Others say that Horned Serpent favours scholars, Wampus, warriors, Pukwudgie, healers and Thunderbird, adventurers."

Rowling herself is a Thunderbird, she shared on Twitter following the release of the sorting quiz:

Donate it to your favourite charity. I'm a Thunderbird. https://t.co/MKXrHFcPQM

To take the quiz, simply sign up for an account on Pottermore (if you don't already have one) and click The Ilvermorny Sorting Ceremony. Good luck! 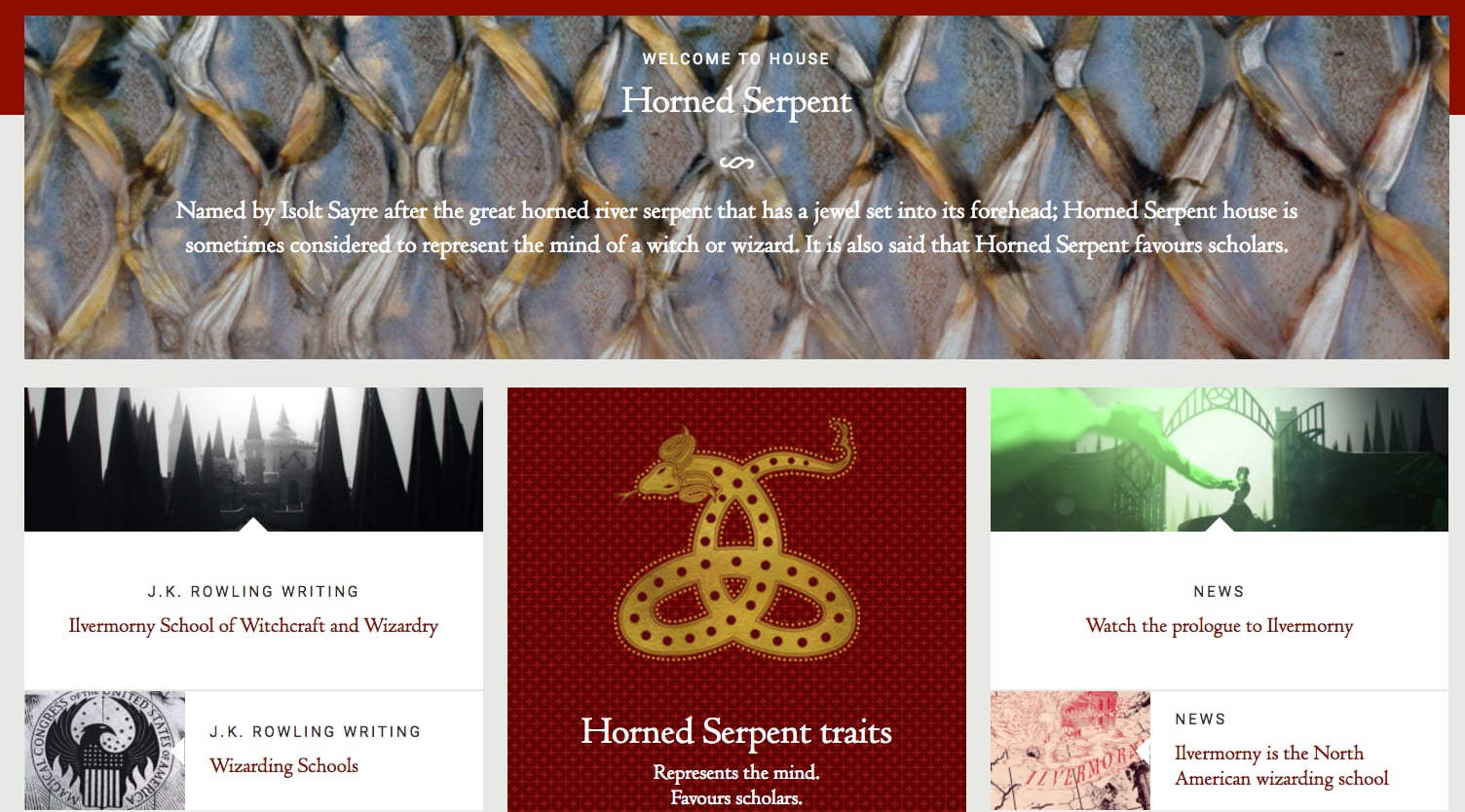 Harry PotterFantastic Beasts And Where To Find Them