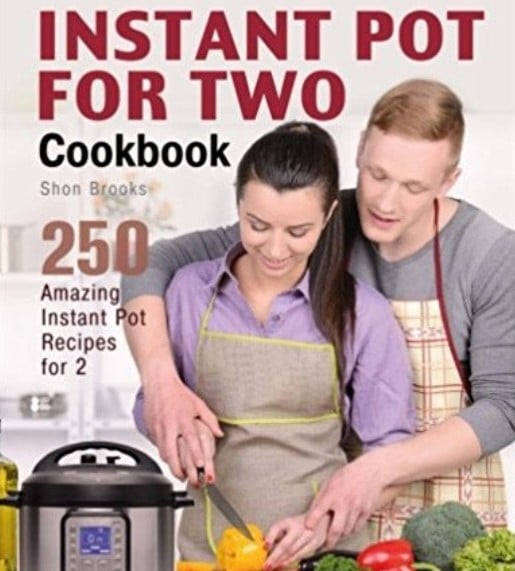 Regardless of whether or not you personally spend any time cooking, chances are you've probably come across Instant Pot, the wildly popular pressure cooker that has taken the internet (and our kitchens) by storm. But as Mike Rugnetta pointed out on Twitter on Jan. 22, there's one aspect of the cultural phenomenon that totally misses the mark, and it's all centered on a series of cookbooks that claim to deliver the best meals to make for two.

While these publications are by no means produced by the Instant Pot makers themselves, dozens of cookbooks have appeared in recent days that share one very uncomfortable trait: each cookbook cover features a man looming over a woman, often guiding her hands as she preps the meal — an action that one exceptionally brilliant Twitter user dubbed "handsplaining."

Naturally, the internet was not having any of this — and gave the "handsplaining" trend the smackdown it so very, very much deserved. Ahead, check out some of what went down when Twitter was made aware of the downright ludicrous branding that threatened to tarnish the reputation of 2018's most popular gadget.