Crowd-funding on the Internet has helped make feature films, video games, and a new take on portable music. Now, Internet Good Samaritans have the chance to support some of the most in-need campaigns online with a new crowd-funding platform called Sports Matter, created by the Dick's Sporting Goods Foundation, which hopes to help kids remain active when their school and intramural sports are being affected by budget cuts.

During a launch of the campaign at South by Southwest this month, Sports Matter ambassador Michael B. Jordan, who played quarterback Vince Howard on Friday Night Lights, explained to us why he is rallying for online fund-raising. "You can help so many people through digital, with charities and sites like Sports Matter. I want to be more involved with that world." 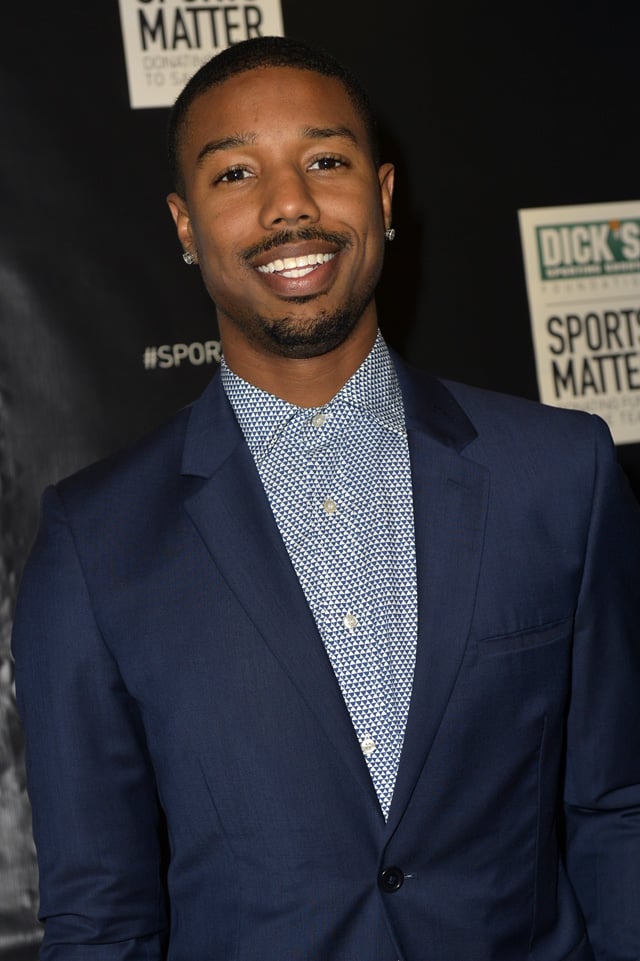 While speaking to Michael about Sports Matter, we put him in the hot seat for a geek lightning round. Here, Michael’s take on the future of technology, his favorite apps, and his upcoming role as a sci-fi comic book star in the Fantastic Four remake.

POPSUGAR: Beyond websites like Sports Matter doing amazing things for everyday people, where do you see the future of technology going?

Michael B. Jordan: Elon Musk, what he's doing, privatizing space travel is genius. It's next level. So eventually, it'll only be a matter of time before we're getting real estate on other planets. We've got to forward think like that — it'd be ignorant of us not to, if we don't think that far ahead, or that we'll evolve. The Earth is but so big, we can only use so much. So I think, yeah, space travel, hopefully in my lifetime, that'd be pretty cool. That's the future.

PS: You were just announced as playing the Human Torch in the upcoming Fantastic Four movie! Which comic books did you grow up on?

MJ: Fantastic Four was one of them, for sure. Spider-Man, Iron Man, a lot of those. X-Men, X-Calibre, Cable, and Bishop.

PS: Now that you're entering this world of science fiction, any sci-fi films you always come back to?

MJ: The first Alien was really good for me, and scary. Independence Day with the "We will not go silently into the night" speech. Classic.

PS: At a festival like SXSW, it's all about the new apps. Which apps would we find on your home sceen?

MJ: You know Waze? I love Waze — that is on my home screen. Instagram is my go-to, of course. Shazam and Spotify, all the time. The new Shazam shows lyrics — so great.

Lady Gaga
How Has It Taken Me Years to Notice the Handsome Specimen That Is Lady Gaga's Bodyguard?!
by Victoria Messina 1 week ago