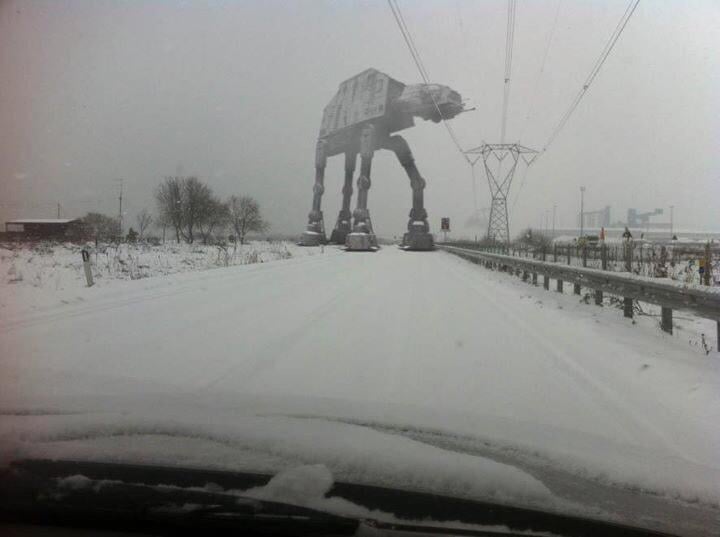 "It's not business as usual," New York City Mayor Bill de Blasio said this week about what could be the largest blizzard in the city's history. While citizens of the Northeast brace themselves to stay safe during the serious weather conditions, they're also having some fun with being cooped up. From thoughts on the amount of kale on hand to fuel morning smoothies to photoshopped Star Wars cameos, here's how East Coasters are keeping their spirits up on social media.

Really wish Queen Elsa would learn to keep her emotions under control. #Snowmageddon2015

Wish it would move so I can get home before the blizzard. #juno2015 pic.twitter.com/IY87MAfVJz

And in a few tweets that show the storm does have consequences, share these tweets reminding people to look out for their friends of all ages and species.

URGENT! Please remind everyone you know to keep their animals INDOORS! #Snowmageddon2015 pic.twitter.com/mrJ4pY9V8X

#Snowmageddon2015 Be safe & look in on elderly living alone. We all need to help each other in weather emergencies. Follow @RedCross