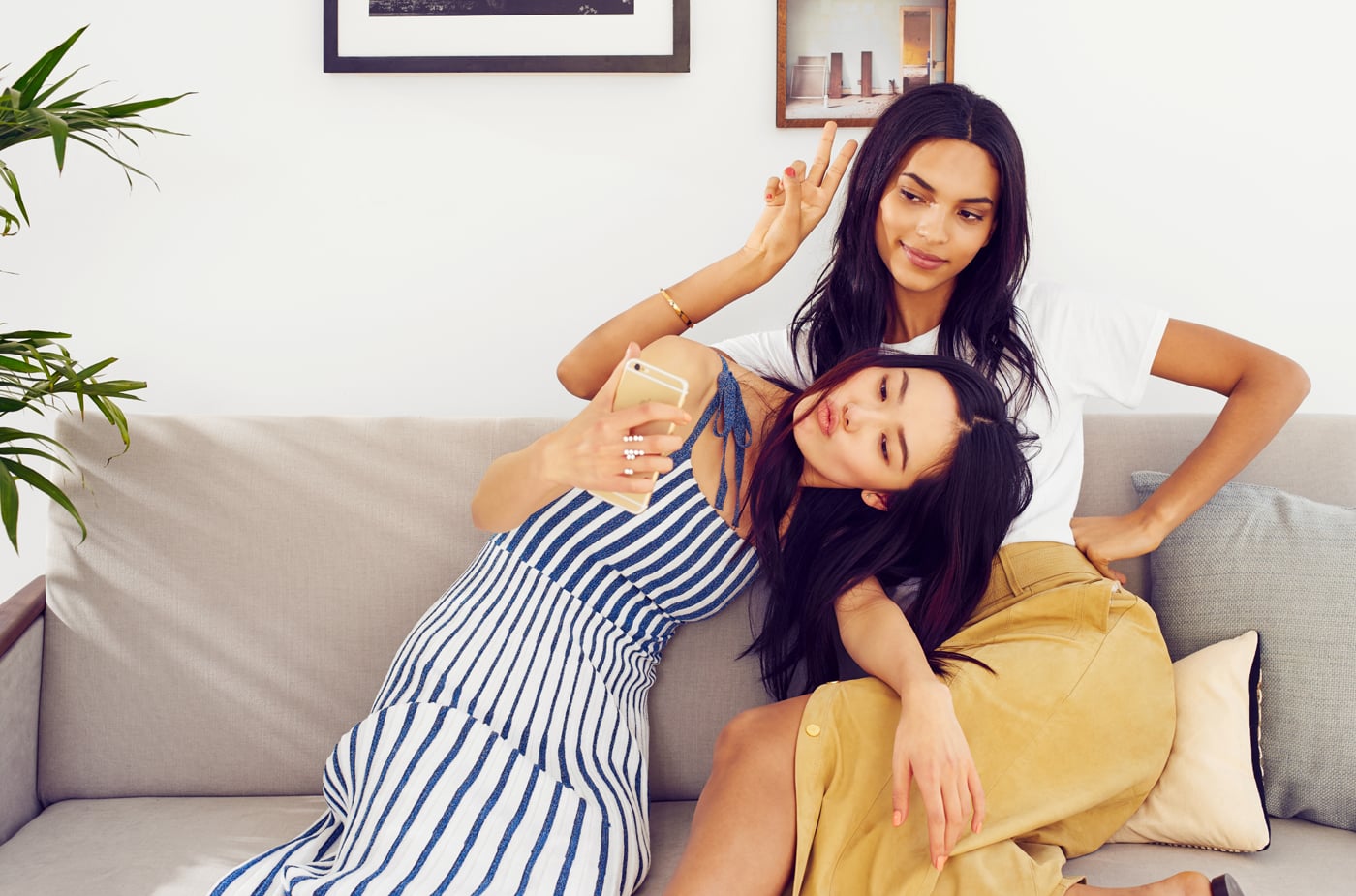 Image Source: POPSUGAR Photography / Maria del Rio
Product Credit: On Left: Zara Dress, Delfina Delettrez Ring. On Right: Everlane T-Shirt, Frame Skirt, Theresa M Lee Rings, Gabriela Artigas Bracelet
You might spend enough of your time scrolling through Instagram every few hours and sending Snapchats that you're considering a digital detox. But keep in mind you're probably not as bad as the average teen who spends more than six hours on their phone. It's just one fact that the team at Rawhide Boys Ranch listed on an infographic they created that breaks down this addiction and how to help teens.

Some of the health concerns associated with smartphone addiction in teens include:

These are easily fixable problems, but the team also looked at habits and found that 77 percent of teens say they think they can text and drive. Understandably, 61 percent of parents are worried and don't know what to do next. The infographic below outlines solutions for parents, like focusing on educating teens about the health effects and striking a balance between online and offline.

Take a look at the infographic below that breaks down the latest data surrounding teen smartphone use while exploring the signs, symptoms, and psychology behind it.

Digital Life
Turn Your Home Into a Pub With These 10 St. Paddy's Day Drinking Games For Zoom
by Haley Lyndes 2 days ago

Tech Tips
This iPhone Hack Lets You Take a Full-Page Screenshot With Scrolling, and It's Such a Timesaver
by Ashley Broadwater 1 week ago