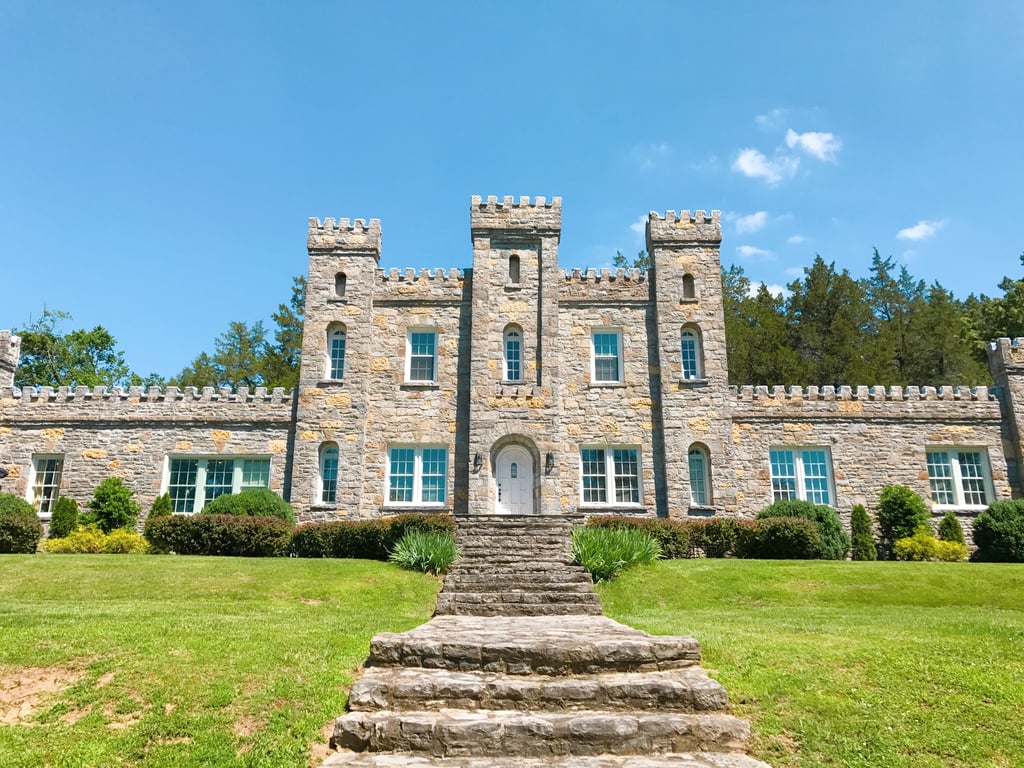 I drove past this castle outside of Nashville and did a double take. What in the world was this stone fortress doing out in the middle of nowhere, tucked into the lush greenery and rolling hills of Tennessee? I was so stunned, in fact, that I didn't realize it was the next stop on my itinerary. I was on a Chevrolet-sponsored trip in Nashville, and a part of it included a tour of the aptly named Castle Recording Studios, a place I didn't realize was in an actual castle.

The history of Castle Recording Studios is pretty fascinating. It was built around 1930 by Al Capone as an illegal gambling casino at the halfway point between Chicago and Florida or New Orleans for traveling gangsters. There are even gambling-symbol-shaped rocks incorporated into the walkway that leads to the front of the castle. Whether or not there are bodies buried in the back under the suspicious-looking "headstone," we may never know . . .

Related:
How to Enjoy Nashville Even If You Don't Like Country Music

After its illicit beginnings, it was used as a restaurant in the '40s, where (according to the studio's website) Bob Hope, Spencer Tracy, and other actors would enjoy meals while they were filming a movie in the area. The Nuyens family, a European bluegrass group, acquired the space in 1979 and founded Castle Recording Studios in 1982. Hundreds of famous musicians from around the world have recorded albums at "The Castle," including pretty much every big name in country music. Today, it's still used by artists who rent the studio to record their albums in an idyllic setting outside the bustling city of Nashville. (There's even a hammock out back for dreaming up song lyrics.)

See inside the Castle now — and get a glimpse of it in action during a recording session with Justin Adams, an up-and-coming country artist.

Nicole Richie
6 Times Nicole Richie, aka Nikki Fre$h, Proved She Was Born to Be a "Trap Star"
by Monica Sisavat 1 hour ago

The Voice
The Voice: This Rihanna Cover Was So Intimate, Nick Jonas Wasn't Sure If He Should Look Away
by Kelsie Gibson 7 hours ago